A role reversal : There was a time when Indian rally drivers would cite inexperience while competing internationally 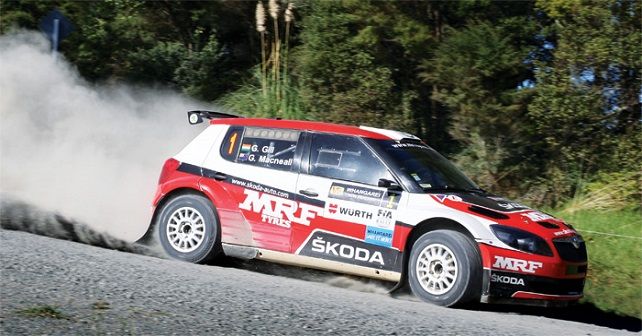 There was a time when Indian rally drivers would cite inexperience while competing internationally. The shoe might be on the other foot.

Please do not jump to conclusions here. I am well aware of the number of times an Indian motorsport personality’s participation on the international stage has been heralded by the press here as the breaking of the glass ceiling, the turning point in Indian motor sport and other such lofty proclamations.

That includes me as well, before getting comfortably into my thirties (I just made myself feel a little old). All the way back to when I covered three-time national rally champion Gaurav Gill become the first Indian driver to win a round of the FIA Asia Pacific Rally Championship at the 2008 Rally Indonesia.

Normally what happens in such situations is that the said driver will arrive at an international arena with much fanfare and expectations and not live up to them. Everything from Indian drivers’ lack of a ‘killer attitude’ (one of the most worn out sports terminologies) to the justifiable criticism of the domestic motorsport set up and even more justifiable citation of a lack of funds to compete in the big leagues rears its head.

However the statements by Gill and his Team MRF Skoda teammate Jan Kopecky – who just happens to be the defending FIA European Rally Champion - at the end of the opening round of this year’s Rally of Whangarei seemed like a case of role reversal. 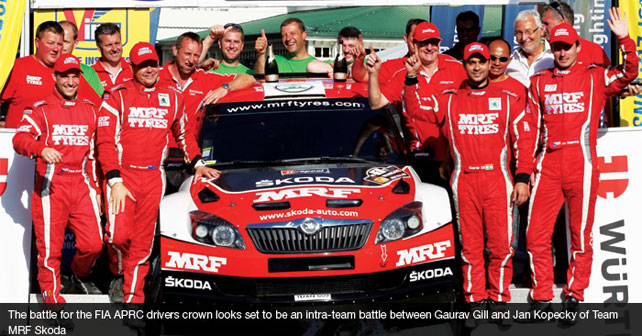 Here was Gill, the defending APRC champion, who had started his title defence after turning a 25 second deficit at the end of the first day into a 12 second margin of victory at the end of the second looking confident of more victories to come.

In contrast Kopecky – who is just a month younger than Gill and has competed in the World Rally Championship from 2002 to 2008, including with the Skoda factory team – was citing inexperience on the super-fast and ‘slippery’ gravel stages in the Northland region of New Zealand.

This is the same Kopecky who has competed in the fastest and slipperiest rally of them all, Rally Finland, three times in the WRC. The last two of these came behind the wheel of a WRC-Spec Skoda Fabia (previous generation) in which he finished in the points in 2007.

The very same Kopecky who finished runner-up four straight times in the Intercontinental Rally Challenge (IRC) from 2009 to 2012 for the works Skoda team driving the kind of Super 2000 spec Fabia that Gill only drove for the first time in 2012 in APRC. Also the same Kopecky who romped to the title in 2013 when the IRC morphed into the FIA European Rally Championship (ERC), once more with Skoda.

While Kopecky was dominating the ERC, Esapekka Lappi,  the defending national rally champion of Finland – yes, that country of ‘Flying Finns’ – was brought in as Gill’s teammate to replace the vastly experienced (and former WRC podium finisher with Subaru) Chris Atkinson who won the 2012 APRC title. 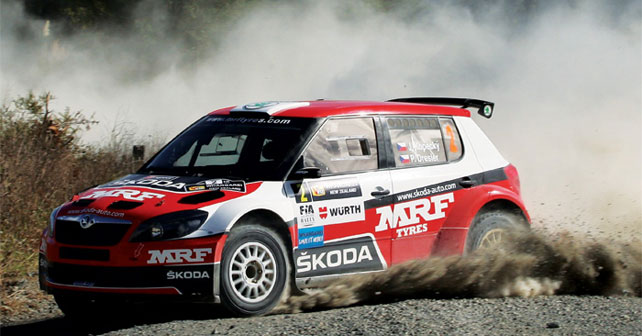 The 32-year-old from New Delhi duly beat Lappi by using his experience and consistency (something that would, by reputation, never be associated with Gill in the past) to counter the Finn’s searing pace that saw him beat Gill on the road whenever the two finished a rally. And yet it was Gill who finished more often and took the crown. And looks to be off to a flying start based on his performance in New Zealand.

READING TOO MUCH INTO IT?

It all seems laid out in very straightforward black and white doesn’t it? With Skoda’s motorsport division directly getting involved with the already big spending MRF Tyres, Gill has – since 2007, and full-time since 2009 – had access to the funds and machinery to compete against some of the fastest drivers from Australia, New Zealand, Japan, Finland and now Skoda’s native country of Czech Republic. And compete against them in machinery about as cutting edge as you will find on a rally stage anywhere in the world.

His increased speed and consistency has been apparent even in a far slower and less nimble rally prepped Mahindra XUV 500 at national rally events although cross country success has eluded him recently.

Could it possibly be that there is now an Indian rally driver who has had the funding and training to hold his own at a WRC-2 level?

It’s a tempting, potentially hasty thought, but a lot less than it would have been a mere six years ago. Hopefully not a case of ‘same story, different book’. Even in the event that it is, beating a Finnish national level and a European rally champion in equal machinery is nothing to sneeze at.