Home » APRC » Delay of game - Rallying : Impending general elections and a checkered past have thrown some doubt on India’s

Delay of game - Rallying : Impending general elections and a checkered past have thrown some doubt on India’s 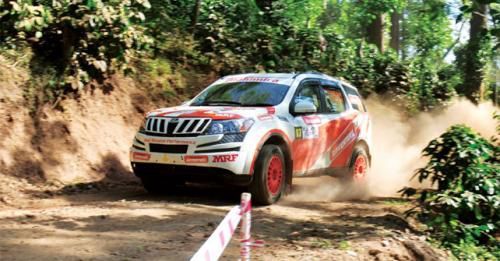 Even before the final round of last year’s Indian National Rally Championship (INRC) finale in Chikmagalur, the word was out that observers from the International Automobile Federation (FIA) would be present at the event to evaluate its candidacy as a venue for an Asia Cup.

Speaking to autoX at the conclusion of the event, the FIA’s designated observer for the event, Brian Murray had confirmed that Chikmagalur had been listed on the Asia Cup calendar and seemed confident that the April 25 to 27 dates would be finalized by the FIA.

However, it was confirmed by both outgoing Federation of Motor Sport Clubs of India (FMSCI) president Vicky Chandhok and the FMSCI Rally Commission chairman Ashwin Pandit that parliamentary elections in April and then the monsoons in May would make it impossible to host the event on the designated dates this year.

While we look ahead to next year, it is worth taking stock of what it would mean for India to be included in the Asia Cup calendar as well as our previous involvements as part of international rally championships.

WHAT IS THE ASIA CUP?

Depending on their inclination and budgets, competitors in the APRC are allowed to register for either the Asia Cup or the Pacific Cup, but not both. It’s the reason why a look at the 2013 points standings not only shows Gill topping the APRC table but also classified as second in the Pacific Cup to a competitor who didn’t even appear in the APRC points table.

WHY IT MATTERS FOR INDIA

With India to be included as an Asia Cup round (but not in the APRC) the best drivers from the Asian region would have come to Chikmagalur to fight it out against each other, with the hope being that Team MRF Skoda would field Gill in the high-revving, near 300 bhp, Super 2000-spec Fabia with which he won last year’s APRC crown.

The hosting of such an event would mean a lot of media attention not just on the rally but the Chikmagalur district and income earned through block hotel bookings and money spent on food and beverage services.

There is the question of whether or not the narrow and rough dirt tracks going through the coffee plantations of Chikmagalur are suited to powerful Super 2000 spec and Group N cars, although that didn’t seem to be much of a concern for the FIA observer who gave the venue the nod.

India’s last (ill-fated) brush with the APRC came in 2003 and 2004 on the outskirts of Pune when Nazir Hoosein presided over the Motorsport Authority of India, which was then the governing body for rallying in India.

“The modern day cars should be built strong enough to sustain whatever the stages throw at them,” Hoosein told autoX. “But that is if the surface is consistently of one type as a mix of surfaces can be a challenge mechanically for a rally car.

“The bigger issue, of course, is transportation of these cars to India as the APRC ships its cars by sea rather than by air.”

So question marks remain even if the event does indeed get confirmed for 2015, but if rallying in India is to get a boost then it’s worth persisting with its Asian aspirations. Then maybe one can dream of a WRC round.