ALL SQUARE: The reigning European Rally champion responds to Gill’s 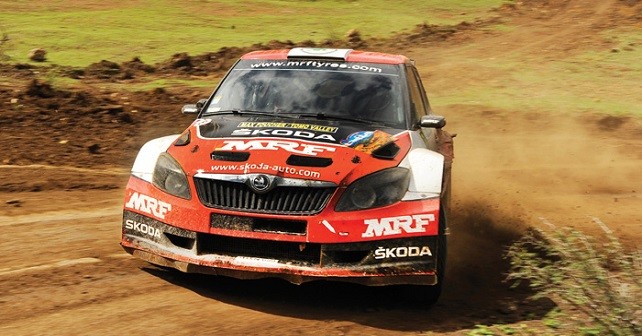 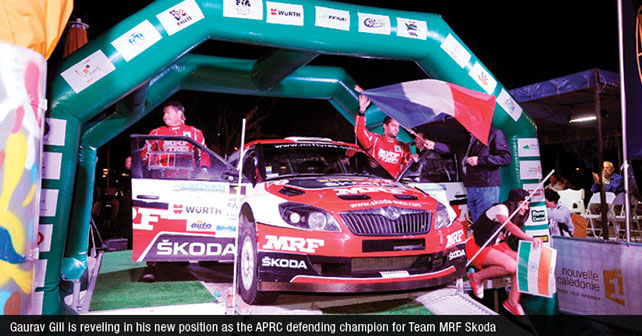 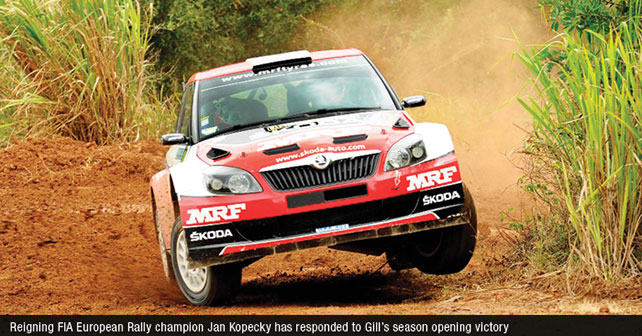 No, none of them were competing in the APRC class, which is currently being dominated by the Skoda Team MRF Fabia S2000s of defending champion Gaurav Gill and current FIA European Rally champion Jan Kopecky. However, a combination of local knowledge and cars better suited to the tight, muddy and twisty New Caledonia stages allowed the three to seal the top three places in the overall standings.

Not that this is where the attention of followers of the APRC was lying. All eyes were squarely on the battle between the two Skoda MRF teammates following Gill’s sensational win in the season opening round at Whangarei, New Zealand. A fan of the fast and flowing stages there, Gill powered to the top of the overall classification with Jopecky coming third overall and second in APRC.

The two flipped the order between themselves to now be tied on 66 points, with Gill still at the top of the points standings due to having scored a win this year before Kopecky.

By the time you read this, the third round of the season – International Rally of Queensland in Australia – would have been done and dusted and Kopecky would have capitalised on Gill’s retirement from the rally.

Gill’s subsequent response to this setback will surely make for a fascinating APRC season.

One that could allow Skoda to warm up to Gill more than they already have and possibly even lead to participation in the WRC-2 category of the World Rally Championship. A dream of the 32-year-old Delhi native ever since he was bitten by the motorsport bug as a teenager. This is something he hopes to get closer to as the season progresses. Talks with Skoda are already underway and Gill has even paid former WRC winning team Prodrive a visit in England to try out a WRC specification Mini.

Gill has admitted that he has had to un-learn a lot about how to drive a rally car ever since he started to compete with powerful four-wheel-drive machinery in APRC. Fingers crossed his learning curve continues to get flatter as he keeps dreaming of a shot at the top level of WRC.