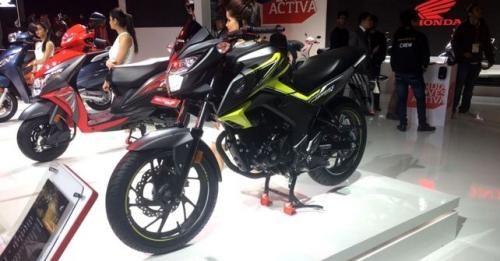 Alongside the new X-Blade, Honda has more to showcase at the 2018 Auto Expo.

Honda has revealed its revised motorcycle lineup for the 2018 model year. Most Honda two-wheelers, from scooters to superbikes, have received subtle updates to keep them fresh and competitive.

2018 Livo: For 2018, the Livo gets a new analogue-digital-metre console with service due indicator, clock and low maintenance seal chain.

2018 CB Hornet 160R: The 160cc motorcycle now sports a new full-LED headlamp, new graphics and hazard lamps. However, the most important addition to the bike is the inclusion of ABS, though it is only offered as an option.

2018 CBR250R: The aging CBR250R has been mildly refreshed with a new LED headlight and new colours. Dual-channel ABS is now standard. No new-generation model of the bike is in sight.

Alongside these models, Honda also showcased the new-generation Goldwing and the updated CBR650F.