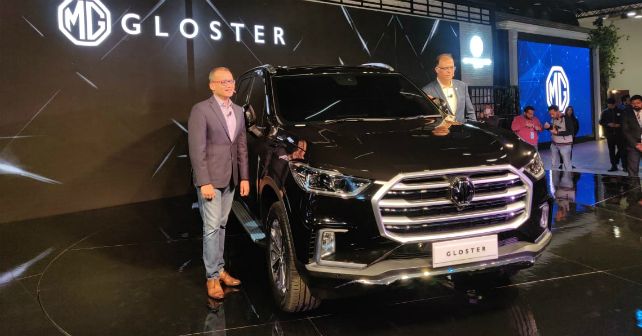 MG Motor will soon bring in the Gloster SUV to India, and it will be positioned above the Hector as the brand's flagship product. MG also took the wraps off a new MPV that will compete against the newly launched Kia Carnival.

Having revealed the Hector Plus yesterday, MG Motors has taken the wraps off two new products that will be introduced in the Indian market – the Gloster SUV and the G 10 MPV. The Gloster will be MG's flagship offering and will compete against the likes of the Toyota Fortuner and the Ford Endeavour. The G 10, on the other hand, will be a luxury MPV, which will take on the newly launched Kia Carnival.

Talking about the Gloster SUV first, it measures over 5m in length, making it a size bigger than the Fortuner. As far as design is concerned, the Gloster shares its core designing traits with the China-spec Maxus D90. Compared to its sibling, the Gloster gets a re-designed front-end with a humongous grille finished in chrome. The headlamp cluster is a chunky unit, with sleek LED DRLs on top. In profile, the Gloster looks well balanced with the flared wheel arches and roof rails. The rear-end is clean too, with chunky LED taillamps, wide tailgate, and a skid plate.

Just like most other SUVs in this class, the Gloster too is based on a ladder-frame chassis and will get a three-row configuration. Like other MG offerings, the Gloster too will have a truckload of features, such as LED lights, a panoramic sunroof, three-zone climate control, electronically-adjustable front seats, and park assist. It's also expected to have a 12.3-inch touchscreen with the company's connected car suite.

Moving on to the G 10 MPV, it features a van-like design with a small bonnet, a steeply raked windscreen, huge glass area, and an upright rear. The front-end is the main highlight of the design, which features large LED headlamp units, a three-slat chrome grille, and a sharply crafted bumper. 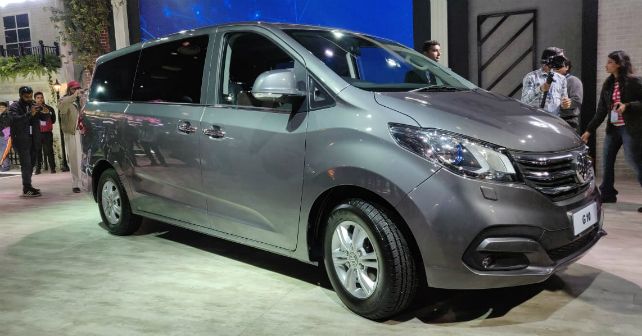 The main highlight of the G 10 will be the various seating configurations, panoramic sunroof, touch-free smart sensing rear door, and smart automatic sliding doors. MG Motors says the G 10 will redefine the segment standards without compromising on comfort, safety, and in-cabin space.

The interiors and the powertrains of both the cars are yet to be revealed. Expect both the MG cars to be launched towards the end of 2020.

Speaking about the Auto Expo participation, Rajeev Chaba, President & Managing Director – MG Motor India, said, 'Auto Expo is the perfect platform for us to unveil our products under consideration for India and also highlight our technology prowess across connected, electric, and autonomous. The launch of GLOSTER and G10 will mark our entry in the luxury SUV and MPV segments, respectively. We are confident that, with its best-in-class features, specifications, and performance, the GLOSTER will be a benchmark for luxury SUVs in India with its launch later this year and G10 will also follow soon'.

Auto Expo 2020: MG Hector Plus debuts with three-row seating, launch in the second half of 2020