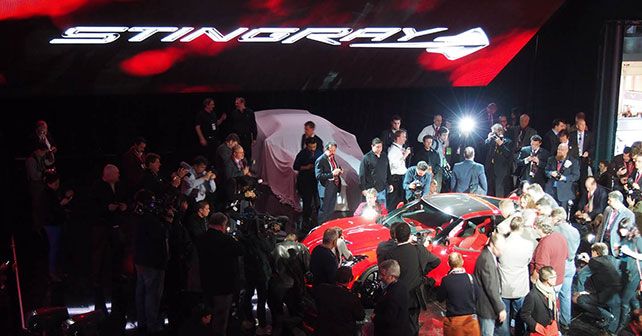 The annual Detroit Auto Show is traditionally the event that kicks off the New Year for auto manufacturers around the globe. The first of the big ticket launches take place at Detroit every year, and since it’s a home show for the American big three, they usually have a surprise or two up their sleeves to start the year on a positive note.

This year’s show then, was no surprise, there were some highly anticipated launches such as the new Corvette from Chevrolet as well as some of the European marques kicking off with a bang such as Maserati with the brand-new Quattroporte. Here then, is a list of our favourite cars from the show. 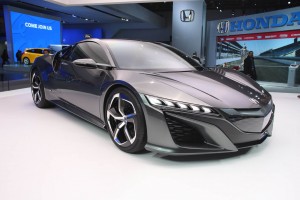 The NSX was the original halo car for Honda and after the original stopped production there has always been speculation as to when Honda would introduce a successor. Over the past few years, Honda has shown a couple of concept cars that were rumored to be the new NSX but nothing ever materialized.

However, now there IS a new NSX coming and Honda chose Detroit to show off the interiors of the new car, while the exterior design was showcased in the 2012 show. Powered by a Hybrid engine, the NSX has a V6 petrol engine paired to two electric motors powering the front wheels, while all of this is connected via a DTC gearbox and Acura’s Sport Hybrid all-wheel drive system.

While questions remain on whether the Hybrid power train will dampen the appeal of the iconic sports car, but given it’s styling and Honda’s renewed focus on engineering, it could turn into a worthy successor to the legendary original. 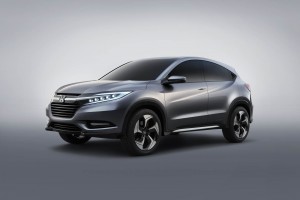 Probably one of the most relevant and significant cars for the Indian market, this SUV holds great promise for the Indian consumers. It is expected to be launched here in 2014 and with the new diesel engine it could become a worthy competitor in the SUV segment.

Despite their recent lack lustre sales in India, the Honda brand still remains blue chip as far as customers are concerned and products like this SUV and the upcoming Amaze could lead the turn around of Honda in India. 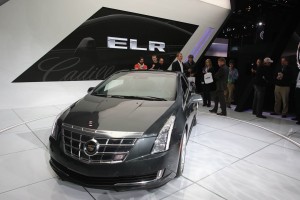 Based on the Volt running gear, the ELR is Cadillac’s attempt to cash in on the eco-friendly vehicle trend. It offers the customers the style and luxury of travelling in what is a proper Cadillac and yet offer them the satisfaction of knowing that they are doing their bit to conserve the environment.

It also offers GM the chance to increase the sales numbers of the Volt technology since the sales of the Volt haven’t matched up to the expectations. Powered by the 15.6kWh lithium-ion battery pack, the ELR has an all-electric range of 56kms and a total range of over 300kms.

Having been famous for making enormously comfortable and reliable cars, Lexus’ desire to be considered as a worthy competitor to the German brands has been flailing for a bit. Part of the reason for that was the unremarkable styling of their cars.

However, Lexus is looking to rectify just that with the new IS which offers radical (for a Lexus) styling and is actually quite striking looking. The much more aggressive design works very well and the interiors too have been completely redesigned. Engine options are between a 2.5 litre V6 & a 3.5 litre V6 with the bigger engine promising upwards of 300 bhp to go with the retuned suspension setup in an attempt to make the IS more of a driver’s car.

Pity then that Toyota has dropped all plans to bring Lexus to India. 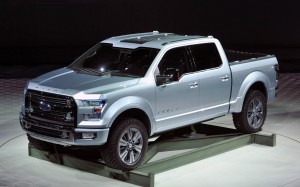 Previewing what the next-gen F150 pickup truck would look like, the brutish Atlas concept not only looks butch but also promises to offer new levels of efficiency for its class. Equipped with active aerodynamics in the form of a active wheel shutters and a ‘smart’ chin spoiler which can alter the aerodynamics on the fly, it promises to make the new truck more ‘greener’.

Given the significance that pickup truck sales hold for Ford in the US, it is no surprise that the new gen will be powered by the latest Ecoboost petrol engines to boost their efficiency. For us though, it just shows that despite the increased environmental pressure, big, brutish cars are not going away for a long time. 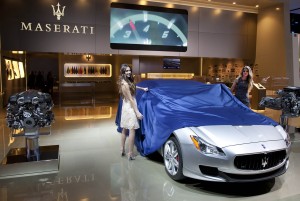 One of the most stylish uber-saloons in the world, the original Quattroporte was the first car in recent times which signified that one’s big luxury saloon didn’t have to dowdy and boring looking. Italian styling flair along with a sonorous engine meant that for many flamboyant people, the Quattroporte was the ride of choice.

With Maserati introducing a brand new generation, this appeal is only set to grow. Offering more interior room than before, the QP has grown in size from the last-gen ostensibly to allow a smaller version of the car to be introduced for additional sales.

Other than the complete redesign, the new car also features brand new engine options with a 410 bhp V6 and a turbocharged 530 bhp V8 available at launch, along with all-wheel drive as an option. Of course, we fell in love with the trident ever since we drove the last-gen car at the Buddh international Circuit and can’t wait to get our hands on the new one. 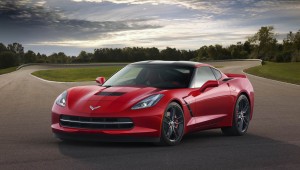 Arguably the most important launch of the show, the new Corvette marks a departure for the car into previously unknown territory. Not only is the new design language far more aggressive and complicated then the older cars but the interiors also mark a significant upgrade in terms of both design and quality. This was primarily done to counter the criticism that the interiors of the older cars were not perceived to be luxurious enough.

Power to the car now comes via a new small block V8 that retains the same capacity as the old engine, 6.2 litres, while putting out 450 bhp and 450 lb ft of torque. Performance is  staggering with 0-100 km/h coming up in a mere 4 seconds. Also offered is an option between a 7-speed manual or a 6-speed automatic gearbox.

In what is perhaps an industry first, the Corvette features cylinder deactivation technology even in the manual gearbox versions leading to improved fuel efficiency. Expected to be available in the US in the 3rd quarter of this year, the Corvette promises to be a stonker of a machine. 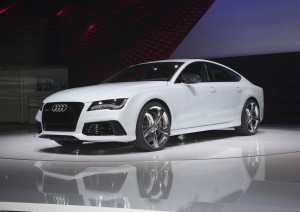 Have you liked Audi’s four-door coupe but thought it perhaps needs a bit more power? Well it seems the nice people at Audi were listening and have answered your prayers, behold the RS7 from the skunkworks of Quattro. Powered by a 4-litre turbocharged V8, the RS7 has 560 bhp and can rocket to a top speed of over 300 km/h!

Oh, and it also does come equipped with cylinder deactivation technology to save fuel when you’re not driving in Mad Max mode.
BMW M6 Gran Coupe 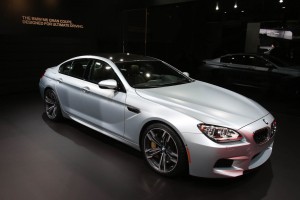 Perhaps one of the finest examples of a well-designed four-door coupe, the M6 version of the Gran Coupe is simply mental. Powered by the same turbocharged 4.4-litre V8 that powers the M5, it has 552 bhp of grunt available equipping it with both killer looks and killer performance.

Other than the bigger engine, the car also features revised suspension, steering, brakes and aerodynamic addenda to enable it to handle the increased performance. Performance, as expected is blistering with 0-100 km/h coming up in a mere 4 seconds.

It goes without mentioning that this is one four-door we would really love to sample! 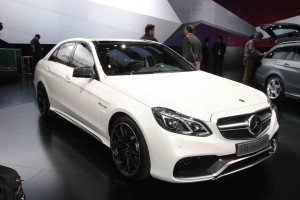 Having been on sale for the better part of 4 years, the E-Class was due for a mid-life facelift to keep the model fresh and competitive with its opposition. And we think the designers at Mercedes have done a rather fine job with the new styling, which makes the car appear far more aggressive and attractive.

Along with the new styling, the interiors too have received an upgrade and are expected to feature more equipment than the outgoing car. Expect the new E-Class to hit the Indian market in the second half of this year.

And of course, the new E63 looks superb too! 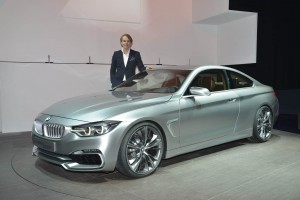 Ever since BMW announced the decision to christen the 3-Series Coupe and Convertible models as the 4-Series, it has left people scratching their heads as to why they would want to change a system that works perfectly well as is. But, in return the looks of the new car more than make up for any confusion the name might cause.

Featuring a completely new design language, the new 4 is not something you would confuse with any other car. And while the styling might be slightly toned down on the production version, it still looks mighty impressive. Expected to be powered by the familiar diesel and petrol engines, which power the 3-Series saloon, the 4 is expected to hit stores later this year. 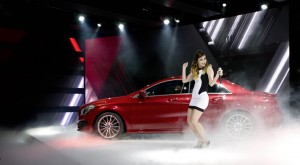 The A-Class based sedan made its first public appearance at Detroit (albeit not at the show) and we must admit it looks rather special. Taking the design concept of the CLS further, the CLA is a smaller version of the same 4-door coupe concept. A design feature that seems to be becoming increasingly popular with manufacturers and customers alike.

Interestingly the CLA also features a drag coefficient of only 0.23 making it the most aerodynamic series production vehicle in the world. Also on offer later will be an AMG version of the car, which should offer upwards of 300 bhp for some scintillating performance.

More importantly, the CLA is expected to debut in India next year and will be an interesting addition to the Mercedes line up. 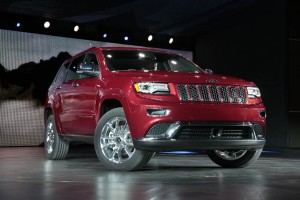 Ahead of the Indian launch of the Cherokee, Jeep upgraded the current machine to include revised visuals and interiors. More importantly, they have also started offering a diesel version of the car powered by a 3-litre V6 engine.

This is important for the Indian market because if the Cherokee is to do well here it will need the diesel option. Other upgrades include an eight-speed automatic transmission and an 8.4 inch touch-screen infotainment system.

The Cherokee promises an exciting future for the Jeep brand in India, however, the success hinges primarily on the pricing strategy that the company adopts.