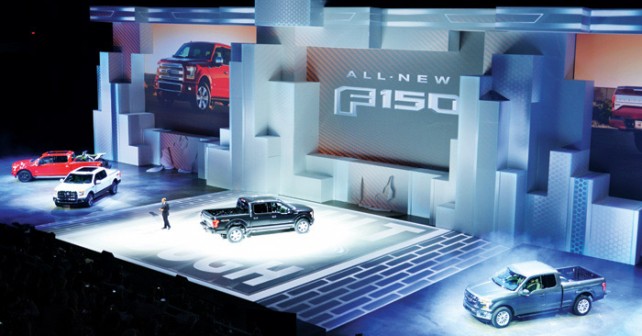 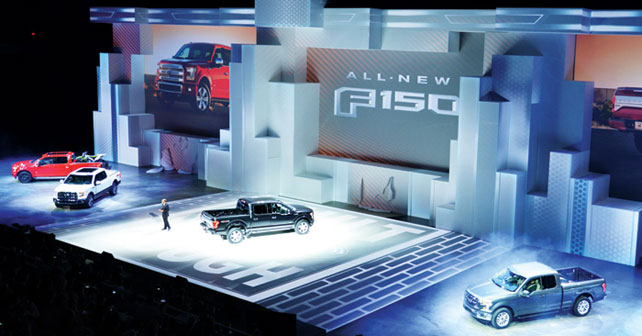 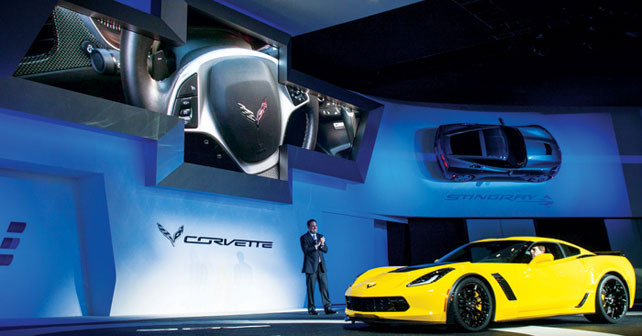 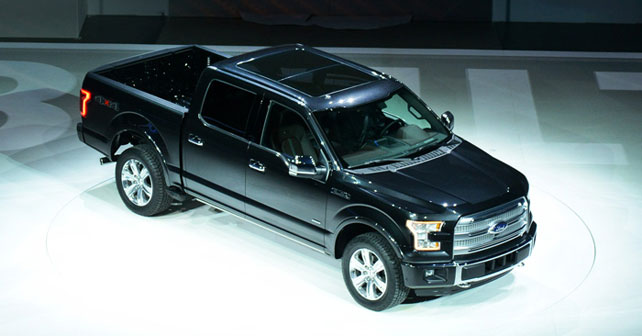 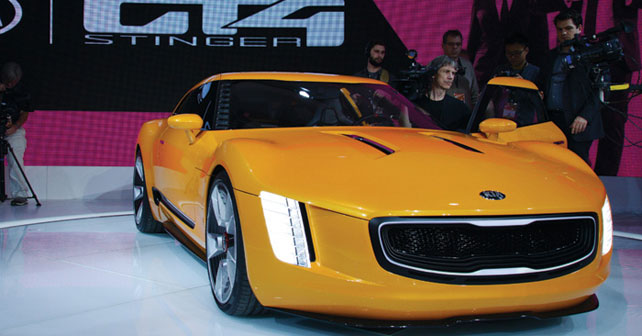 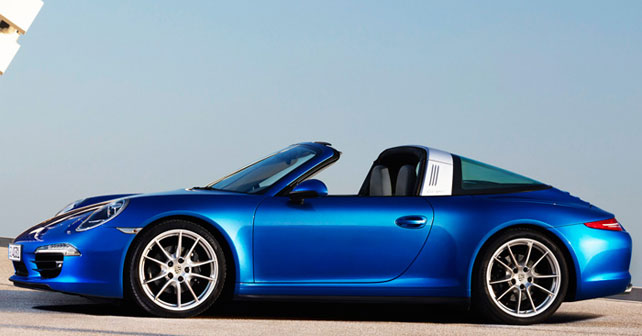 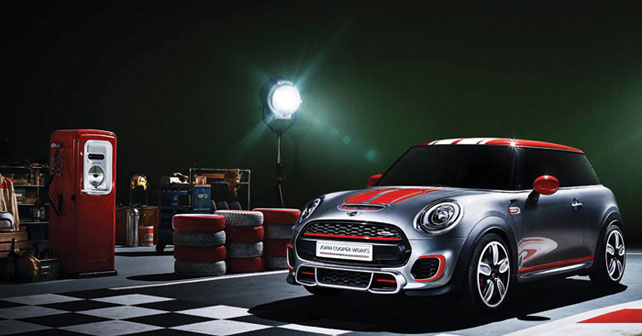 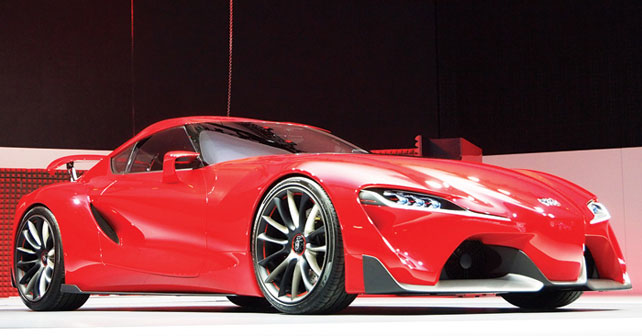 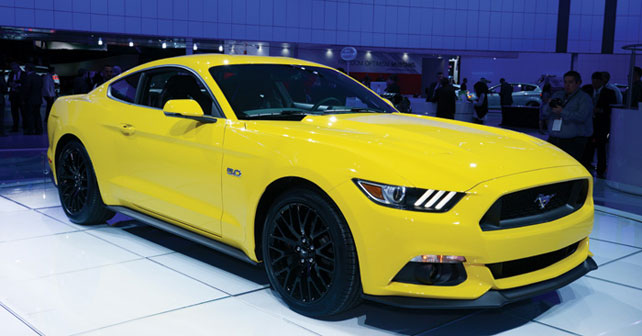 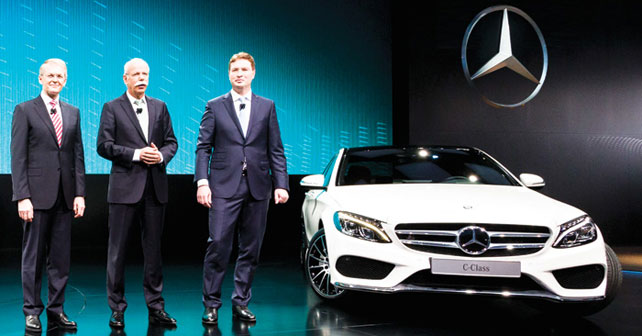 Now that the US market is back on song, the North American International Auto Show (NAIAS) is back to being amongst the most important motor shows on the annual calendar. So, while there are few products that have specific relevance to the Indian market, the show is a vital indicator of the health of the industry as a whole. Here are some of the most notable launches from Detroit.

Ever since the latest generation of the Corvette was announced – the C7 – avid fans have been waiting with baited breath for the pumped up, higher-performance versions to make their debut. And, at Detroit, Chevy didn’t disappoint – releasing the Z06 version of the Stingray, which offers more power and higher performance than the ‘standard’ car. For starters, the 6.2-litre V8 is now fitted with an Eaton supercharger, raising the power output to ‘at least’ 625bhp and 861Nm of torque. This is combined with a seven-speed manual, or a brand new eight-speed automatic gearbox, which, Chevrolet claims, shifts up to eight-hundredths of a second quicker than the dual-clutch transmission in the Porsche 911. Despite the high tech trickery and fast shifts, the new eight-speed ‘box is still lighter than the regular six-speed fitted to the standard Stingray. To help put the added power to the road, the Z06 has been widened at the front and rear. It features flared fenders, along with larger vents and wider wheels & tyres. The larger vents and cooling ducts also allow for increased airflow to vital components, such as the engine, transmission, and differential coolers – keeping the temperature of these vital parts in control. It also makes the muscular, more aggressive styling look even sportier. And while they haven’t revealed the performance figures of the new car as yet, we have a feeling it’ll give some of the fastest hyper cars in the world a run for their money.

Given the importance of the F-150 in Ford’s America lineup – it’s their single biggest selling product – it’s no surprise that a resurgent Ford has pulled out all stops for this new truck. Chief amongst the changes is the decision to now construct the truck with aluminium bodywork, while the chassis is made from high-strength steel. As a combination of the two, the F-150 now weighs nearly 350kgs less than the previous generation model – naturally leading to massive efficiency and performance gains. This is combined with two EcoBoost turbocharged engines – a 3.5-litre and a new 2.7-litre V6 – to further enhance the efficiency and emissions numbers. With such comprehensive changes, the new F-150 is expected to radically change the playing field for the pickup truck market in America.

Korean manufacturer Kia hit the headlines at the Detroit show with its radical looking Stinger GT4 concept car. Based on a 2+2 rear-drive chassis, the GT4 is powered by a 2-litre turbocharged engine, which is said to produce 315bhp in concept form and is mated to a six-speed manual transmission. Size wise, the GT4 is just a few inches longer than the Toyota GT86 and weighs in at less than 1,300kgs, which is certainly on the lighter side. However, the biggest talking point are its radical looks, which made it one of the stand-out cars of the show – and while Kia claims the GT4 is not destined for production, we have a feeling that you could well see a road-going version pretty soon.

The 911 Targa, at its debut in 1965, was the beginning of a trend that would be followed by many a manufacturer over the years. Invented as a precursor to what Porsche thought was a move by America’s NHTSA (National Highway Traffic Administration) to outlaw convertibles, the engineers came up with a way to create a half-convertible – which would still allow the passengers to enjoy a wind-in-the-hair feeling. While this policy threat may have vanished for good, the targa top has lived on in every generation of the 911 since – and now takes its place in the latest 991 line-up. The latest derivative of the targa top can best be described as a thoroughly modern and complex roof stowage operation. So, Porsche customers get the full convertible factor – albeit with a bit more protection factored in, and, yes, unique looks too. And when I mean unique, what I really mean is that the Targa has always been an acquired taste – as a result of which it’s been one of the most attractive of all the 911’s. The rest of the car remains the same, with the engine options being the standard 350bhp 3.4 and the 400bhp 3.8 on the Carrera S.

Having announced the latest generation Mini a few months ago, it comes as no surprise that the manufacturer is already busy developing hotter versions of the car. The first of these was the John Cooper Works concept, which, if you’ve been following the Mini lineup, is a virtual certainty to be launched soon. As with the previous versions, the new JCW version will get more power than the standard S trim – thereby offering higher performance, and also visual tweaks such as larger air intakes, specially contoured side skirts, and a rear apron with flaps and a diffuser element to help set it apart from lesser models. With increases in both performance and looks, the JCW is set to be the ultimate version of the new Mini.

Heralding Toyota’s return to the world of sports cars, the Toyota FT-1 (short for Future Toyota), rightfully caused a stir at the Detroit Motor Show. With its wonderfully aggressive styling reminiscent of the Lexus LFA, with hints of the now defunct Supra, and with a nose clearly inspired by an F1 car, the FT-1 is a fantastic looker. And it looks like a definite production possibility too, with rumours indicating that the FT-1 is Toyota’s version of the sports car that they’re jointly developing with BMW. While Toyota remains famous for making some tremendously reliable (but boring) cars, the FT-1 could be a step in the right direction to introduce some much needed pizzazz and style to the range under the leadership of CEO Akio Toyoda – who, for some time now, has promised much sportier cars from the Japanese behemoth.

Detroit also marked the launch of yet another generation of this iconic American pony car. The new generation Mustang features much more aggressive styling than the previous gen, and technological upgrades include all-new front and rear suspension. The Mustang is now powered by a choice of three engines – a 5-litre V8, 3.7 V6, and an all-new 2.3 litre EcoBoost turbo engine, which, using direct injection, variable valve timing and turbocharging, produces over 305bhp and 407Nm of torque. Styling wise, the Mustang also harks back to the classic fastback look in the coupe version – and both the coupe and convertible offer modern interpretations of the classical Mustang design. The best part about the new Mustang, though, is that there will be a right-hand drive variant – and it could finally make it to our shores (if we keep our fingers and toes crossed).

Perhaps the single most important sedan in the German automaker’s lineup, the latest generation of the C-Class, was unveiled at the Detroit show amongst much fanfare – including a performance by singer Kelly Rowland from Destiny’s Child. With looks that make it resemble a shrunken S-Class, the new C promises to be a formidable contender in its ultra-competitive segment. And apart from the usual larger size, increased performance, and increased efficiency, the new C also offers equipment unheard of in its segment – such as air suspension, and a head-up display. Needless to say, this new car is going to give its rivals a really tough time, and we can’t wait to get our hands on one.