Fiat has unveiled a crossover confirmed to launch in India 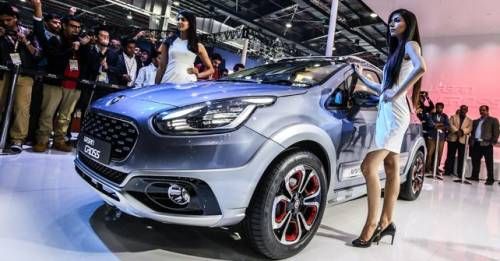 Fiat has unveiled a crossover that they’ve have confirmed to launch in India. Called the Urban Cross, it does look quite mad.

The Urban Cross is based on the Punto Evo / Avventura will have the 1.4-litre turbo charged petrol T-Jet engine that churns out 140bhp at 5500rpm and 210Nm of torque. The car will come mated to a 5-speed manual gearbox and that will be the only engine on offer.

The styling is relatively identifiable that it’s a Punto Evo on steroids and major bling with a multi chrome studded front grille like the Mercedes A-class. The headlamps are identical to the Punto Evo and Avventura, while the rear gets LED optical guide taillights. The Urban Cross also gets 17-inch alloy wheels, ORVM mounted turn indicators, follow me home headlamps, and silver roof rails.

The interior also gets a similar layout like the current lineup of Fiat cars in India. But with a new touchscreen infotainment system with integrated Bluetooth, auxiliary port and satellite navigation. Just like the sister cars, the Urban cross also gets a dual tone cabin with the gyro sensors and compass like the Avventura.

Fiat plans to put the Urban Cross under production in 2016 to compete with the Hyundai i20 Active, VW Cross Polo and the Toyota Etios Cross.