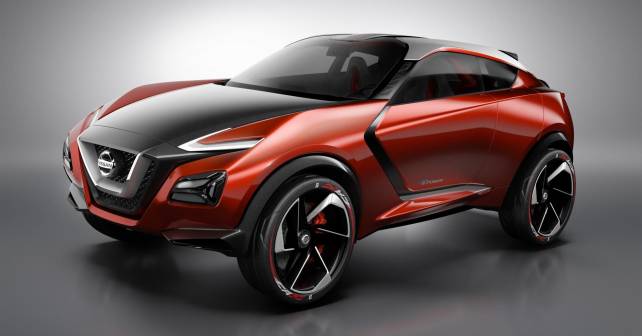 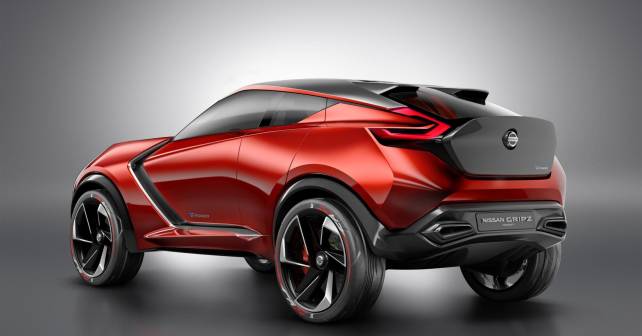 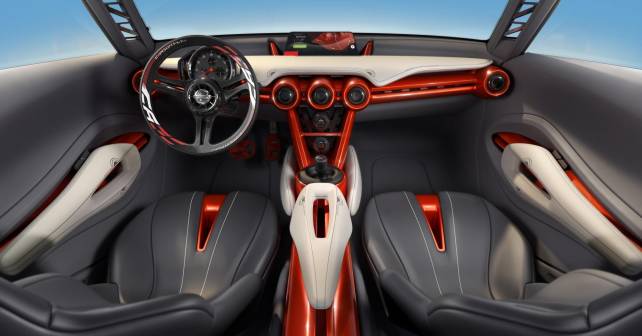 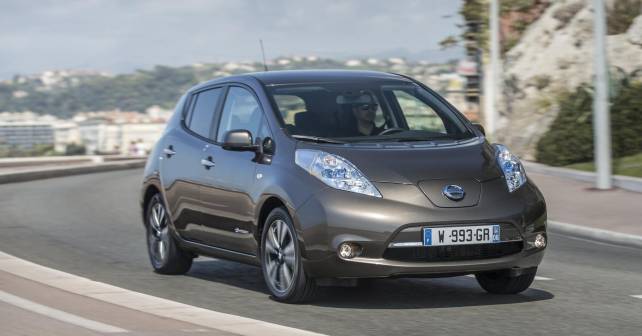 A number of manufacturers have displayed their concept cars at this year’s Frankfurt Motor Show and Nissan doesn’t want to be left behind.

The Japanese manufacturer has brought its Gripz crossover to the fabled auto show. The concept takes Juke to another level with its sportscar-like stance. It features a V-motion grille, boomerang lamps front and rear, a floating roof and a kicked-up C pillar. Nissan says the Gripz is designed to complete dual duties of daily commute and weekend adventure text.

The Gripz uses the same hybrid power unit found in the Leaf production car, the upgraded version of which was also showcased at Frankfurt.

The new 2016 Leaf boasts 249km of range, thereby beating every car in its segment. The increase has been made possible with the introduction of a new 30 kWh battery.

Subtle changes have also been made to the exteriors of the car,  including a new roof-mounted aerial along with the availability of a new colour – Bronze.