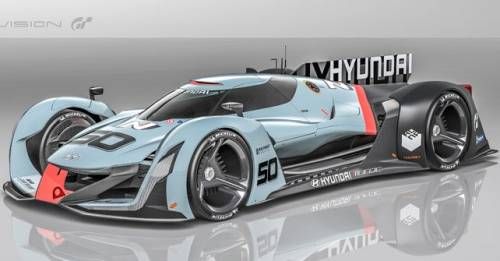 ’N’ is Hyundai’s new performance engineering arm… well not the letter N, but a new division they have called ’N’ (taken from Namyang, Hyundai’s R&D centre at the Nurburgring where they will permanently test their cars).

Now the Vision Gran Turismo bit is what the makers of the Sony Playstation video game GranTurismo have asked manufactures and some design companies to come up with a vision concept for the game. Everyone from Mercedes-Benz to Nissan, Volkswagen to Renault have revealed their concepts, and last year Hyundai too unveiled their gorgeous vehicle and with it some outrageous concept specifications as well.

2025 is the year Hyundai expect the technology in the car to become a reality. The concept is designed around a hydrogen fuel cell system in a carbon fibre reinforced plastic monocoque chassis. Theoretically, Hyundai says the power developed will be around the 850bhp mark from a combination of fuel cell stacks and four in-wheel motors. Hyundai says its been designed to look like its floating with boat shaped underbody to create downforce and air brakes are also included in this concept.