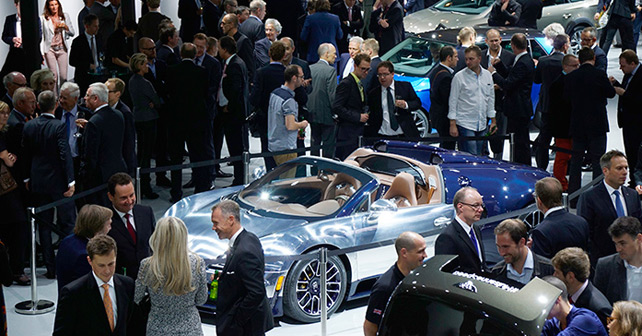 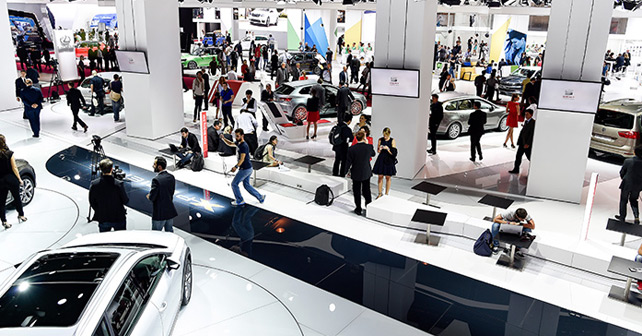 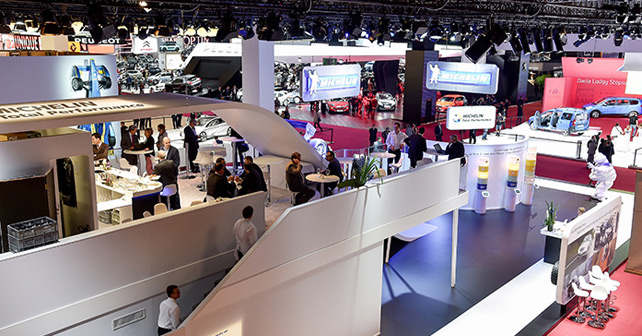 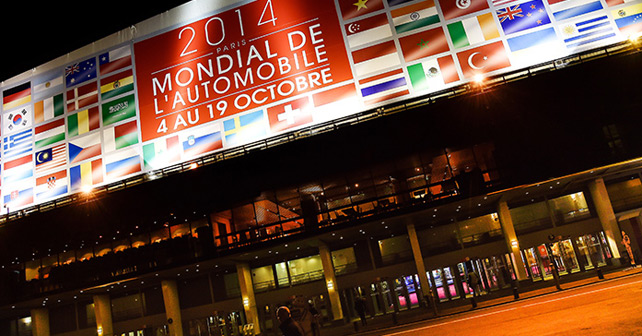 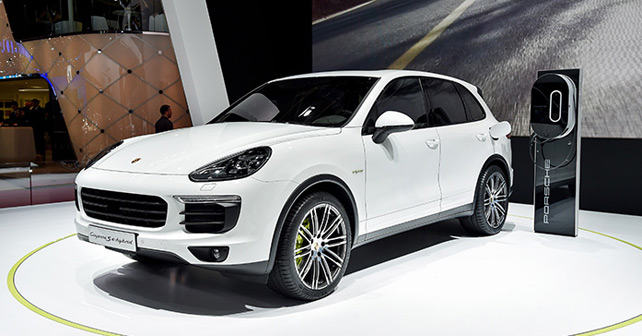 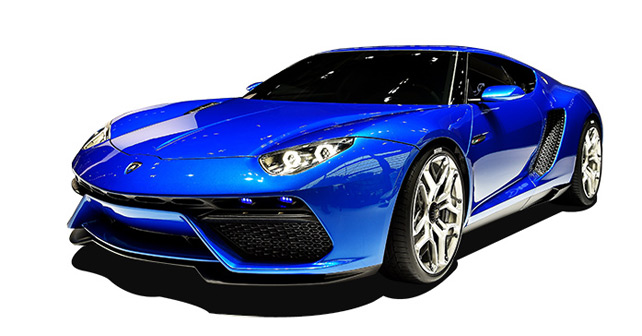 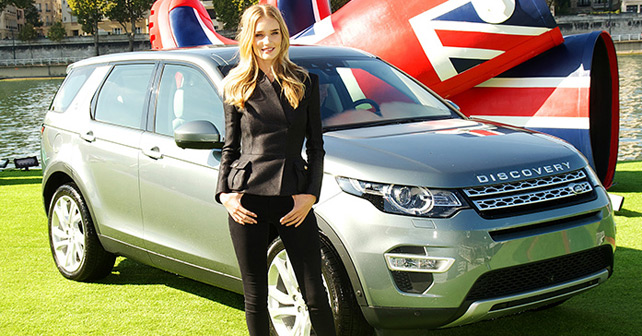 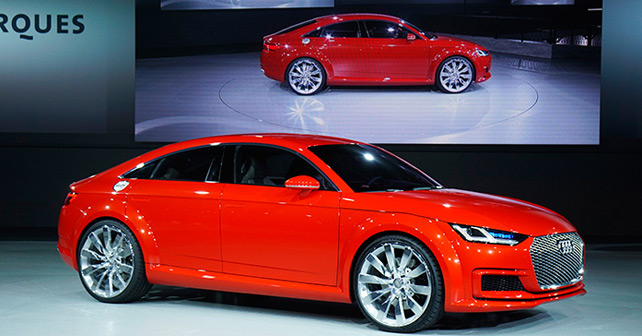 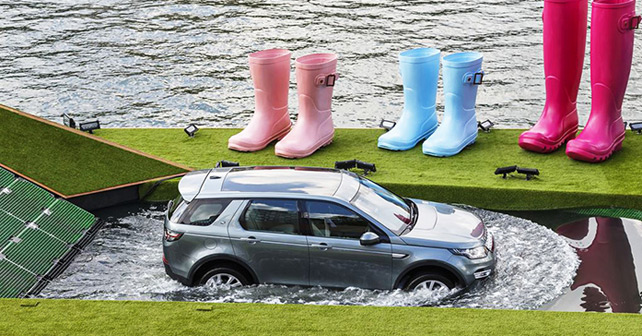 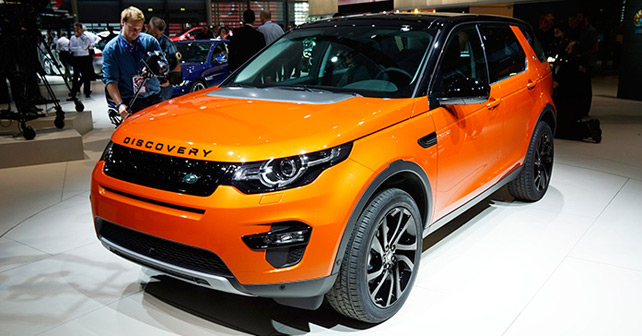 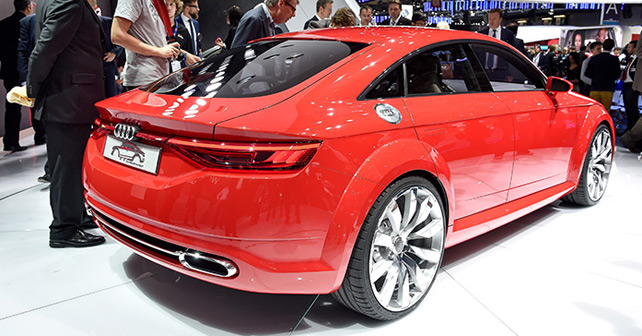 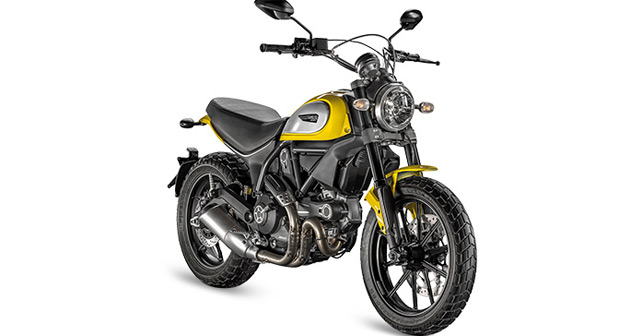 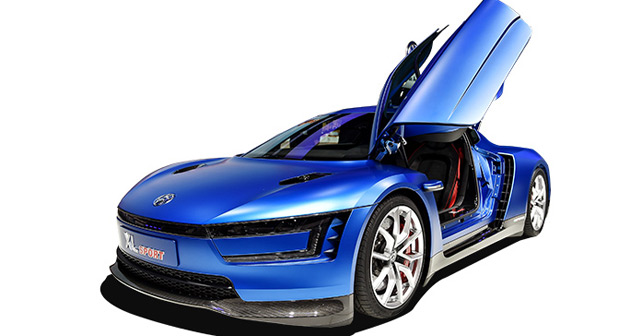 The Paris Motor Show, which alternates with Frankfurt every second year, remains one of the largest and most relevant motor shows in the world. The European automakers, especially, reveal some of their most significant new models in the city of lovers. And this year was no different ­ as Lamborghini, Land Rover, Jaguar, Volvo, BMW, Mini, and many more chose Paris to showcase their latest offerings to the world at large. Here are the most significant cars from the Paris Motor Show.

With the demand and availability of Hybrid vehicles on the rise, Porsche has launched an updated hybrid version of their best-selling product – the Cayenne. With the Panamera and the 918 supercar already featuring Hybrid powertrains, Porsche is steadily developing their expertise in the technology. In their latest hybrid iteration, the Cayenne offers a supercharged 3-litre V6 with 333bhp, which is combined with a 95bhp electric motor and a lithium-ion battery pack and the power is transferred to the road via an eight-speed automatic transmission. Additionally, the hybrid Cayenne also has the capability to be charged via a wall outlet. Visually, the hybrid version features brake calipers finished in acid green, as well as personalised badges on the car.

Offering a completely different experience to what one expects from a traditional Lamborghini supercar, the Asterion concept made an eerie debut at the VW Group night event a day before the Paris Motor Show’s start, making its debut on to the stage in complete silence. Providing a new perspective on what a future Lamborghini could offer, the Asterion concept is the brand’s first plug-in hybrid. Of course, since it is still a Lambo, the electric drivetrain is paired to the company’s 5.2-litre V10 with a combined power output of a staggering 910bhp with a top speed of nearly 320km/h! Of course, one can still drive it for 50kms on electric power alone though. However, there was no word from the brand about whether a product like the Asterion is ever expected in the near future, with representatives insisting this was more of a technological showcase of the brand’s electric plug-in capabilities.

With the A6 having been on sale for a few years now, it has been due for a facelift to keep pace with the competition – which has been given updates in the recent past. We got the first glimpse of the refreshed A6 at Paris, with the car featuring minor styling upgrades, such as the trimmed front grille along with slimmer headlights. The refreshed rear bumper now features rectangular exhaust outlets, and the rear tailights have also been redone. While the engine and gearbox offerings have not seen any major changes on the A6, we expect the refreshed car to make its entry into the Indian market within the next few months.

As one would expect, Land Rover pulled all stops in Paris for the global public reveal of their latest SUV – the Discovery Sport. The Discovery Sport made its presence in stunning style on a barge floating on the river Seine along with a surprise presence made by supermodel Rosie Huntington-Whiteley to reveal the car. The launch of the car also featured seven extra-large Wellington boots to further emphasise the 5+2 seating capacity of the new Discovery. Destined as the replacement of the Freelander and expected to bring in an increased level of sales, as well as spawning more versions in the near future, the Discovery Sport heralds a new generation of future Land Rovers.

With avid fans of the brand waiting with baited breath for a while, Ducati finally unveiled the much anticipated Scrambler at the Paris show. The bike’s upright design seems to be a combination of dirt bike styling and some good old retro 60’s design. Powered by an 803cc twin-cylinder engine, the Scrambler offers 74bhp, which given that it’ll be a fairly light bike, should make it quite fun to ride. The gearbox of the Scrambler is a six-speed one, while it also gets ABS as standard fitment. Scheduled to be launched next year, the Scrambler is also expected to be one of the most affordable bikes from the Italian brand, and will be offered in multiple trim levels.

Continuing the trend of showing off new concept cars at major shows, Audi didn’t disappoint at Paris either, with the new TT Sportback Concept. With its styling carrying forward the legacy of the original TT, the Sportback features a more chiselled look with hugely flared fenders, along with a large single piece front grille as well as the iconic sloping roofline familiar with the TT’s design. And while it might appear longer, given that it features four doors, the Sportback is actually just a foot longer than the current TT. Adding to the concept’s sporty appeal is the 2-litre turbocharged engine which in this guise delivers 400bhp and 450Nm of torque providing the car with some stunning performance figures as signified by its 0-100 time of a mere 3.9 seconds.

Coming as a complete opposition to the intended use of the XL1 when developed, the XL, in Sport form, is VW’s vision of using the group’s capabilities to create unique products. So, the XL uses its lightweight and aerodynamic body and is paired with the ferocious 197bhp L-twin engine from the Ducati 1199 Panigale Superleggera. The result is as one would expect, the XL Super sprints from 0-100 in just 5.8 seconds, while the top speed is 270km/h, which is fantastic for a vehicle originally designed to show off how far the levels of aerodynamic and fuel efficiency could be pushed. And while its doesn’t boast the ultra-low 0.189 aerodynamic drag figure of the XL1, the car at 0.258 is supposedly the most aerodynamic sports car in the world.

The next-generation Passat also made its worldwide debut at the Paris show, with VW showing off the sedan featuring brand new, and quite understated styling. Based on the MBQ platform, the Passat is quite a bit lighter than the last-gen car and will offer a multitude of engine options including a 2-litre turbodiesel. Also on offer is the GTE Hybrid version of the Passat with 215bhp, which will allow the GTE to operate as an electric vehicle for up to 50 kms. Along with the new exterior styling, which admittedly looks quite sleek, the eight-generation Passat now also offers a brand new interior. And while the Passat has never really caught the fancy of Indian consumers, VW would hope to change that when the new Passat hits our shores next year.

One of the finest examples of wolf in sheep’s clothing in recent times, the latest-generation of the C63 AMG also made its debut at Paris in both Coupe and Estate form in a fascinating display held in an emptied out swimming pool filled with smoke. Powered by the same 4.0-litre V8 as the AMG GT, the new C63 will be offered in two versions, with the standard C63 offering 469bhp, whole the C63 S will offer 503bhp. Both versions will only be offered with Mercedes’s seven-speed dual clutch transmission which has been tuned to offer faster reaction times for speedier gear changes. Still offered only as a rear-wheel drive car, this new, good-looking beast of a small sports car promises to be an absolute hoot to drive and we are itching to get our hands on one.

Suzuki displayed the latst generation of their Vitara SUV at the Paris show, featuring a brand new design language. Based on the same platform as the S Cross, the Vitara offers an optional all-wheel drive system, while the base models of the car will be front-wheel drive. Powered by both petrol and diesel engine options, the new Vitara will start production in Hungary from early next year for sales in global markets. And while it is a compact SUV – and smaller than the earlier Grand Vitara’s – it still might not be suited to the Indian market. Grapvine suggests that Maruti is developing a specific SUV for the Indian market which will suit the market needs better.