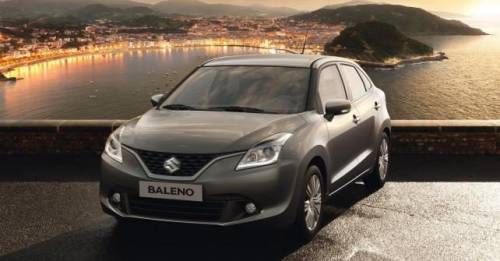 Suzuki reveals specifications of the all-new Baleno at the 2015 Frankfurt Motor Show. Here are details of Maruti's upcoming premium hatchback for India

While Suzuki had revealed images of its new Baleno hatchback earlier, the Japanese car maker has now revealed all details about its new model at the 2015 Frankfurt Motor Show. But it has to be said that the car has a purposeful stance with its sleek lines and sporty profile. Behind the looks is Suzuki’s new liquid flow design concept that also incorporates an up market appeal to the vehicle. The car gets projector head lamps, LED positioning lamps upfront and LED tail lamps.

The new Suzuki Baleno is based on a new monocoque platform that is in sync with the times and is designed to be lighter and more rigid to improve fuel efficiency and handling. Suzuki has also worked on reducing NVH levels from the platform. The car is underpinned by MacPherson Strut front suspension and a torsion beam rear axle with coil springs all around.

Internationally, there will be five variants of the car. Two variants will be powered by the company’s 1.2 litre, four cylinder Dualjet petrol engine featuring twin spark plugs per cylinder. One of them will feature the company’s new SHVS mild hybrid system with a lithium ion battery pack (the India spec system gets a larger lead acid battery). The third variant will come with the option of a CVT automatic gearbox.

The fourth variant is actually a model that will be powered by the company’s new 1.0 litre, three cylinder BoosterJet petrol engine. This engine is capable of developing a maximum power output of 109 bhp @ 5,500 rpm and peak torque of 170Nm between 2,000 - 3,500 rpm. This model will be availed with the option of a five-speed manual gearbox or a six-speed automatic transmission. Both engines are Euro 6 compliant units.

Although, the India spec model is likely to be powered by the 1.2 litre, four cylinder single spark plug per cylinder engine which does duty in the Swift and Swift DZire currently. The 1.0 litre Boosterjet engine may be introduced here as well.

The Baleno has been developed as a modern hatchback for international markets while here in India it will be slotted as a premium hatchback to take on rivals such as the Hyundai Elite i20 and Honda Jazz.

As such, it will come fitted with an LCD display in the instrument cluster to show performance, mild hybrid system, G-force and other details through graphs. The infotainment system has a 7 inch touch screen with Bluetooth connectivity like in the Ciaz. The system in the Baleno can also be connected via a SUB cable to iPhones for using Apple’s CarPlay system. The car is also equipped with adaptive cruise control.

On the safety front the Suzuki Baleno comes loaded with six airbags, electronic stability programme, radar brake support (RBS) that can automatically apply the brakes in the event of an emergency. The car of course has impact beams and crumple zones for complying with international crash norms.