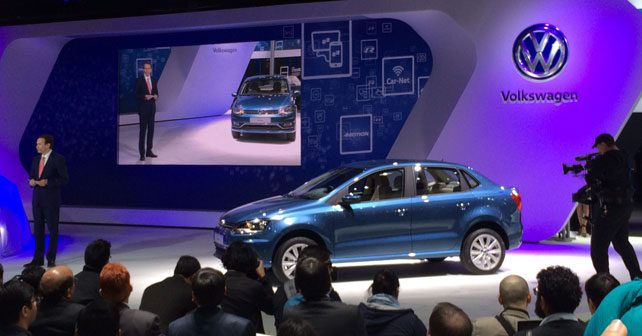 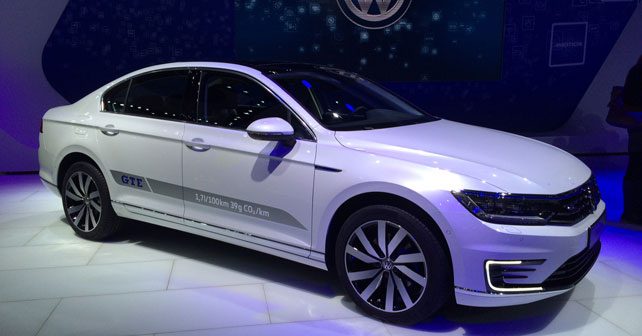 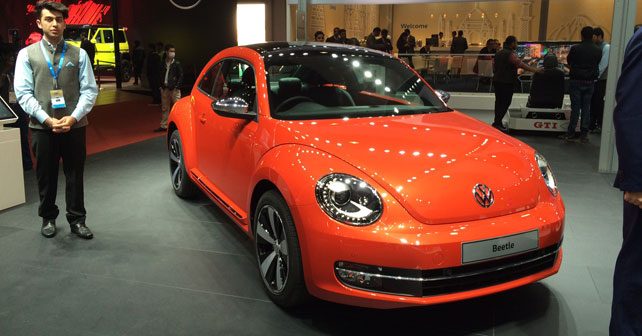 Volkswagen India showcased the upcoming sub-4m sedan, the Ameo, and their Passat GTE hybrid sedan at the Auto Expo today.

Speaking at the event, Mr. Jurgen Stackmann, board member of VW touched upon the emissions scandal that the company has been embroiled in and apologised to the company customers and dealers. He also stated that VW India's products are in emissions compliance in India and that VW India would update the EA189 engines free of cost for customers.

Speaking about the unique Ameo sedan, developed exclusively for India, Mr. Stackmann said that the car shows VW's commitment to India. He also stated that the Pune plant exports a large number of vehicles, and exports the most popular VW sold in India.