All You Need To KNow About Carbon Ceramic Brakes 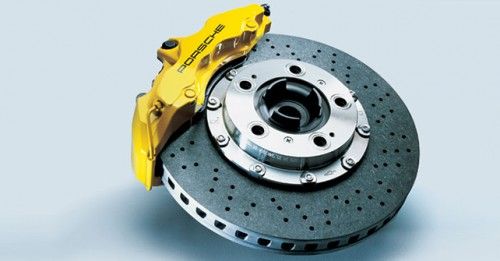 In this month's Technology piece, we look the latest in braking technology - Carbon Caramic Brakes.

When one gets a chance to drive a car from a couple of decades ago, perhaps one of the starkest differences is the progress that’s been made over the years in braking technology. In older cars, the brakes were seemingly fitted to give the driver some sense of deceleration upon application, but, on most occasions, the slowing down simply didn’t happen fast enough – or, at times, didn’t happen at all. Let’s just say that driving older cars is an exercise in calculation – calculating whether the car will actually reach the intended destination without breaking down, calculating whether it could climb a particularly steep hill without requiring some additional human power to supplement the few horses that haven’t yet bolted from the gasping engine, but, most important of all, the calculation of whether the car will in fact stop at the intended time and spot.

Thankfully braking technology improved over the years. However, with cars getting ever faster, and more efficient at the same time, a new technology of brakes was needed to ensure that the performance from modern cars – especially high-powered sports and hyper cars – did not overwhelm the conventional cast-iron disc brakes.

The breakthrough, in this case, was once again provided by motorsports, with their use of carbon ceramic brake discs to ensure maximum and consistent braking performance, despite extreme performance and stress on the braking system for long periods of time. The primary difference was that, unlike conventional systems that used brake discs made out of cast iron, which had limitations with regards to the temperatures they could work up to – especially when used for extended periods of time, where the temperature of the disc rises to a point that it makes braking ineffective. Secondly, the life of the cast iron discs are also limited – meaning that disc replacement is required multiple times during the lifetime of a vehicle.

Carbon ceramic discs, however, eliminate these problems by way of their construction, which is a mix of silicon carbide, silicon, and carbon fibre. Carbon fibre, in this case, provides the mechanical strength and fracture toughness required, while the silicon carbide adds great hardness to the composite. In fact, the manufacturing process requires exposure to very high temperatures – carbonizing of the disc takes place at 900°C, while siliconizing happens at 1700°C – therefore allowing the discs to work at much higher temperatures for extended periods of time. Another interesting aspect of the manufacturing process is the use of ‘lost core’ technology, in which a plastic core is inserted between the two main components of the brake disc, which burns at the carbonizing stage, but forms the design of the cooling matrix – allowing heat to be dissipated from the disc for optimum operation. Where this is especially beneficial is on cars that are regularly driven on racetracks, where carbon brakes provide fade-free braking for extended periods of time without fear of damaging the brakes or wearing them out excessively.

The other advantages of carbon ceramic brakes is a massive reduction in unsprung weight, as carbon discs are lighter than cast iron discs by around 50%, thereby providing massive weight savings. Secondly, carbon brakes are also designed to last the lifetime of a vehicle, hence rarely require replacement – thereby contributing to lower cost and added convenience over the lifecycle of a vehicle.

However, like most modern technologies, the entry barrier to carbon ceramic brakes also happens to be cost – with a set of brakes costing between $10,000-15,000, making it prohibitively expensive for fitment on anything but the most exclusive machines. Secondly, some brake systems also suffer from excessive brake noise when applied, but that’s a problem that’s been mostly eliminated through constant development.

So, while there’s a definite benefit of using carbon ceramic brakes, their massive cost barrier is a deterrent for widespread fitment on cars – and, in the short-to-medium term at least, the scenario is likely to remain as is.