Vehicle crash test to be made mandatory from October 1, 2017 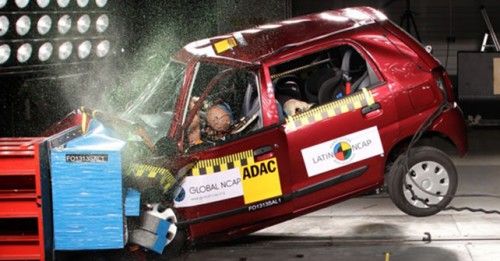 Clearing the crash test will be made mandatory for all the cars from October 1, 2017 and the test facilities to be ready by December 2015.

Not so long ago, we had written about clearing frontal crash tests to be made mandatory for all the cars October 2015 onwards, but it seems that it will take more time than that. According to the latest information, Mr. G.M. Siddeshwara, Minister of State - Ministry of Heavy Industries and Public Enterprises yesterday said that clearing crash tests will be made mandatory for all the cars from October 1, 2017. The testing facilities will have all the needed machinery and will be fully functional by December 2015.

This step has been taken by the ministry after the Global NCAP issued a letter to Nissan India to stop manufacturing its Datsun Go. This letter was issued after Datsun Go failed the Global NCAP’s frontal car tests miserably. Nissan India has been crying foul play over this move as it says the car clears all tests to be sold in India. Global NCAP also gave a presentation on ‘how some of the cars made in India are not safe enough to be on the roads’ to the minister some time ago after which this step was taken.

To take this matter more seriously, the ministry has also made a committee to draft the basic layout for creating an NCAP in India.