Cartier Concours 2015: A Slice Of History 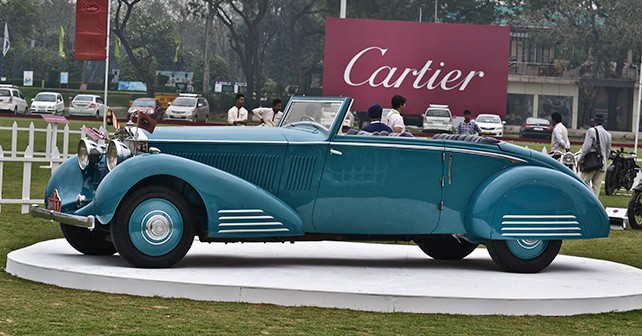 Classic automobiles of a bygone era of motoring were brought back to life at the 2015 Cartier ‘Travel with Style’ Concours d’Elegance in New Delhi. Restored to their pristine glory, over a hundred rare classic cars and vintage motorcycles turned out to be a slice of history and glamour for visitors at the show.

Before automobiles changed the way we travel, the elite of the world moved around in elaborate horse drawn carriages. These carriages were intricately designed, decorated and customised for their owners. During the 17th century, the French aristocrats would show off their luxurious modes of transport in the parks of Paris and compete in a ‘Concours d’Elegance’ – a competition of elegance. This tradition would continue up until the invention of the automobile. Today there are a number of Concours d’Elegance shows organised around the world – the most popular being held at Pebble Beach, California. The competition remains much the same as it did in the past, with very experienced judges examining cars thoroughly and rating each and every component.

French jeweller Cartier hosts a biennial event in India called the Cartier ‘Travel with Style’ Concours d’Elegance – held this year at the Jaipur Polo Grounds in New Delhi. This year was the fourth edition and featured classic automobiles, motorcycles and a new ‘Picolo Fiat Class’ to celebrate the Italian carmakers famous small automobiles. There was also a Veteran-Vintage Class for motorcycles post 1930. The most rare and extraordinary vintage automobiles on display were handpicked by curator Rana Manvendra Singh of Barwani.

As soon as I entered the Cartier Concours d’Elegance, it felt as if I was transported back in time. Standing in front of me was a black 1941 Cadillac Series 75 in near perfect condition. If you’re a fan of the movie The Godfather, then you would recognise this car immediately. Spread throughout the grounds were cars that would leave you in awe – such as the 1928 Rolls-Royce Phantom I, which also had a pair of vintage birdie shotguns attached to it. My personal favourites were the 1937 Rolls-Royce Phantom II and the 1949 Cadillac Series 62. The collection of motorcycles was also very impressive, and the one that caught my eye the most was the 1936 BMW R12, even though it did have a lot of new components on it.

It must have been a very tough job for the judges to decide on the winners, because all the automobiles on display were in impeccable condition and looked outstanding. The chief judge was Prince Michael of Kent, and he was assisted by a lot of distinguished individuals with great experience. Some of the more famous judges included the Chairman of the Pebble Beach Concours d’Elegance, Sandra Button, racing legend Giacomo Agostini, tycoon and philanthropist Sir Michael Kadoorie, President of the FIA Jean Todt, and former racing driver Ricardo Patrese, just to name a few. 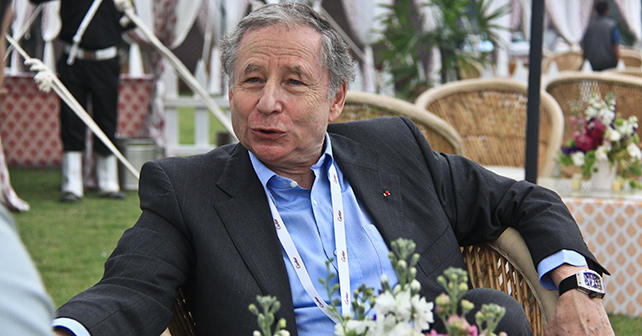 When did you first get interested in classic cars?

I have been interested in cars since I was a small boy. For me it’s an evolutionary thing. One likes the cars they saw as a child, then the ones while growing up, the cars of today and then your mind goes to what might be the car of the future.

How old were you when you first decided that you want to be involved with something or the other regarding cars?

I think I must have been 12 or 13-years-old when that happened. I first got involved with rallying and motorsport when I was 16 or 17-years-old.

What are the kind of cars that you think can be called classic cars?

Sometimes when I see cars from the 1950s or 60s I start to think that I prefer cars from that era to anything else. But since I was young I used to work on cars a lot and technology fascinates me. So when I see cars evolve from being relatively simple to having slip-differential, stability control and even lane changing technology I get fascinated and equally excited about new cars as I do about the old ones. GPS, for example, is a revolutionary technology that has completely changed the life of a motorist to what it used to be. However, as you know there are cars that will forever be considered legendary and that is why we come to shows like this one (Cartiers Concours). 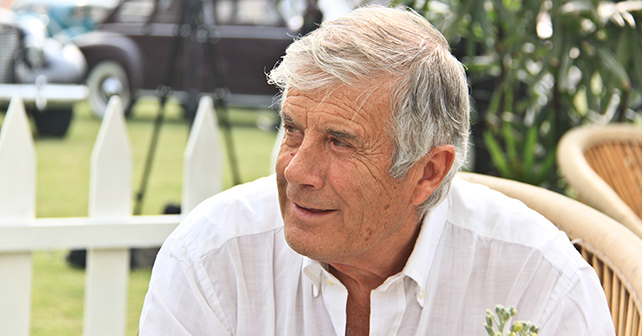 Regarded as the greatest motorcycle racer of all time, with 15 grand prix world championships and 122 wins to his name. Eight of those titles came in what is now the MotoGP class of racing

What is your opinion of Indian motorcycle riders that you see on the roads?

(Laughs) I think for me it would be difficult to ride here because I see no regulation and everybody just goes where they want. You must be used to it but everytime I see a rider here I think ‘Oh! He’s going to crash’, but they don’t.

Italian riders have a reputation of being pretty daring, but do you think they are more disciplined than those in India?

Yeah, I think Italian riders are very fast but most of them, not all but most, respect the law. Here I see people riding fast but everybody goes left, right with seemingly no idea if there is anyone else on the road. So it’s not easy even for me to ride here.

How many two-wheelers do you own?

About six or seven. I ride everyday and I change what I ride based on what I have to do on a given day. Whether it’s going to an office, on the highway or just for some fun on the track.

What for you is a classic bike? 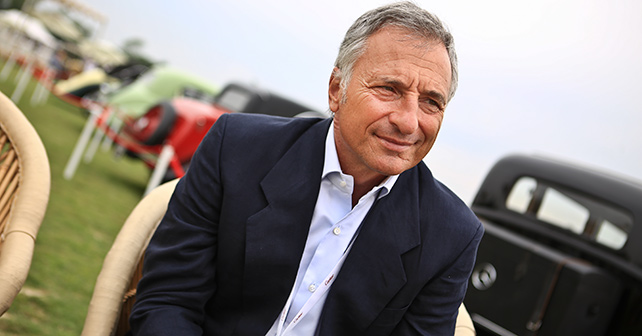 When did you first start to get interested in classic cars?

This is actually the first time I have come to a classic car show, so for me this is all very new. It’s exciting because there are many beautiful cars around and being here for the last two days I have come to understand that there is a lot of passion for these kind of cars. And also the quality of how these cars are maintained is very high. Not to mention that there are a lot of interesting stories behind these cars.

So you never kept an interest in old cars while you were racing?

Well actually even while I was racing I developed a passion for old Ferraris. My favourite was a 250 GT Lusso. I owned one of those and kept it for many years as I liked it a lot. But obviously my concentration was always the most on racing cars rather than old cars (laughs).

What would you consider to be the first significant car that you owned?

The first important car I owned was the 1978 Mercedes 500. I recall that before that car I used to drive around in a Fiat Topolino. Then when I got to Formula 1 I decided to buy the Mercedes 500. 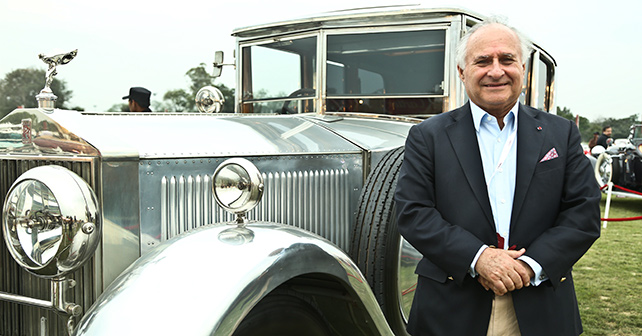 I think it was in my DNA. My father liked cars and then I did, and later liking cars turned into liking classic cars. I recall it was in 1966 when I first got interested in classic cars and the car was a 3-litre Bentley, which is still in Hong Kong (at one of my hotels) and next year it would have been 50 years that I have had it.

What made you choose the Rolls Royce Phantom as the car to be showcased at the Peninsula Hotel?

We already had new Rolls-Royces at the time and the Phantom II represents everything that Rolls-Royce stood for pre-war. Also it’s a motor car that can be adapted for air conditioning, power steering and a number of other modern items. It was popular with guests who wanted their pictures taken with it and take rides in it so we have started to build more of them and are currently building our fifth and sixth ones.

Do you think there are any current cars that will eventually be considered as classics?

It’s easy to look back at least ten or twenty years back to determine if a car will be a classic because nostalgia is an important factor. An example would be the Aston Martin Vantage, a very elegant car. The McLaren F1 is already becoming a classic. It becomes a bit harder currently but a car like the Ferrari 458 will definitely be considered a classic.