Jaguar XE revealed; aims to be a volume seller 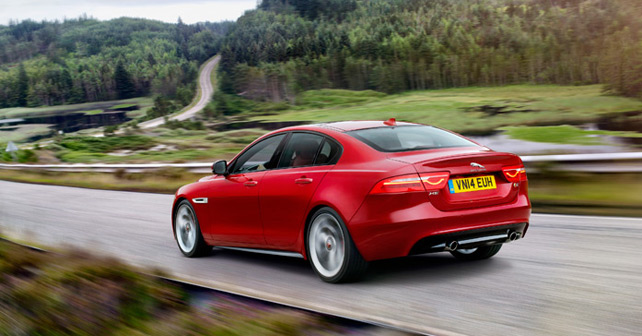 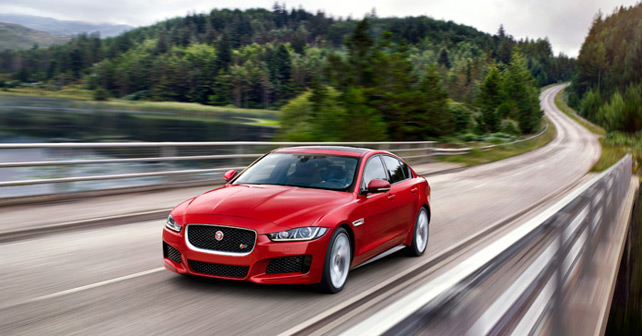 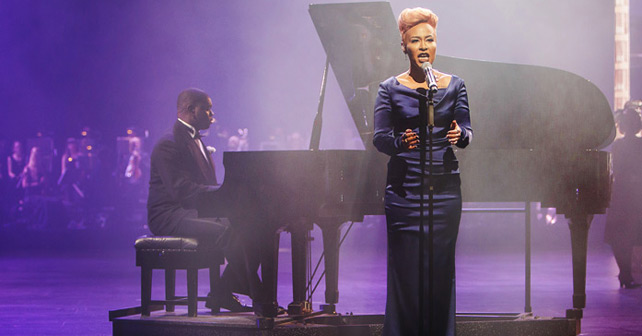 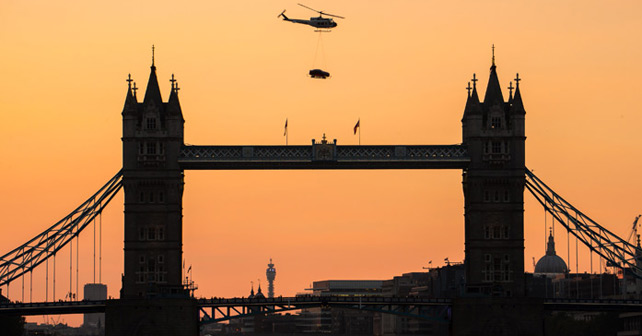 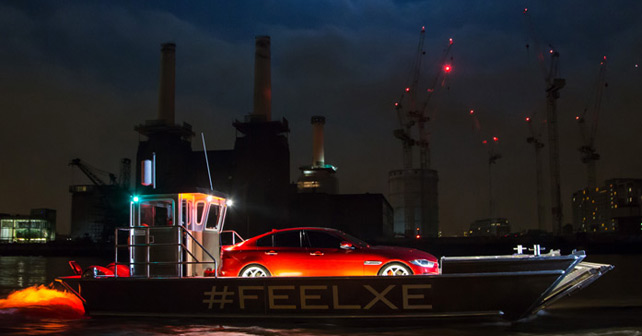 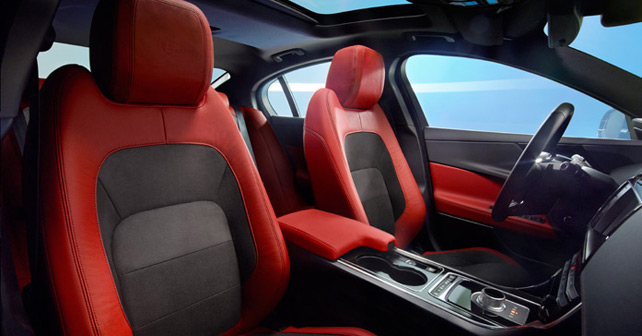 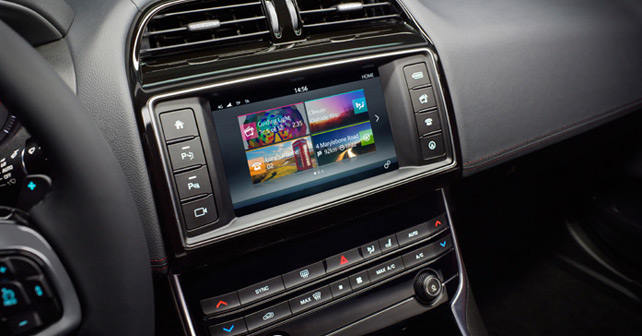 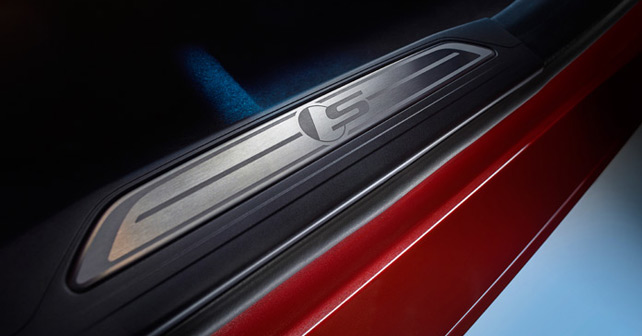 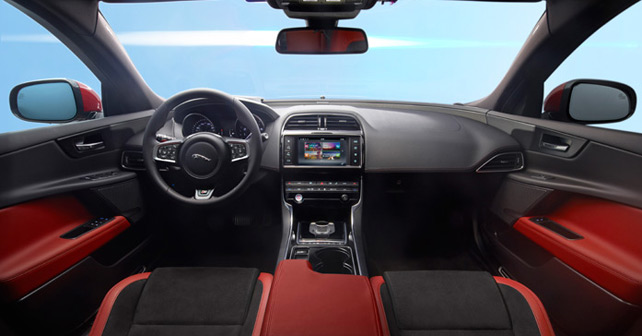 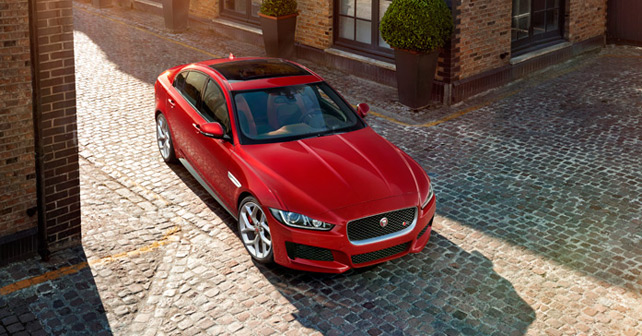 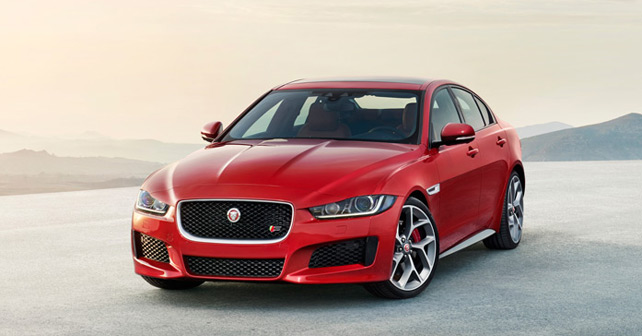 To say that the Jaguar XE is an important launch for Jaguar would be a gross understatement, but it hit all the right notes (quite literally) at a glittering launch at Earls Court in London in September.

The faith that Tata Motors has shown in Jaguar Land Rover since acquiring these two British icons in 2008 has been repaid in full – and perhaps even with interest. You see, it’s no secret that JLR’s earnings have kept Tata Motors afloat in the recent past. But the elephant in the room is that the majority of JLR’s success can be credited to Land Rover.

Range Rover sales, especially, continue to soar across the world while the sales growth at Jaguar is far more modest to say the least. But this isn’t to say that they don’t have an impressive line-up. The XF was the first car to demonstrate Jaguar’s new DNA in 2008. This was followed by the XJ a year later that cemented Jaguar’s leadership in aluminium construction – a competitive advantage they’ve done well to retain ever since. And their most recent launch, the F Type, reflects a company that’s very comfortable in its own skin – yet one that’s able to evoke just the right spirit of the legends from years past. Suffice to say, the F-Type is a proper successor to the iconic E-Type from 60 years ago.

But what Jaguar’s missing is a volume seller. And that’s a tough nut to crack - not only because it would have to compete with the likes of the BMW 3 Series, Mercedes-Benz C Class and Audi A4, but also because Jaguar has a skeleton in its closet! You see, the prevailing wisdom during the days of the Ford Motor Company led Jaguar to make what is perhaps the biggest mistake the brand has ever made. They took what can be best described as a tarted up Ford Mondeo and put a leaping cat on the bonnet. Needless to say, it didn’t go well. And so, to finally dispel the ghost of the X-Type, Jaguar engineers have spent the past five years developing their latest contender from the ground up. The face of the Jaguar XE was unveiled in Geneva this year, and the anticipation has been building ever since. To say that this is a make-or-break model for Jaguar would not be an understatement. The shoulders of the Jaguar XE better be very wide indeed!

And this was aptly demonstrated at Earls Court in London where the car was unveiled. To say that this was a unique car launch would be another understatement. The launch included superstar performers, an elaborate musical, the Ghost of Sir William Lyons, and even some dancing robots. Frankly, it was pretty magical. And the effort put into the launch event says a lot about how important this new model is for the company. So, fittingly, when the car was finally unveiled, it looked as though it was bursting with aggression and more than willing to take on the competition.

The face of this new baby Jag is very much in keeping with the current design philosophy at Jaguar. From the front, especially, it looks like a mini XJ – which is to say that it looks very bold indeed. Jaguar’s Lead Designer, Ian Callum, says that this front grille is here to stay for Jaguar. The pictures, however, don’t do the Jaguar XE justice. It looks far more aggressive, as confirmed during our Jaguar XE Review, in the metal than it appears in these shots.

The headlights, of course, get the ubiquitous ‘J-shaped’ LED’s. In profile, it’s far more subdued – but it looks purposeful at the same time. The front fenders sport a chrome garnish that appears to have been copy-pasted from the F-Type. The rear again looks quite taut and clean, but it gets some added drama with a very discreet ducktail lip spoiler that’s been nicely integrated into the boot lid, and a blacked out diffuser at the bottom that highlights the chrome exhaust tips. It might be a compact Jag, but it certainly makes an impression!

But beauty, in this case, is not just skin deep because the Jaguar XE is built on a brand new architecture that features Jaguar’s advanced aluminium construction – making it the first car in its class to feature a largely aluminium monocoque. The body – with a ratio of 75:25 aluminium-to-steel – weighs in at just 325 kilos. The engineers say that it also has the same level of rigidity as the XFR. Moreover, this is the slipperiest Jag they’ve ever made, with a coefficient of drag of just .26. And that’s one of the attributes that enables it to be the most efficient as well – the base variant of the XE, which is fitted with Jaguar’s brand new 2.0 litre Ingenium diesel engine produces just 99 grams of CO2 per kilometre and covers over 26 kilometres using just one litre of fuel.

To begin with, the Jaguar XE will be offered with two engines – the 3.0 litre supercharged V6 petrol engine from the F-Type that allows it to accelerate to 100km/h in just 4.9 seconds, and the all-new 2.0 litre diesel that’s the first new engine developed in-house by Jaguar for a very long time. In fact, this new range of engines – in petrol and diesel form – will power a full range of Jaguar and Land Rover vehicles of different shapes and sizes for a long time to come. As a result, they’ve invested 500 million pounds in a brand new engine plant. Essentially, it’s a modular engine that can be increased and decreased in size by adding cylinders of half-a-litre in capacity to its in-line layout. The engineers can also add one or more turbos based on the power output required. The important thing, though, is that they’ve focussed on reducing weight and friction – thereby increasing efficiency. These power units are also compatible with Jaguar’s future plans of hybridization.

Transmitting the power to the rear wheels is the trusty 8-speed automatic gearbox from ZF that is certainly among the best transmissions in the world today. ZF has also developed a brand new six-speed manual transmission for the 2.0 litre engine. But that’s not all, they’ve worked with the engineers to develop an electronic power steering system in a Jaguar for the first time. Not only is this meant to increase efficiency (by up to 3% in the case of the petrol and 2% in the case of the diesel), but it also enables the use of a multitude of new-age functions such as lane departure warning, semi-automated parking, and the like. And the Jaguar XE is brimming with such tech. It features adaptive cruise control and blind spot monitoring of course, but it’ll also brake to a complete stop from 40km/h or less if you’re not paying attention to the road. Another interesting technology is All-Surface Progress Control, which has obviously been developed with a lot of input from the folks who handle Land Rover’s Terrain Response system. Essentially, this compensates for the fact that the XE will only be available in rear-wheel drive (initially at least, the Jaguar SUV is being readied on the same platform with all-wheel drive) by engaging this system to limit wheelspin while setting off on ice or snow. The sad part is that not many of these jewels of technology will be relevant to the Indian market, which we will know once we do our Jaguar XE Review in India.

What will be relevant, however, will be in-car tech. The cabin of the XE, like the body, has been designed to be sporty and premium at the same time. It includes a brand new 8-inch touchscreen that takes centre stage to cater to your media related needs. Of course, it has voice control, navigation, Bluetooth, and all the typical features – but it also has a slot for a SIM card that allows you to turn the car into a hotspot and connect up to eight devices. And if any of these devices is your iOS or Android smart phone, you’ll be happy to know that you can play a number of the apps on your phone through the infotainment system. You can even lock or unlock your car using your smart phone – and, in extreme weather, heat up or cool down the cabin remotely before you get in. The app will also send you an alert and, in some markets, inform the police if your car gets broken into. For audiophiles, there’s a 380W 10-speaker Meridian audio system. And for fighter jet enthusiasts, there’s a laser (as opposed to LCD) head-up display as well.

At the end of the day, though, the only way that Jaguar will be able to take on the King of this segment – the BMW 3 Series – is by being brilliant on the road. And towards that end, the Jaguar XE features double wishbones up-front that have been taken straight out of the F-Type sports car, while at the rear it features a specially designed integral link rear axel – the likes of which you’d typically find on more expensive machines. All of this lowers the centre of gravity and ensures that the weight distribution is near perfect. And if the recent Jags are anything to go by, then driving dynamics shouldn’t be a problem. In fact, Jaguar engineers say that since the platform is so rigid, they can actually provide class-leading handling with a more compliant ride for everyday use.

But that’s something that we’ll only be able to judge once we’ve driven it in India for our Jaguar XE Review in India. In the meantime, the thought of an attainable sports sedan from Jaguar is a very attractive proposition – especially when it’s a machine that looks this good.

Clearly, it has a lot riding on it, but it certainly appears up for the task...