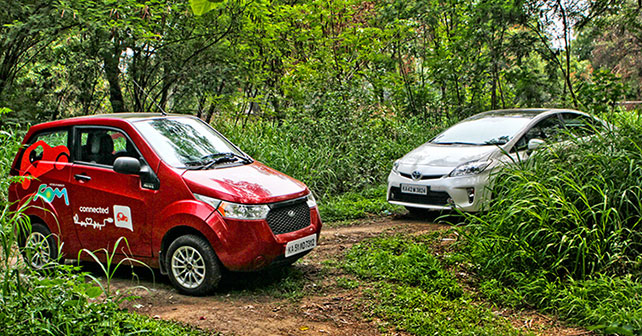 We test two of the ‘greenest’ cars on our roads, the Toyota Prius and Mahindra Reva e2o. The question is – can their green credentials justify the hefty price tag of these two machines?

We live in a world where there is now massive awareness for conserving the environment around us – and rightly so – be it in our choice of clothing, cosmetics, building construction, the works. Being environment friendly is in, and it commands a premium over conventional methods.

Of course, in environmental circles, the automobile is seen as a major cause of pollution and harm to the environment, which is admittedly somewhat true. However, given the increasingly tough emissions regulations, cars are today cleaner and more efficient than ever. But let’s face it, conventional vehicles are nowhere near as environmentally friendly as the two cars here – a couple of the most environment friendly cars available in India, the Toyota Prius, which is a hybrid, and the Mahindra Reva e2o, which is an electric car.

The Mahindra Reva e2o is a second-generation electric car produced by the Reva Electric Car Company, which is now majority-owned by the Mahindra Group. Compared to the first-gen Reva, the latest gen car is far more stylish, and a much better designed product. The edgy styling gives it a distinctive look, and coupled with its compact size, it’s an absolute head turner on the road. The novelty factor means that people do ogle at it – meaning that they’re clearly interested. The cabin, of course, is small and space is at a premium. So, despite having two rear seats, fitting four adults in the car isn’t exactly recommended. At best, the rear seats can be used to carry two children or to store some shopping – which, given that the boot is tiny, is probably a good thing.

On the technology front, the e2o features a lithium-ion battery pack producing 26bhp and 53Nm of torque – which, given its kerb weight of 830kgs, offers sprightly performance and a claimed range of 100 kilometres on a full charge, which takes about five hours to complete on a 15A socket. When driving it on the street, the e2o is actually a rather fun experience – with full torque available from zero rpm. The e2o shoots forward from idle, and takes the driver – and those around you – by complete surprise. Given the nature of electric vehicles, the response is, well, electric! Puns aside, though – for regular motoring, the e2o is adequately powerful, has sufficient response, and its small size makes it pleasant to drive in everyday traffic. Plus, parking it in our congested urban conditions is a cinch – although the non-power assisted steering is a little heavy at parking speeds.

It also comes equipped with a smart phone app, which has a variety of features that can be controlled remotely. So if, for instance, you wanted to switch on the a/c 15 minutes before you start your journey – so that the cabin is nice and cool beforehand, all it requires is the press of a button on the app while sitting comfortably in your living room. Similarly, the app can update you on the charging status, lock or unlock the car remotely, and the in-built trip planner maps out your intended journey to check whether the car can make the trip on a single charge or not. And, in operation, the app is pretty slick – with commands being executed flawlessly, but there is a significant delay in executing some of the commands, which I suppose is due to the interaction time between the various interfaces on the cell phone network.

The biggest question, of course, is concerning the real-world range of the e2o. Mahindra Reva claims that it can do 100 kilometres on a single charge, and our testing seems to validate that. Having driven the car hard over a few days with full air-con usage, along with the stereo, and the headlights at night (of course), the car would easily average between 70-75 kilometres on a full charge. Mind you, this was with me driving with my usual lead-footed throttle usage. So, to an average, economy-minded driver, I think 100 kilometres is very achievable on each charge.

However, the e2o suffers in a few areas. For instance, the interior quality and fit-and-finish needs major work. The plastics are brittle, the panel gaps are inconsistent, and the touch-screen interface for the navigation, stereo, etc., is fiddly and has poor touch response. The suspension too seems at odds with our road conditions. The weight of the battery pack is over the rear axle, and so the rear end crashes over bumps and speed breakers due to this odd rear-weight bias.

But, if you’re environmentally inclined, I suppose these are minor issues. There are two main issues with the e2o as I see it. One is range anxiety, and the second is pricing. The range anxiety comes as a surprise, because you really don’t expect it to be a factor until you face it. I faced it on my way to Dhruv’s house, stuck in morning rush-hour traffic. Even though the car’s on-board data showed me I had more than enough juice left in the battery to reach there, the constantly reducing charge number on the display coupled with the uncertainty of how much longer the traffic jam would last did unnerve me slightly. However, to address this, the e2o has a pretty impressive trick up its sleeve known as REVive, which works though the GSM network to unlock 10 kilometres of reserve battery power to ensure that you reach your destination, or a charging point at the very least. This facility can only be used three times in the life of the vehicle however, so the thought of being stranded without a power point nearby can be a bit stressful.

The biggest problem, however, lies with the pricing of the e2o. In Delhi, fortunately, the government offers a 29% subsidy on the car and so it’s priced at 5.96 lakhs (ex-showroom). But in cities where there’s no subsidy, such as Mumbai for instance, the Reva costs upwards of 7 lakhs ex-showroom. And that’s the key stumbling block for the machine. Its cost is simply too prohibitive for an average consumer – especially when taking into account that its limited range ensures strictly urban usage. The e2o certainly makes a case for itself in terms of environmental friendliness and ease of use in urban conditions, but its limited range is a restriction. The biggest limiting factor, though, is its price. One would have to be seriously committed to the environment’s cause to justify the price tag.

The Prius, on the other hand, is a very different animal. Popularized by the Hollywood glitterati, the Prius is the original poster boy for the green generation. To give you a measure of its success worldwide, it’s the largest selling hybrid vehicle in the world – ever. One of main reasons for this success stems from the fact that it requires no compromises in daily usage.

Known as a Series Hybrid, the Prius uses a combination of a 1.8 litre petrol engine and/or the electric motor with a combined power output of 134bhp. Initially, the Prius feels a bit weird to drive, as the car is propelled by electric power alone at low speeds. Naturally, the silence makes things a little eerie for someone not used to the Prius.

However, when more power is required, or the battery is running out of charge, the petrol engine is summoned to action by the car’s engine management system in seamless fashion. With both the power outputs combined, the car has enough power for regular driving, and has no problem maintaining three-figure cruising speeds. In the background, based on the driving conditions, the car’s electronic brain keeps juggling the power sources to maintain the best possible level of efficiency. So, when coasting on highways, the engine can get turned off to conserve fuel and also use regenerative braking to charge the battery. Similarly, when coming to a stop, the engine gets switched off automatically to conserve fuel, and the car uses electric power to move once again – until the engine is required to start up again.

Overall, the Prius is comfortable, relaxing to drive, and has all the bells and whistles needed in a good everyday machine. In fact, the dual tier center display, with the upper tier keeping a constant check on the battery’s charge level and showing which power source is being used, is rather informative and cool. The car also has ample space for five passengers and is fun to drive.

But, there’s a catch. Due to the fact the Prius is imported as a CBU, it faces very high taxes. So, the Prius costs between 29.3 and 31.4 lakhs (ex-showroom, Delhi). And that’s what makes the car an unviable proposition for the average Indian buyer – who, at that price, is much more concerned about being seen flaunting a German luxury car rather than an environmentally friendly one. And that, in a sentence, is what it boils down to considering our market sensibilities.

So, while it clearly makes a lot of sense to drive environment friendly cars, our taxation policies, and our social attitudes, render them untenable. A pity, since I quite enjoyed my time with these two cars. 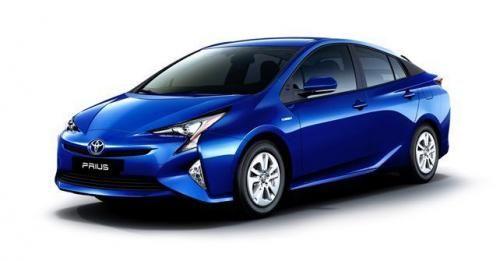 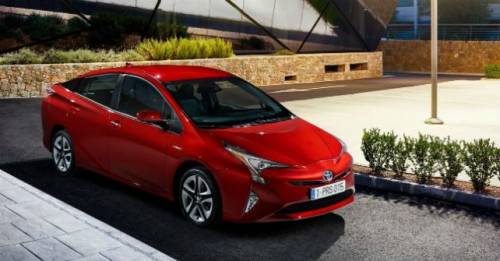 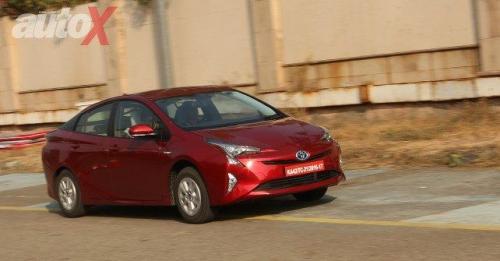 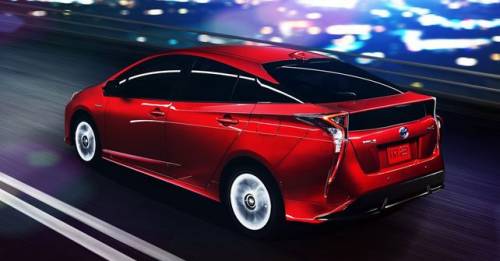