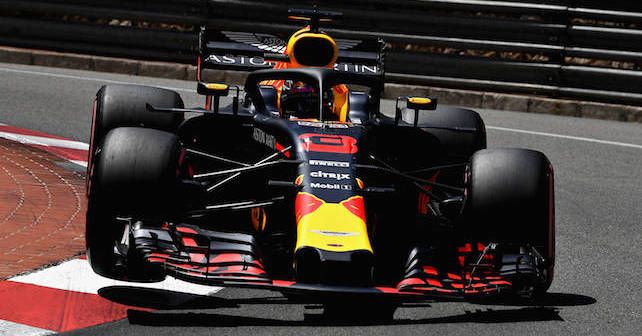 The qualifying lap record for the Monaco Grand Prix was not just broken, it was absolutely smashed into oblivion by Red Bull-Renault's Daniel Ricciardo. Red Bull had been tipped to have an advantage around the tight and twisty 3.337 km, 19-turn Circuit de Monaco. It is a track where the high-speed handling prowess and power of Mercedes AMG F1 and Ferrari would be second to the prowess of Red Bull's RB14 on slow-speed and twisty corners.

Ricciardo's lap of 1min.10.810sec. was well under last year's pole position time of 1min.12.178sec. that had been set by Ferrari's Kimi Raikkonen. That lap would only have been good enough for tenth place on the starting grid this year as continued development by F1 grid pushed the cars to the limit. Softer tyre compounds and a resurfaced circuit also played its part in tumbling lap times.

Ricciardo set that stunning time on his first run in the third and final segment of qualifying, after which any possibility of anyone else besting the Australian disappeared. Ferrari's Sebastian Vettel was the 'best of the rest' with a lap that was 0.229 seconds slower than that of his former Red Bull teammate.

Max Verstappen suffered a massive crash in the third free practice session that preceded qualifying, which put Red Bull under extreme pressure to get his car repaired and ready for qualifying. The Dutchman failed to make it out of the first segment of qualifying.