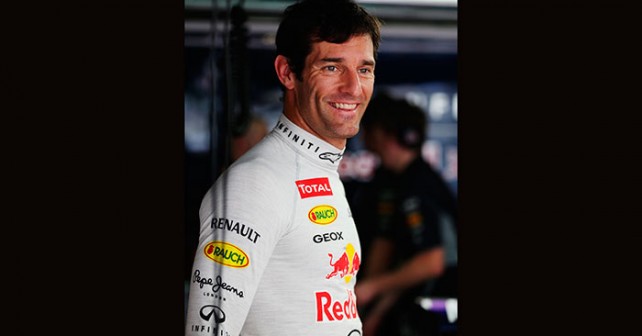 Swiss-based Sauber F1 team recently announced a tie-up with three Russian companies. And this tie-up means three things. First, a lifeline for a financially unstable team, which is good news for the sport – especially since we lost a team just last season. Second, Russian companies activating their interest in the sport prior to the 2014 Russian Grand Prix. Third, Russia’s second F1 driver is set to make his debut four years after Vitaly Petrov spent two seasons in the sport. The fourth, if I can call that, is the effect of the arrival of the young Russian, Sergey Sirotkin, on the F1 driver market.

Now, in this column, I won’t delve into pay and non-pay drivers topic – let’s treat them as drivers alike for once. Sirotkin’s arrival has been framed as being in ‘preparation for the 2014 season’ by Sauber. This would indicate that one of the current drivers, Hulkenberg or Gutierrez, is on his way out. Basis their current campaign, and the form of the 2013 challenger, it’s no surprise that Hulkenberg is keen to leave the outfit, and has already been released from his second year contract option. But where can Hulkenberg go? And if he does go, will Sauber field a team of rookie drivers in 2014 (Gutierrez is yet to prove himself)?

As I see it, 2014 could see bigger shake-ups in the F1 driver market since the arrival and departure of Schumacher, and then Raikkonen (who is set to depart Lotus for Red Bull Racing in ’14). Not only will the current drivers be driving for new outfits, I see a newer crop of drivers (or wallets) finding their way into the cockpit, and, of course, a few drivers retiring (or being forced to). It’s public knowledge now that Webber is on his way to race with Porsche in the Le Mans Series. While not public knowledge as yet, everyone expects Massa to be replaced at Ferrari next year, which means that there are at least two front running teams with a vacant cockpit each. And if rumours about Raikkonen going to Red Bull Racing are to be believed, possibly both cockpits of Lotus will be empty (would you renew Grosjean’s contract?).

I would expect Mercedes and McLaren to be the only teams to continue with their current lineup for 2014 – with McLaren giving Perez a second season to prove his talent (like they did with Kovalainen too). As for the minnows (Caterham and Marussia), chances are that both, or at least one driver, will be replaced by another young gun with a heavy wallet. And I would add Williams to the list as well – and while my pick would be a replacement for Maldonado, he seems safe unless Williams can find a replacement to PDVSA’s millions.

With multiple openings expected in the teams at the front, both Sahara Force India drivers could find themselves in contention for movement, which means that two more cockpits would be available in the mid-field. No wonder they call this ‘silly season’ in F1, or ‘musical chairs’ in the drivers’ market. Here’s one way of decoding what could actually happen:

Webber to Le Mans. Raikkonen to Red Bull Racing, unless Vettel signs till 2016 or beyond (yes, RBR will pressurize Vettel). His current contract expires in 2015, which then gives him an option to move to Ferrari in 2016, which is when Alonso’s contract expires and one expects the Spaniard to retire. If not, Ricciardo should be in contention over Vergne for the number two driver at Red Bull.

Should Raikkonen leave, Hulkenberg is already touted as the man to replace the Iceman. This would be ‘The Hulk’s’ 4th F1 team in as many seasons! And I would think that Grosjean too would be replaced with either Paul Di Resta or Adrian Sutil. I find it hard for any of the minnow team drivers to make the move to a team like Lotus. And that would mean that Ferrari backed Bianchi could move in to replace Hulkenberg, which then means that Sauber still has three driver options for 2014. This could be simplified if Bianchi replaced Massa at Ferrari – but given the Frenchman’s lack of experience, it does seem highly unlikely.

So who will likely replace Massa then? It could still be Hulkenberg – after all, his move to Sauber in 2013 was linked to a possible move to Ferrari in 2014. Should Hulkenberg get none of these, would he then consider going back to Sahara Force India, and, if so, will he be considered? Discards from the earlier seasons like Kobayashi, Alguersuari, Glock, Kovalainen, etc., would also be plotting their comeback and add themselves to the mix of cash-rich drivers graduating from the current GP2 season.

As a kid, the best way to enjoy musical chairs was to be the spectator (yes, I admit, not my kind of sport). But I’m certain that, with F1 drivers as participants, this game of musical chairs is probably going to be more interesting than even the World Championship fight as 2013 draws to a close!