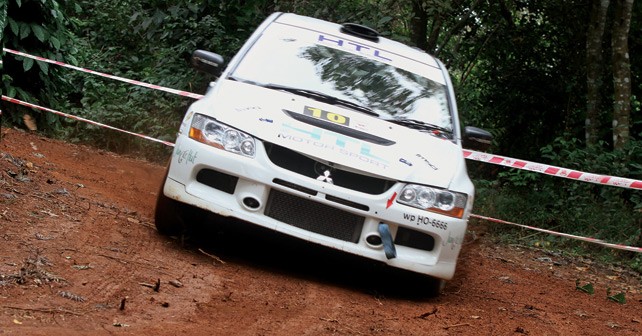 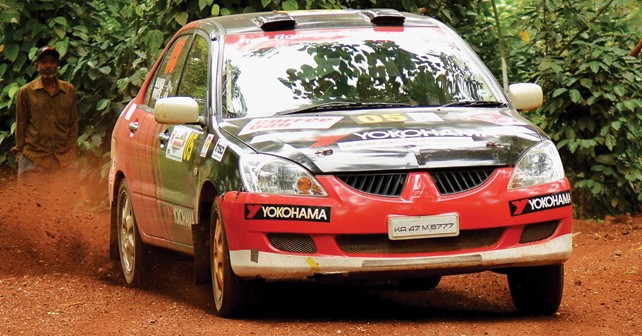 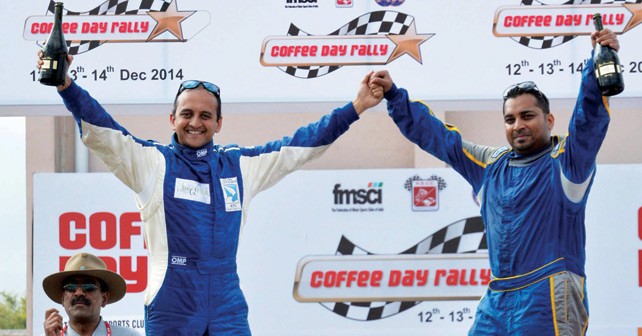 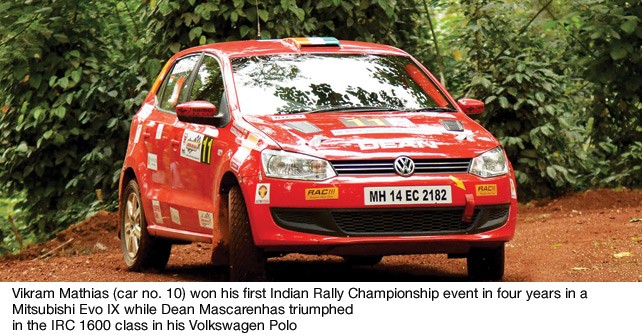 Vikram Mathias and co-driver Swaroop Mohan, in the Mitsubishi Evo IX, nursed their overnight lead to win the Coffee Day Rally at Chikmaglur, Karnataka, the sixth and concluding round of the FMSCI Indian Rally Championship.

In the process, Mathias scored his first win in four years during which he was off the rallying scene, while young Dean Mascarenhas and co-driver Shanmuga SN in a Volkswagen Polo finished second, ahead of Arjun Rao Aroor/Satish Rajagopal who drove the R2 variant of VW Polo.

Mascarenhas, hailing from Mangalore, also took the honours in the IRC 1600 class while newly-crowned IRC 2000 National champion Rahul Kanthraj and co-driver Vivek Bhatt topped his category in the Mitsubishi Cedia and Raghu Nandan B/Suraj K powered his Honda V-TEC to victory in the FMSCI 1600 Cup.

Former National champion Mathias was ecstatic over his victory which he said was totally unexpected considering that he was driving an all-wheel-drive car for the first time and with hardly any time behind the wheel prior to the event.

“It was an experience of a lifetime as I always wanted to drive a 4-wheel drive car. I didn’t do any testing and also had a first-time navigator (Mohan). The conditions were treacherous. So, there were a lot of question marks, but I had no expectations going into this event. I didn’t care whether I won or lost, but just wanted to spend time in the Evo.

“There were issues with the brakes yesterday and today, the clutch packed up. So, I had to drive very conservatively and just wanted to keep the car on the road to finish the event,” said 40-year old Mathias who is based in Masinagudi, near Ooty.

As well as Mathias drove, 20-year old Mascarenhas gave an outstanding performance to finish second quickest and was very pleased with the result, though he had a few leery moments that cost him precious time.

Meanwhile, national champion Gaurav Gill (Musa Sherif), though not in contention for honours in this Rally, delighted his many fans by driving the three Special Stages in his Mahindra Adventure XUV 500 on the final day of the rally despite having to retire on the second day due to a persistent tie-rod problem.