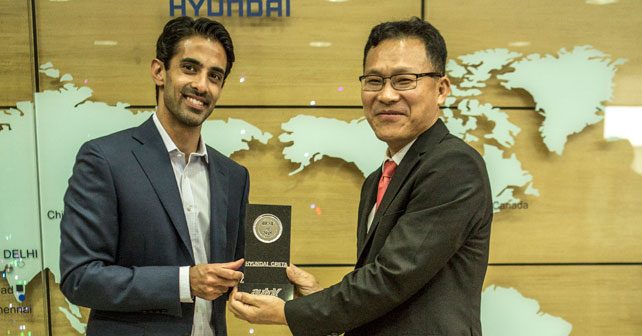 This year we’ve produced 6 million cars. Of this, 4 million were for the domestic market and 2 million for export. Today, we’re operating at almost 98% of capacity. In the past 3 years, many manufacturers have had to actually drop the number of production shifts that they were running – some even closed plants for a while. But we’re thankful to our customers and channel partners for being able to operate at 98% capacity. It shows the strength of the Hyundai brand.

The Indian market has huge potential. It doubles every 6 years. Last year, the Indian market did 2.4 million units. So, by 2020, we should be looking at between 4.5 to 5.0 million. And if the Indian market continues to grow, then the Hyundai brand will play a very strong role – not only in India, but in the world market as well.

Looking at the strength of the SUV / Crossover segment, are you thinking about brining the Tucson to India?

When we look at our product portfolio, we have an edge in the compact segment – starting from the Eon, Grand i10, Elite i20, and even the i20 Active. Similarly, in the sedan segment, we have the Xcent, Verna and Elantra. But we believe that there are white spaces available both above and below the Creta. And if we’re to be a strong player in the SUV market, we will certainly look at the emerging customer demands and aspirations in these two white spaces. We have the technology and the expertise. What we didn’t have was the understanding of the customer because we were not a player in this segment. Today, we’re a strong player – a market leader in the compact SUV space – so we’ll make a very strong move in one of these spaces, or both spaces.

If it were under the Creta, would that be sub-four metre?

For the moment, we’re still observing the situation. GST will decide how things pan out. So, it’s too early for us to take a call – because the GST could have mergers within the taxation structure. So if the benefits that are given to vehicles below four-meters disappear then it would make no sense to constrain ourselves. So, we’re watching the space very closely – both above and below the Creta. 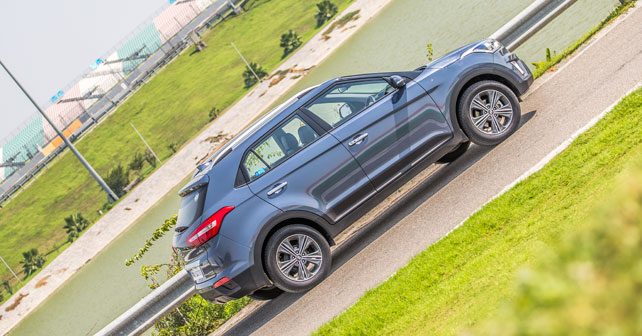 If there’s a delay in the implementation of GST, how will that affect your plans?

India is a very important market globally, and it’s very well marketed and understood by the world majors – and that’s the reason why every world major wants to be in India. In such a situation, and especially for a company like ours – which is operating at 98% market utilization – if any investment has to be made, a few very important things have to happen. One, for any investment, land is required – so the land acquisition bill will play an important role. GST, of course, will also play a significant role. Third would be labour reforms. We believe that the government is working towards all three, and I believe that they will engage will all the political parties and stakeholders. After all, anything that’s good for the country will be good for every political party. The administrative setup is ready, and I think some movement will happen during the next parliament session – because every party is looking forward to the growth of India.