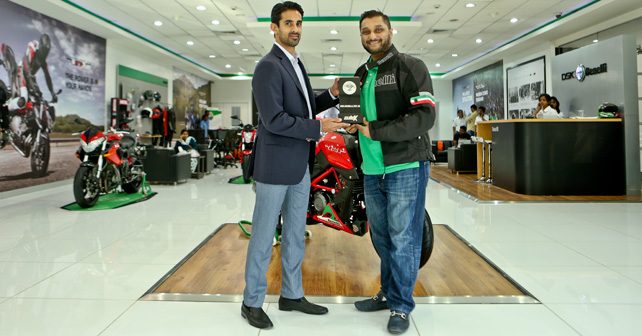 The year’s been excellent! We’re very happy with the way the year has progressed. We’ve got 166% growth, so that’s tremendous for us – we’ve gone from an average of 150-160 units a month to 270-280. Literally, everyone is fighting for motorcycles as we don’t have enough stocks. Our forecast is going wrong, but it’s a good sign because it shows that the brand is really going places. Making money is one part, but making sure that you’re doing the right things in the market is far more critical for me and for DSK.

Looking at it from a global perspective, how important is the Indian market for Benelli?

Italy and China are still bigger, so in the world rankings we are number 3. In terms of expectations, I think Benelli expects India to be the number one market in the next five years. It’s their only focus right now. They’re doing everything in their capacity to ensure that the motorcycles that come to India are suited for our market. Going ahead, we are developing 4-5 new models, and one specifically for India – which we should be introducing here before the rest of the world.

Can you tell us a little bit about that particular model?

It’s a classic-looking, retro styled motorcycle – something between, let’s say, a Royal Enfield and a Triumph. It’s got style and a powerful 380cc engine. It’s won’t compete directly against either Royal Enfield or Triumph. And, of course, pricing will be very attractive. The model’s undergoing R&D right now, but should be introduced by mid-2017. We’ve already seen the first prototype – it looks exciting, and, with this model, we want to tap about 3-5% of the market. And that’s very possible if the pricing is right. It’s modern, yet retro, and it’s got all the gizmos – including ABS.

The 300-500cc space has seen a lot of traction off late, do you see a similar trend in the adventure space?

Absolutely, and that’s exactly why we’re bringing in the TrK 502 to India – which should be available in the first quarter of next year. People want to get into the adventure space, and this bike is made for conditions like ours. Buyers have been going from a 1,000cc to an 800cc, and now it’ll go lower. So, somewhere between 300 to 600-650 is going to be the sweet spot – and that’s where everybody is going to be.

Will you be able to price it aggressively?

Yes, the target is around  Rs.5 lakh, and we should be able to achieve that unless some drastic duty changes happen that are beyond our control.

A lot of new bikes were shown at EICMA last year – any others that you see coming to India?

Aside from the 302 and the 502, we’re conducting market research for the 135. And, if all goes well, in about 4-5 months, we’ll look at launching it. The Leoncino has gone into the prototype stage, and we should get it sometime next year. There’s another very interesting motorcycle – the BX250 – and, once we finish our study of the 135, we’re going to study that too. It’s a 250cc single-cylinder adventure motorcycle. I’m not too sure about that space as yet, as we’ve already seen a few failures. But if it’s a premium motorcycle, it might work. If everything goes well, we should have at least 4-5 new models in the next 12 months.

Are you planning any further expansion in regards to your production and assembly?

Right now, we have enough capacity. We’ve got about 6,500 units from a single shift and it can go up to 13,000 with a double shift. So I think for the next year or year-and-half we’re definitely not worried. But, in terms of expansion, we’re already making some changes that can get us to 15,000 in a single shift. We’re preparing ourselves, while keeping the investments as minimum as possible by making optimum use of our facility. 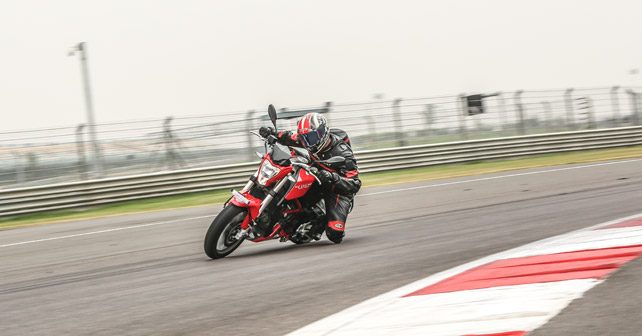 There have been a few concerns about Benelli’s financial position in Italy. Will that impact our market?

No, there will be no impact. At the end of the day, it comes down to who owns the IP. Fortunately, the company that has filed for bankruptcy doesn’t own the entire IP – they own only part of it. There are two companies of the QJ Group that actually own the large percentage share, so the IP can’t go away. But, coming back to the point, they’re not bankrupt. They owe a vendor 100,000 Euros, and it’s not that they don’t have the money – the issue is that there was a dispute, because of which they didn’t pay him. He’s been to court multiple times and this time he got lucky as the court ruled in his favour. That is our understanding of the situation, but the bottom line is that our market won’t be affected. If it had to, it would have been affected already.

Do you expect 2017 to be another growth year?

I expect it to be a blockbuster. We’ve got a lot to give and a lot to do. We plan to expand from 21 outlets to 40. We’re going to be working overtime to ensure that all of it happens smoothly to reach a larger audience and grow the brand further. Our aim is to ensure that we’re at the top of mind for every single biker in the country.