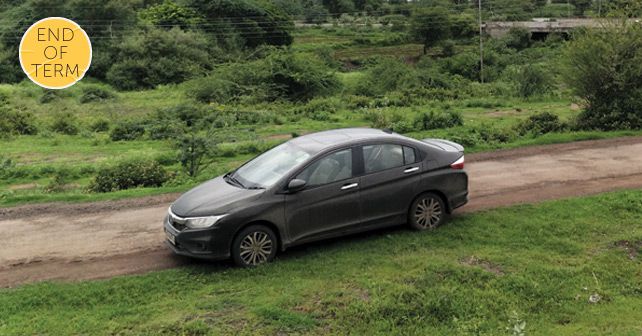 Although it feels like yesterday that I got my hands on the Honda City long term, it has been three months and nearly 5,000 kilometres. One thing that continues to be a challenge is finding a park slot for your car in Mumbai. More often than not, you find tight spots that you’d usually let go for the effort it would take. Not with the City though. Despite a relatively high-set dash, visibility from behind the wheels is brilliant. The reversing camera and the lightness of the steering wheel make things even simpler. Another aspect that really impressed was the practicality of the cabin. There are a lot of stowage spaces – four large bottle holders, two cup holders, space under the handbrake to keep your wallet/mobile phone and more. These are small things that may not catch your attention while buying a car but surely make a huge difference while using it. A recent road trip also made me realise just how much luggage the 510-litre boot space can eat up. 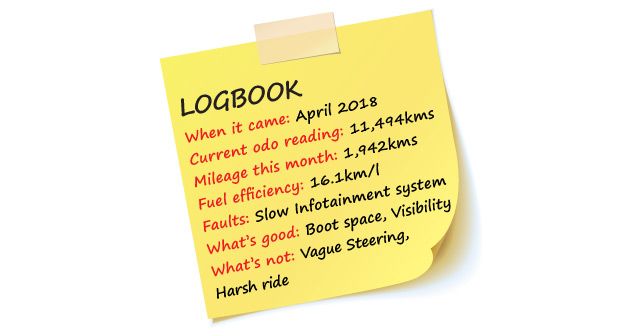 But it isn’t all sunshine and rainbows for the City. While the light steering is a boon in urban driving conditions, it feels vague and artificial on a winding stretch of road. With roads in and around Mumbai in bad shape, the harsh ride of the City is really becoming easily noticeable. It isn’t much of an issue at slow speeds, but the suspension easily bottoms out at high speeds making you want to flinch. The infotainment system is also a bit slow to respond to touch – in fact, on a few occasions it even went in a limbo unable to perform any functions till I restarted the car.

The City is not perfect, but the thing is, almost no other car is either. But at least the sum of its positives is larger than its weaknesses. In fact, it performs most of the key functions with such amazing aplomb that it makes it easy to understand why it is a hot favourite among C-segment sedan buyers.