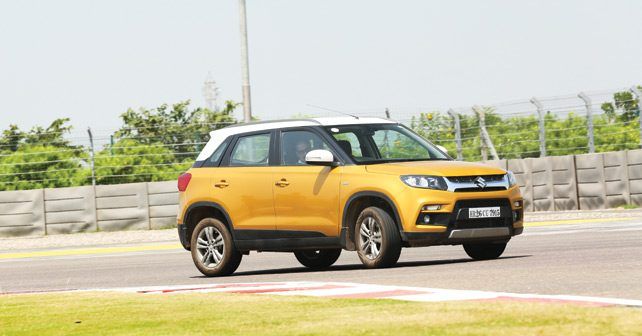 The start of September started with a phone call I always dread, the Brezza needed to visit the service centre for its routine service. Which, given how far I live, means that the car will be gone for at least two days and I would have to go back to driving my own car. Which is not a bad thing, but when one gets used to driving the Brezza, it always becomes difficult to adjust to a smaller and decidedly less roomy car. So, one fine day the driver from the designated service centre picked up the car and I drew up a list of things to be looked at, apart from the regular fluid changes and inspection that are part of the service.

My list wasn’t very long to be honest, I just wanted the clutch pedal adjusted a bit, and oh yes, the rear doors were making a squeaking sound which needed to be looked at by the technicians. Alongside, since the car has already covered over 10,000 kilometres, I also requested that the wheels undergo an alignment check, as well as rotation of tyres, to ensure that all four tyres wear out evenly. When the car returned, in just two days, all the requests had been dealt with and after a thorough cleaning, the car felt as good as new. The doors too were back to their normal smooth operation devoid of any sound. 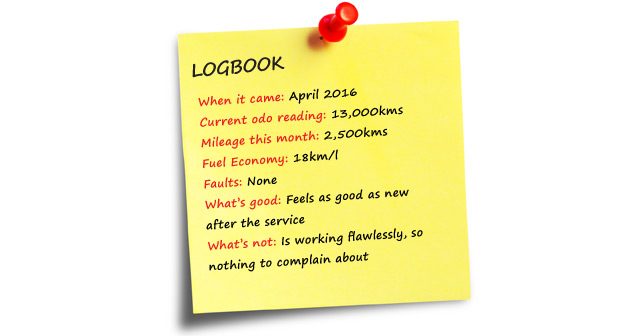 Other than the service, unfortunately, life for the Brezza has been a bit boring this month. Due to lots of work, I’ve not been able to take it out of the Delhi-NCR area at all, and as such, it is stuck on my boring commute in peak hour traffic every day. However, the car still delivers stellar fuel efficiency and the air conditioning works absolutely brilliantly. This ensures that even though the traffic outside is usually pretty bad, I retain my sense of zen with some soothing music playing, cut off from the hustle and bustle of urban traffic.