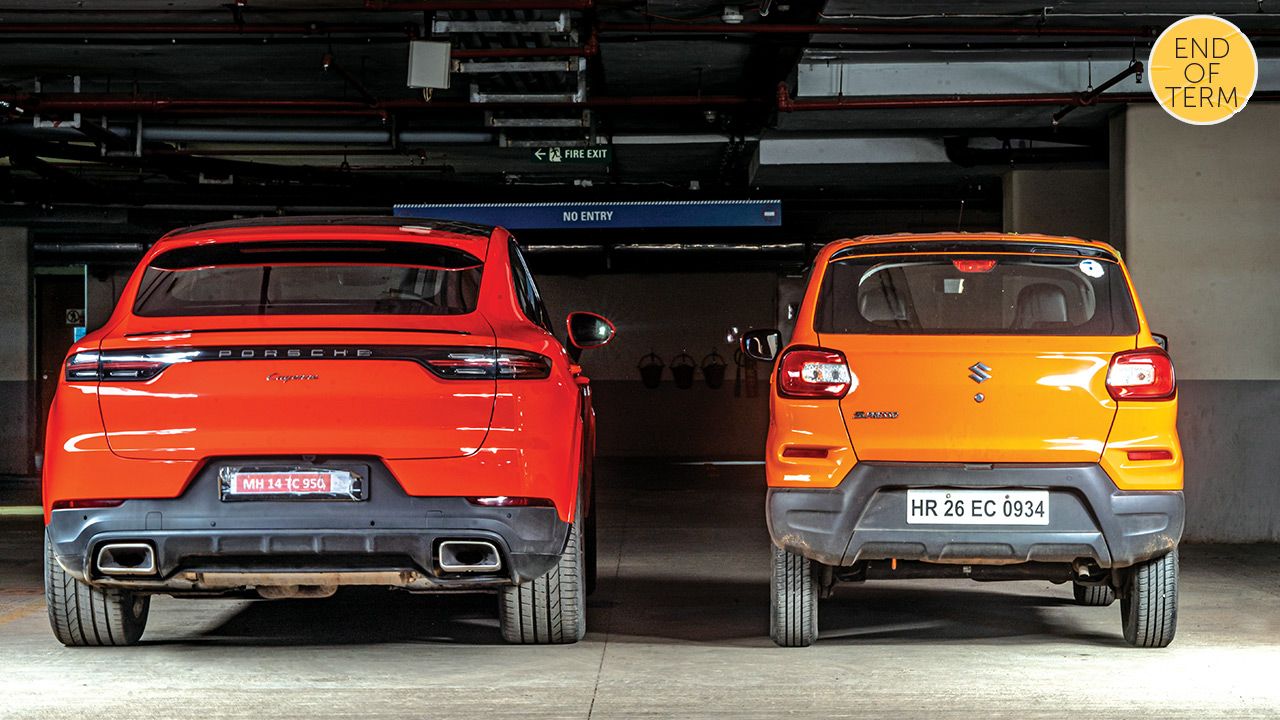 Before you get the wrong impression by looking at the image, let me clarify, we are bidding adieu to the Maruti Suzuki S-Presso and not the Porsche Cayenne Coupe – so far, we haven’t had the fortune to have the latter in our long-term fleet. Those who follow this section regularly would know that we’ve had the S-Presso as our long-term test car since November 2019. During its time with us, it earned the nickname ‘Mango bite’ in the autoX office. Although the name was coined primarily because of its colour, the S-Presso, now that I think of it, is in fact like the popular Mango Bite candy in more ways than one. Both have a noteworthy mix of sweet-sour tanginess and both are not the best thing you can choose for your well-being either. But there’s no denying that they are in fact quite attractive for a lot of people. In fact, I still come across fellow motorists who knock on the window wanting to know how my experience with the car has been. Of course, most seem to be in awe of the design, although I personally am not a huge fan of it. It tries too hard to be an SUV while it’s nothing more than a hatchback on stilts.

One issue that we’ve continually had ever since the Mango Bite entered the autoX fleet was with the microphone. I have reported about it in the past and even flagged it to Maruti. While the problem was somewhat addressed after service, it only went from absolutely no audio at the other end to a faint and distant voice at best.

The space at the back is good enough for two average-size adults – the third passenger might feel a bit cramped, but in this time of social distancing, it doesn’t quite matter, does it? For us though, the S-Presso has been very useful during shoots in Mumbai. Its back seat has been used more by our camera equipment than actual people, and the boot has been used more by our cameramen than luggage. Also, it has been a pocket-friendly fun car to drive. If you ignore the jerky nature of the AMT, the engine is peppy, and you can have a whale of a time slithering out of traffic. The S-Presso’s light construction and compact dimensions have a huge part to play here. Out on the straight highways, it only feels at ease while cruising at three-digit speeds. It does sometimes tend to shudder and feel nervous, especially against strong crosswinds. With 14-inch wheels and a tall height, it isn’t very planted or confident when pushed to the limit on tight hilly roads either. But let’s face it, the S-Presso is more of an urban commuter than a highway hauler. With that in mind, it has everything you need to make your routine trip absolutely stress-free. All said, our time with the S-Presso has been fuss-free and relatively cheap.