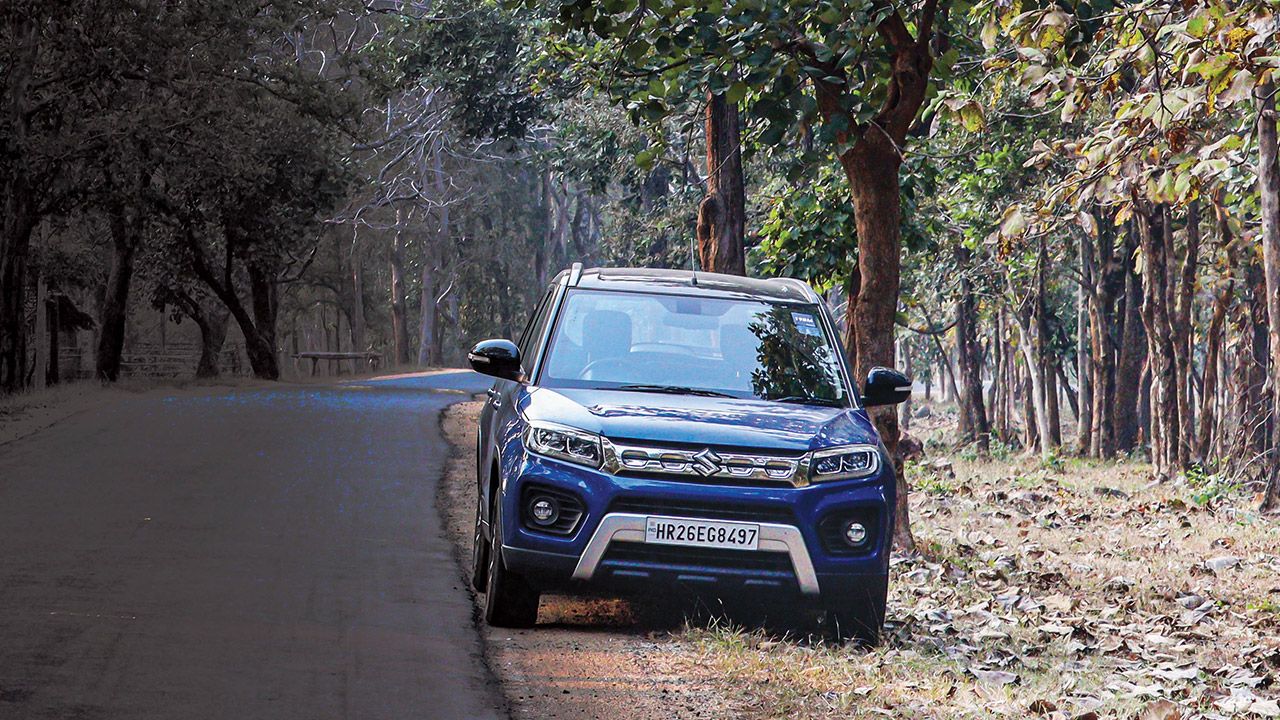 December gave me the perfect opportunity to stretch the legs of the Vitara Brezza. A 2,000km road trip to the Pench Tiger Reserve was planned, the 328-litre boot of the Brezza was loaded, and the journey began on Christmas. We began at midnight and thankfully, the Brezza’s LED headlights provided good illumination.

A large part of our journey was on uneven and unmarked state highways, but the Brezza was reasonably pliant, especially in comparison to the older model. While the setup is still a bit on the firm side and you do get tossed around in the cabin at slow speeds, it feels a lot more absorbent at medium or high speeds. The state highway between Khargone and Betul is narrow and is full of twisty sections – the kind of roads that would highlight the problems of the Brezza. While the light steering makes it convenient in the city, it feels uncommunicative and rather lifeless on smooth flowing switchbacks. Thankfully, the new 1.5-litre petrol motor doesn’t leave you with that feeling. The power delivery of the naturally-aspirated motor is linear and feels amply enjoyable when kept in the 4,000 – 6,000rpm range. Despite its limitations, the Brezza, even in this avatar, is a tractable and easy car to live with. No wonder it still sells like hotcakes.

With the exception of a couple of shoots, our long-term Brezza has primarily been on city duty this month. And in the urban jungle, it makes quite an impression. Given that the BMC is looking for some underground treasure, traffic in Mumbai is at an all-time high. The Brezza is really a boon in such conditions. Its steering and clutch are light and visibility is good too. It also helps that you can move up the gears rather quickly. Even at slow speeds of about 15 – 30km/h, you can easily hold second or third gear without the slightest hint of knocking. 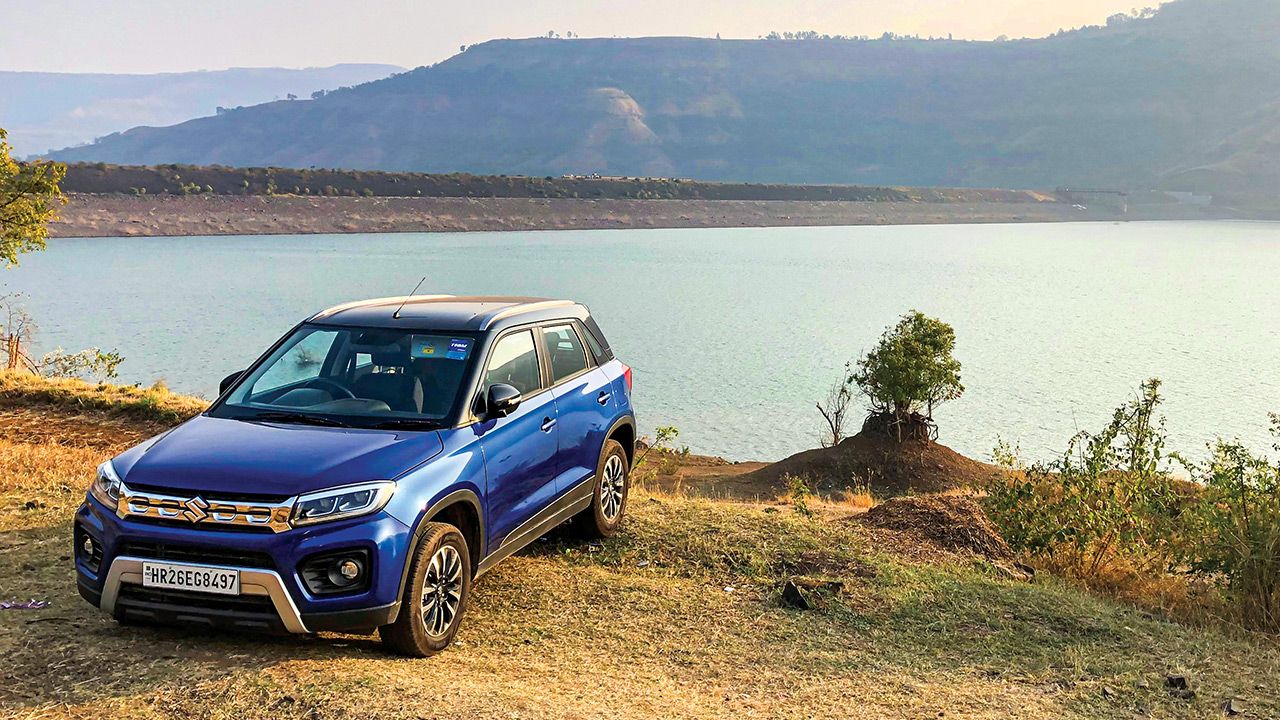 Maruti Suzuki brought in this updated Brezza in February last year, and since then the sub-4 metre space has changed drastically. Cars like the Kia Sonet, Hyundai Venue, and even the i20 for that matter now come with loads of tech, something that makes the Brezza feel a bit dated. The exterior design of the car has also started to feel a little long in the tooth. Sure, Maruti did make some mild changes to this facelift, but the overall design has still been unchanged for nearly half a decade now. Despite that, it continues to be among the highest selling in its class. Quite something, isn’t it?

I have spent a lot of time driving Maruti products over the last year or so, considering that the Wagon R and S-Presso were my long-term cars before the Brezza. And the more I drive them, the more I fall in love with them, especially with their sorted ergonomics. In the Brezza, for instance, from the air-con controls to controls for the electrically adjustable ORVMs, everything is well within reach and right where it should be. Finding the right driving position is not a laborious affair at all. Some settings, however, are a bit too complicated for my liking. You can change the colour of the instrument cluster, switch the speed-sensing auto-lock off, and even change the central locking settings. All these changes, however, are hidden in the instrument cluster and are annoyingly difficult to find or remember. The interface could have been simpler or even incorporated into the infotainment screen. 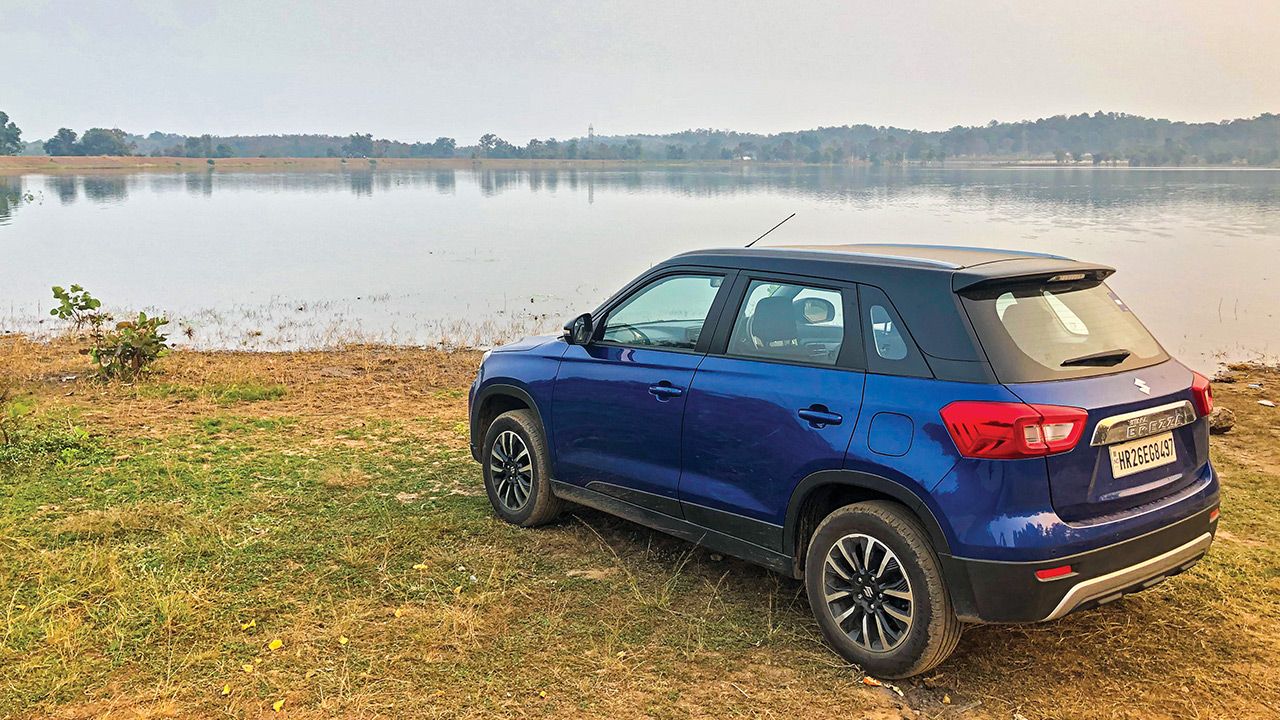 This month, I have driven the Brezza nearly 925kms within the city. And I must say that I have really come to appreciate the Brezza’s transmission. It really allows you to upshift quickly. When you are slotted in third at about, say, 20km/h or even in the top-cog at just over 40km/h, the Brezza shows no signs of discomfort whatsoever. This characteristic single-handedly makes the exasperating city commutes considerably more relaxing, which, for me, is a huge plus.