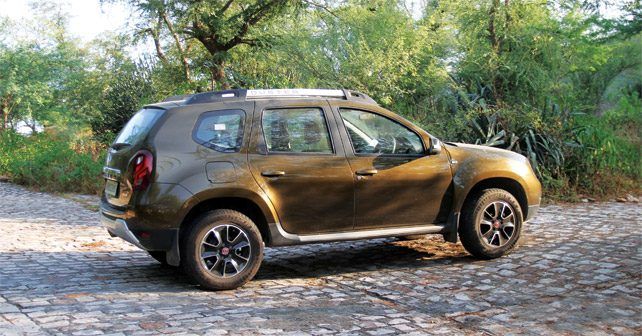 I think I mentioned in my last report that the Duster’s gearbox features quite closely spaced gear ratios. And this is quite a boon in urban traffic as that allows me to put the car into second or third gear and just pootle around without the need to use the clutch incessantly. However, as with most things, this too is a double-edged sword, as the Duster’s high-speed performance suffers a bit due to the close ratios. So, at higher speeds, the Duster simply doesn’t have the same punch as it does in lower gears. I think to further improve its high-speed cruising ability, a longer fifth and sixth gear would be a much-needed improvement. 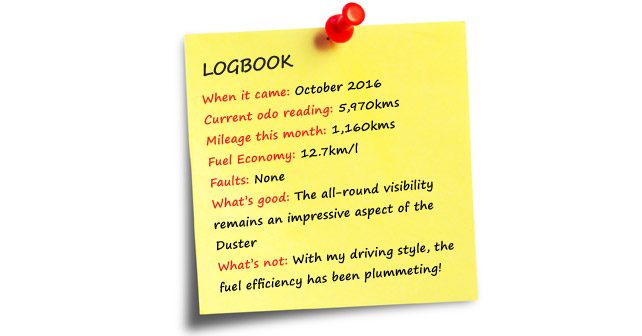 However, the one thing that I find very impressive about the Duster is that in a world filled with vehicles featuring higher and higher shoulder lines resulting in reduced visibility, the Duster stands out with low shoulder line and a big glasshouse. As a result, the Duster remains a breeze to drive in all kind of conditions as the excellent visibility gives the car a lot more confidence in both everyday driving or when parking the car.

But, my driving style and the Duster don’t seem to be agreeing much when it comes to the fuel efficiency. When the Duster was delivered to me, the average fuel efficiency figure was at a pretty good 14.9km/l, but, in two months of driving, I’ve already managed to bring that down to 12.7km/l! Now, this is not a fault of the vehicle, as much as it is that of my heavy right foot. So, maybe it’s time I tried a few alterations to my driving style to see if I can get that efficiency to improve a little bit.