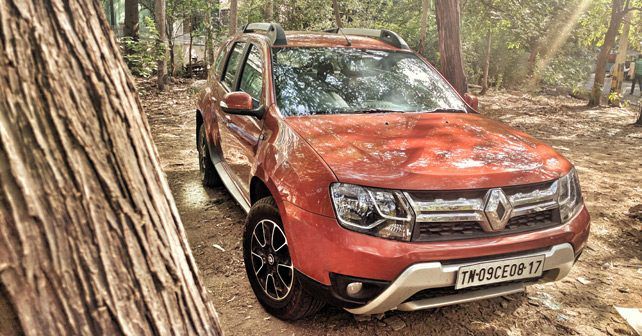 It’s no surprise that the traffic in the urban centres of our country is growing at an unsustainable pace. With the public transport infrastructure varying somewhere between poor and non-existent – depending on which city or area you are in – there has been a rush by customers to buy their own means of transportation. Not to mention, with the entry of Uber and Ola, the taxi segment has seen uncharted growth. The end result, however, has been that traffic density has grown multi-fold and if you’re unfortunate enough to travel during peak hours, the commute can be a long and painful one.

So, when Renault offered us a Duster AMT as a long termer, I jumped at the opportunity. The convenience of driving a comfortable, honest-to-God SUV with an automatic transmission was a combo that offered a lot of promise, and after years of driving manual gearbox turbodiesels in traffic, my left leg could surely use some rest. 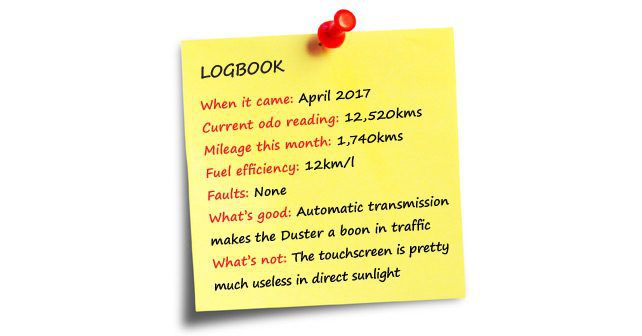 First impressions of the Duster have been rather positive – but then again, I’ve always been quite fond of the car – with its big glasshouse, there is excellent visibility all round which makes driving and parking a breeze. And the high-up seating position makes tackling traffic a much easier task. The engine, as always, might be basic but remains effective and the Duster has more than enough performance for daily use. And, of course, the suspension setup is amongst the best in small-SUV’s that we’ve driven.

However, the AMT technology is something I’ve never been a fan of, and that opinion doesn’t change in the Duster. I’ve always thought of AMT’s as stop-gap arrangements and the same applies here, as the upshifts in the box can be excruciatingly slow at times. Sure, easing the throttle a bit helps, but still, faster upshifts would be a definite improvement. And, as I think I mentioned in my review last year, the touchscreen is completely useless in direct sunlight and is barely legible.

But, with the convenience of the automatic, even if shifts are on the slower side – and an air-conditioning setup that is truly chilling even in 45-degrees heat, I’m quite enjoying my time with the Duster.