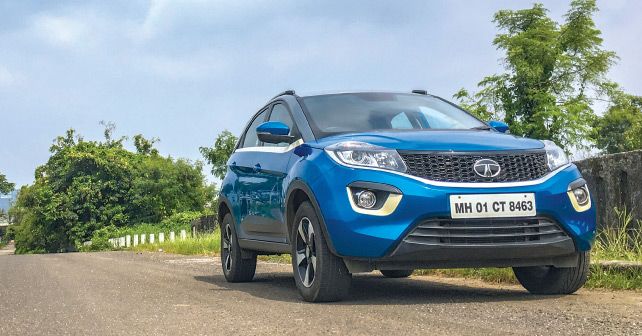 Finally, a more powerful Tata! In the past, I’ve spent a few months with the Tiago and the Tigor for my long terms. While both were just about adequate in the urban environment, on the highway they felt like fish out of water. The Tata Nexon is not like that. The 1.5-litre diesel that we have on test is easily the best performing small car from Tata. The motor is reasonably refined and it has enough poke to keep things fun. And then there are the drive modes – Eco gives an efficient drive, City a relatively peppier response and Sport extracts the most from the motor. For a 108bhp motor, it is impressively efficient too. In fact, so far it has been returning similar fuel efficiency figures as the Tiago and the Tigor.

Tata has managed to nail the comfort quotient in their new range of offerings, and the Nexon is no different. Seats are wide and have good under-thigh support. There’s even room enough for five for short distances. And it comes loaded with features too – right from Apple CarPlay to reversing camera – it has all standard features of the segment. 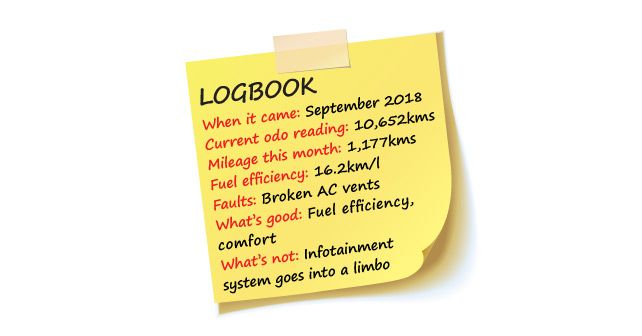 In the past few years, Tata cars have surely improved in terms of quality, but there is still a huge scope for improvement. The traces of which are evident inside the cabin – of the four air-con vents up front, two are broken already. The infotainment system, although a decent sounding one, goes into a limbo sometimes. But one thing that bothers the most is the low-light clarity of the reversing camera.

I have just got the Nexon a few weeks back, and, except for a routine Pune run, I haven’t hit the highway as much as I would like. Maybe one of these weekends I will pack it with people and luggage to give you my take on its touring capabilities.