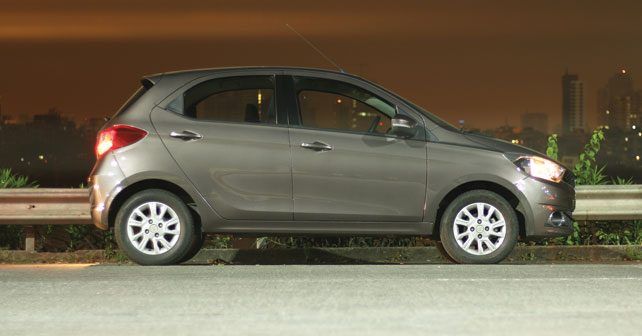 Since the time of its launch in April this year, the Tiago has been the best selling car for Tata and for good reason. The boffins at Tata worked their fingers to the bone in developing the Tiago and the result so far has been quite fruitful. And knowing that they had a lot riding on the Tiago, the fruit seems even sweeter. Tata set out to change its brand perception with the Zest by improving its overall quality. While the Zest was a good first step, the Bolt failed to up the ante. The pressure then automatically fell on the Tiago even before its launch. Fortunately for Tata, the Tiago has owned up to it.

While we have driven the Tiago on several occasions before, to test its quality and reliability we would have to live with it a bit longer and put it through its paces; and that’s how we got our hands on our long term Tata Tiago diesel.

The designers who sketched the Tiago deserve a pat on the back for successfully managing to make it typically Tata at the same time ensuring it looks contemporary. With sharp lines in all the right places and spot on proportions, the Tiago is quite a good looking car. And it is aesthetically sound even on the inside. The dashboard is fairly well built but we would have loved better finished plastics. Space is probably the biggest USP of the Tiago. I recently took it for a weekend getaway to Panchgani and three average sized adults were comfortably seated at the back. 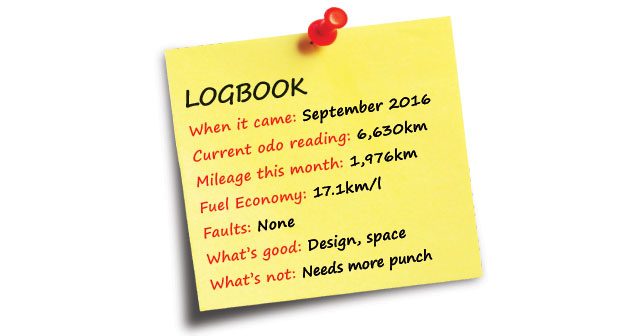 The 1-litre three-cylinder engine however wasn’t as comfortable lugging a fully loaded car up the ghats. The engine felt strained and had to be revved hard in order to maintain the momentum. You feel the need for more power and torque, especially while accelerating from lower speeds going uphill. On the Mumbai-Pune Express Highway though, the car could easily maintain three digit speeds without throwing too many tantrums. But it feels even more at home in the city. It packs enough punch in the mid-range for your city jaunts and the gearing is tuned for improved efficiency too.

Its been a month since I got my hands on the Tiago diesel and it has already done close to 2,000km. So far there have been no major quality issues. Although it demands a more powerful engine on the twisties, I find it just apt for my routine drive to work and back – a great city slicker if you will.