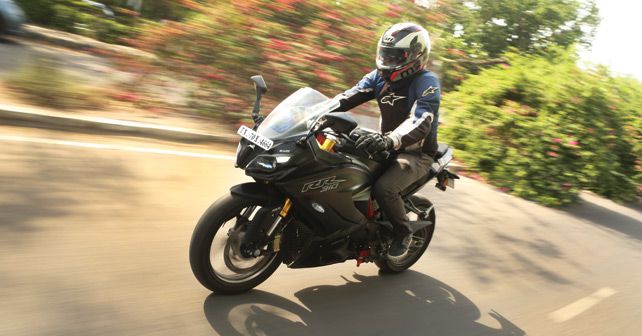 Last month the TVS Apache RR 310 entered our fleet, and Jared gave you his first impressions of the motorcycle. This month I took the ownership of the bike, and here’s what I’ve to say about it.

So, what’s good? Gob-smacking looks, performance and ride and handling balance. The suspension setup is right on the money – it’s not RC390 stiff but isn’t R3 soft either. And I really like the LED headlamps, too.

What’s decent? Brakes. They perform really well, but there’s no feel from the lever initially. And that means that you tend to grab the front brake lever too hard, when braking from high-speeds, which results in a sharp nose dive and feels like you’re going over the bars. 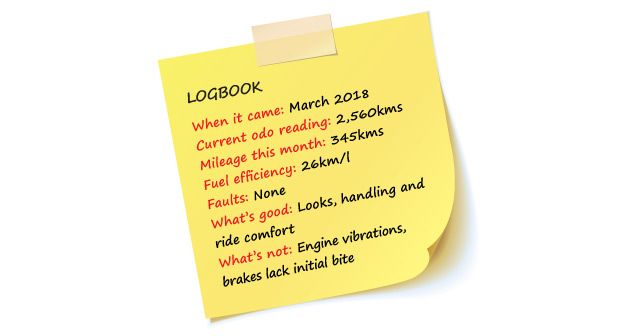 What’s not so good? Engine. Strong low-end, but there’s a flat spot between 4,000 – 7,000rpm. Plus, as Jared already pointed out, there’s a lot of vibrations. The top-end is pretty strong again as the bike pulls really well at high rpms. Vibrations, however, stay with you through the handlebar and pegs. We reported this to TVS and they were prompt in addressing the issue. The bike was taken to the service centre for inspection, and we were told that it has been fixed. From what I can tell, vibrations have reduced remarkably, but not completely. I am getting used to that now, as I believe this is an inherent character of the engine. Let’s see how it goes from here on.