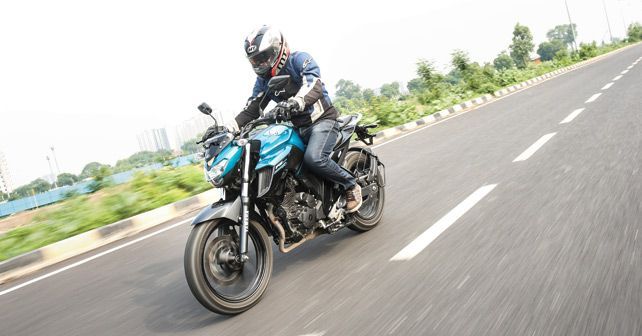 Say hello to the latest entrant in our long term fleet, the Yamaha FZ25. First things first, we had been waiting for this motorcycle for quite a while – eight months, to be precise. However, now that it’s here, let’s stop mourning the time we had to spend without it, and get on with the first report.

I have ridden the FZ25 a couple of times before, and I have always felt that it straddles a fine balance between a performance bike and one that’s easy to ride on a daily basis. And now that I am riding it virtually every day, my opinion hasn’t changed much. Despite being a 250cc motorcycle, the FZ25 is a relaxed commuter that has oodles of torque to keep you excited. It’s quick, but it seldom shouts about it. Plus, it handles really well in the city. Filtering through traffic is done without any real issues – save for the rear-view mirrors that jut far too out and occasionally graze ORVMs of some cars on the road. I think it’s quite annoying – for car drivers, of course. 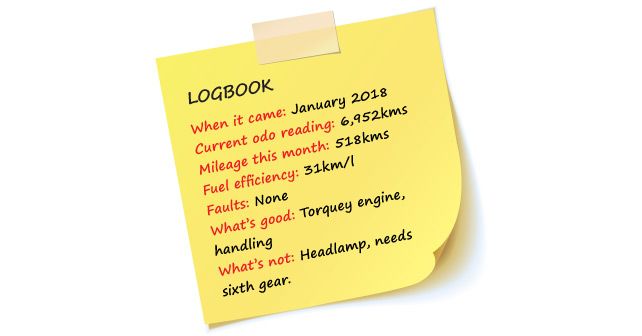 My daily ride begins – as well as ends – with a 15km stint on the Greater Noida Expressway. And while I’ve no qualms about the bike’s performance, I do miss an extra gear, though. At high speeds, the engine doesn’t sound the happiest and the handlebar gets buzzy. That’s mentally tiring, if not physically. Other than this, I feel the LED headlamp doesn’t have enough illumination. Even though the three-LED unit looks amazing, it isn’t functional enough with only two LEDs working in low beam. Apart from these issues, though, I do enjoy riding the bike everywhere.

A few days after we got our long-term bike, Yamaha issued a recall for over 21,000 units of the FZ25 in India. According to Yamaha, the engine head cover bolt may come undone in the FZ25, so it must be tightened to a specified torque. So far, Yamaha hasn’t asked us to return the bike, and even if they do, I don’t think this is a very serious issue, and I’m sure it would be fixed in no time.

With the winter on its way out, I think I’ll be clocking more miles with the FZ25 in the coming days. However, I know for a fact that Jared is really fond of the smaller FZ-S, and he’s been wanting to ride the FZ25 for quite a while. I hope the big man doesn’t take it away from me. Fingers crossed.