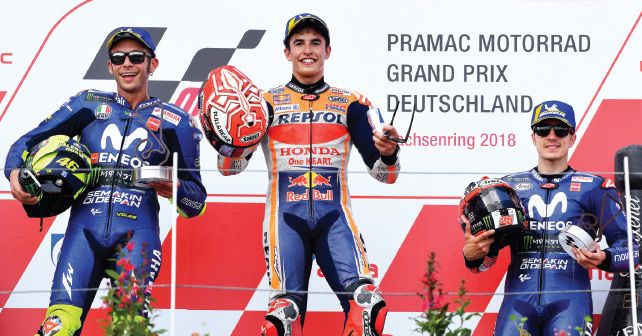 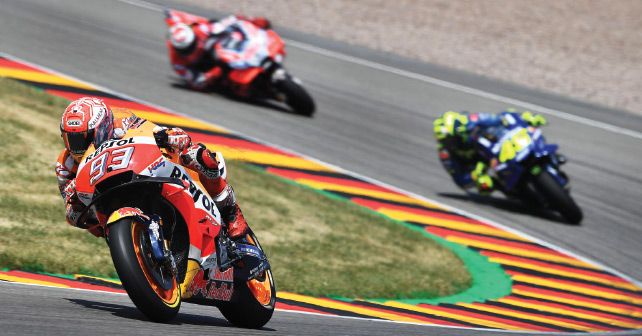 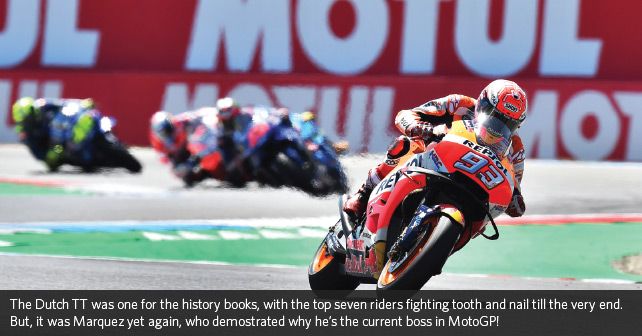 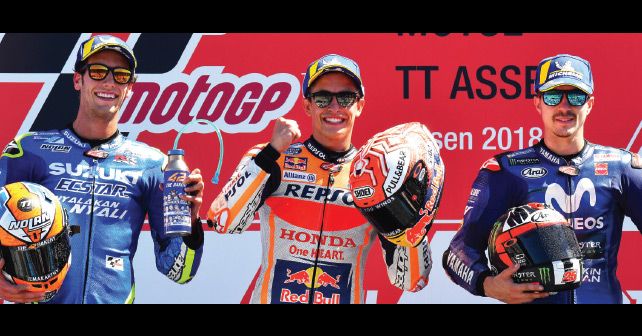 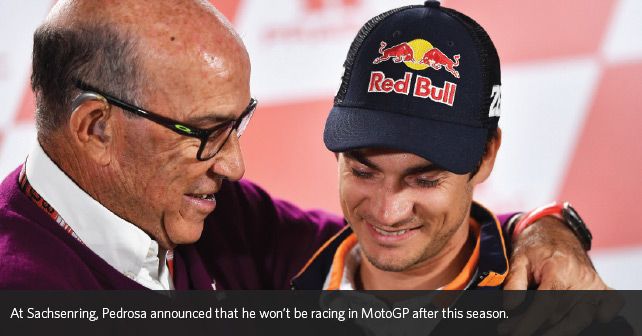 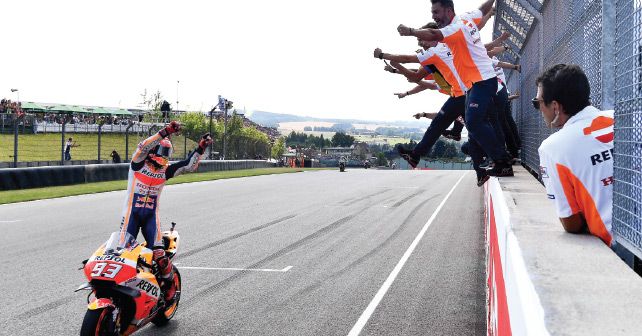 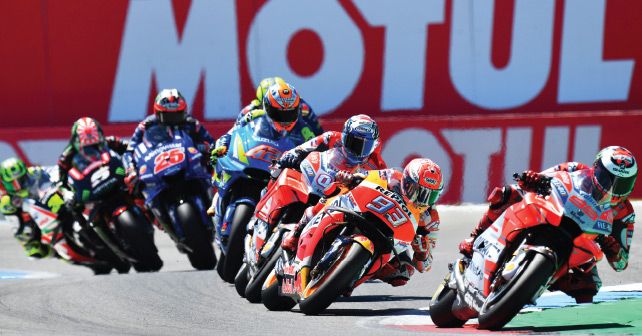 With authoritative wins in Assen and Sachsenring, Marc Marquez is steadily cruising towards his seventh world title.

If not for a bizarrely erratic performance in Argentina early in the season, and not being able to save his Honda from falling, unlike the way he has done so many other times, this season would’ve seen a near perfect MotoGP campaign from the sport’s latest and quite possibly greatest living legend – Marc Marquez.

The 25-year-old Spaniard has won five of the nine Grands Prix held before the mid-season summer break, finished second twice and on those aforementioned off-days, he was 18th and 16th.

And it’s not as if Honda can claim a definitive advantage over the machines from Yamaha and Ducati. The Movistar Yamaha MotoGP team does, in fact, lead the team’s championship.

It’s only on account of Marquez’s incredible performance that Honda leads the constructor’s standings with 200 points over Yamaha’s 160 points. The best result by a rider representing a marque counts towards points for the title, unlike the team’s championship where the combined points tally of a team’s riders decide the outcome.

Movistar Yamaha has 228 points through the efforts of Valentino Rossi – who is second in the riders’ championship with 119 points – and Maverick Vinales, with the former often showing his lack of experience while also showing the raw speed that made Yamaha draft him as a replacement for Jorge Lorenzo.

The Repsol Honda Team, meanwhile, has 214 points in the team’s championship and the vast majority of that is on account of Marquez’s tally of 165 points.

Marquez’s performance in the Dutch TT at Assen, the eighth round of the season, was proof that no. 93 – his race number – was the main reason for Honda winning four constructor’s standings since his MotoGP debut in 2013, when he won the title by just four points over Jorge Lorenzo, who was with Yamaha that year and will partner Marquez at Repsol Honda from next season.

Lorenzo was in the hunt for the Dutch TT win as were Vinales, Rossi, his Ducati teammate Andrea Dovizioso, Suzuki’s Alex Rins and Cal Crutchlow of the LCR Honda team.

All these riders fought over a thrilling 24 laps out of the 26-lap race with Marquez even managing to prevent a crash after being forced wide by Rins.

But Marquez won by 2.269 seconds ahead of Rins, while just under 0.7 seconds covered Rins, Vinales, Dovizioso and Rossi, who were second, third, fourth and fifth, respectively. Crutchlow was just under a second behind Rossi in sixth while Lorenzo was just under 0.6 seconds behind Crutchlow.

Marquez then won his ninth successive victory at Sachsenring across three different classes of motorcycle grand prix racing. From 2010 in the 125cc championship (which has since become Moto3 that uses 250cc bikes) to two wins in the Moto2 championship in 2011 and 2012, and then never being beaten in the MotoGP category since 2013.

Perhaps the biggest casualty of Marquez’s dominance of MotoGP since his debut – aside from Rossi’s reputation of being the greatest ever rider, which was already disputed and is definitely so now – has been Dani Pedrosa’s standing within the Repsol Honda team and in MotoGP as a whole. The soon to be 33-year-old will retire at the end of this season.

The diminutive Spaniard has been a champion at the 125cc and 250cc levels – now Moto2, which uses 600cc four-stroke bikes and will be replaced with 765cc engine bikes next year. He came close to winning the 2012 MotoGP title but since then has had to adjust to Honda building its bike in an effort for Marquez to race at his best. This was the only way Honda saw it possible to beat Yamaha.

A bike that requires no small amount of physical effort paired with Michelin tyres that are nowhere near as predictable as Bridgestone’s (who were the control tyre supplier until 2015) has seen Pedrosa completely overshadowed. Pedrosa’s replacement, however, could make things interesting. 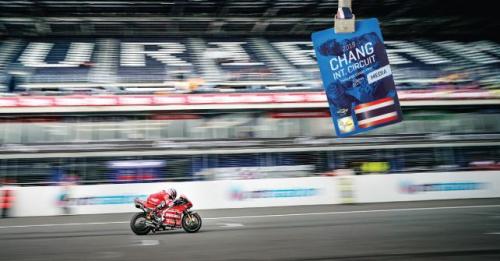 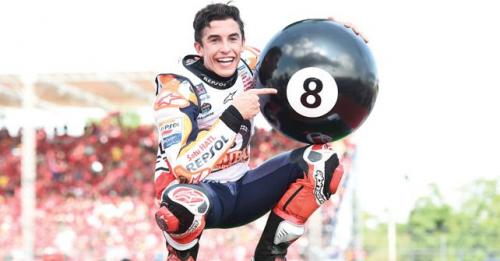 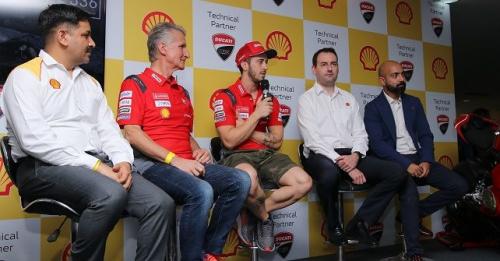 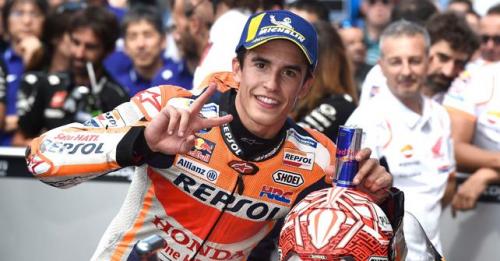 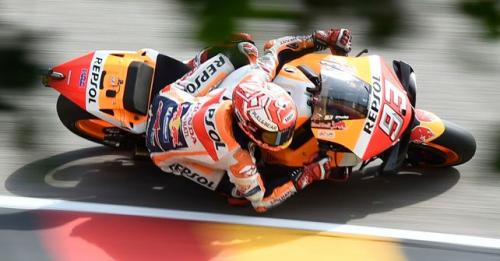 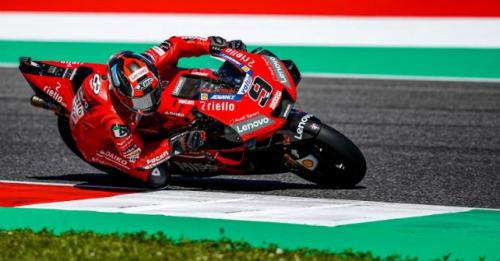