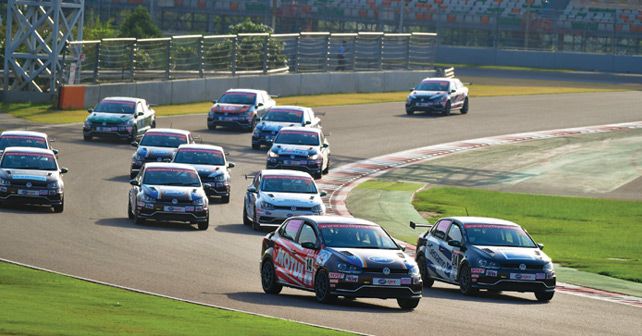 The driver selection for the 2019 Ameo Cup will be held at Indi Karting Track in Pune. Last day for registration is 3rd February 2019

Volkswagen Motorsport has commenced registration of drivers for the 2019 Ameo Cup. This is the tenth consecutive year that the Volkswagen is organising a one-make series in India and the third year of the Ameo Cup. The Wolfsburg-based firm has been organising the series with several of its road-going cars – starting with the Polo, followed by the Vento and for the past three years with the new Ameo. The selection process will start at the Indi Karting Track in Pune where aspiring racers can showcase their talent behind the wheel. The last day for the registration is 3rd February. Drivers will be selected basis their performance, consistency, understanding of racing, lap times and most importantly their attitude.

Speaking about the third Volkswagen Ameo Cup, Head of Volkswagen Motorsport India, Sirish Vissa said, “2019 is a special year for Volkswagen Motorsport in India. We are entering our tenth year and looking back, I feel a sense of pride in the journey that we have covered be it in terms of the progress we have made in infrastructure to the work we have done in raising awareness about motorsport in the country and supporting amateur and seasoned talent alike. We have had some great races last season and I look forward to another year of superb talent and racing season.”

Drivers for this year’s Ameo Cup will be selected in the weeks to come, and subsequent to the selection process will have to go through a fitness program. The 2018 championship had 19 drivers – a mixed bag of previous racers and rookies – expect similar participants and assortment this year too. The 2019 Volkswagen Ameo Cup is expected to commence in June with races organised at the Kari Motor Speedway in Coimbatore and the Buddh International Circuit in Greater Noida.

The Volkswagen Ameo Cup car is powered by a 1.8-litre TSI motor that develops about 200 horses and comes mated to a race-spec transmission. The format for this year will remain identical with nearly 20 racers taking the grid for 10 races through the year in identical cars.