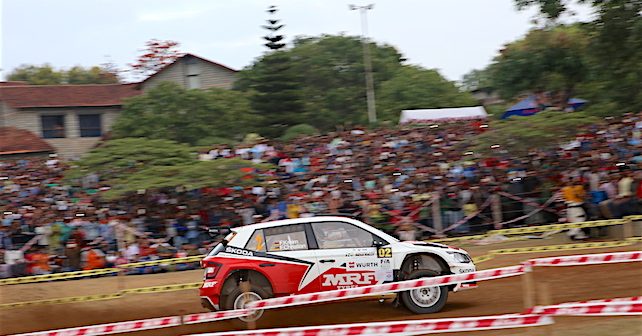 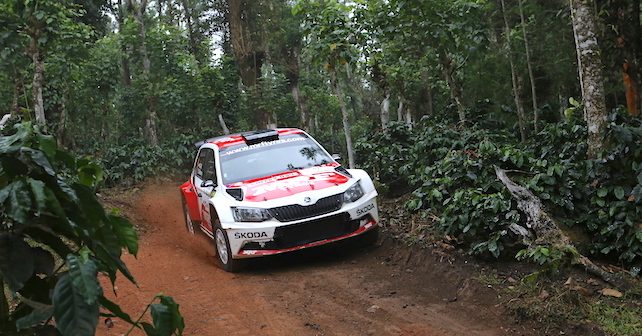 Newly crowned two-time APRC champion Gaurav Gill was the fastest in the morning shakedown and trails Kreim in the classification by just 0.7 seconds. (PHOTO: Vinayak Pande) 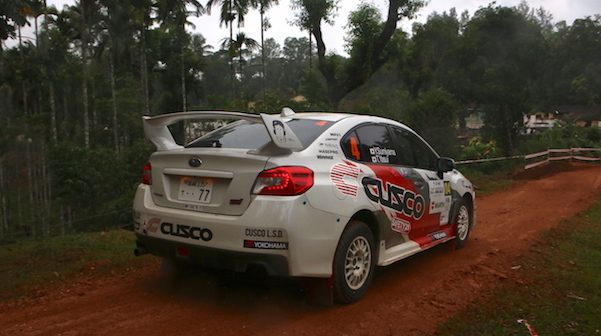 Following the first timed stage of the final round of the FIA Asia-Pacific Rally Championship - India Rally - Germany's Fabian Kreim leads after setting the fastest time of 2min. 17.8sec. on a short super special stage at the Amber School in Chikmagalur, Karnataka here today. The Team MRF Skoda driver leads his teammate and newly-crowned two-time APRC champion Gaurav Gill by just 0.7 seconds. The Indian set the fastest time in the 1.6km shakedown for the event that was held earlier in the day where he was 1.4 seconds faster than Kreim. The smooth trail was made a little slick on account of a light drizzle but overnight rain should make tomorrow's stages tricky.

The first APRC event to be held in India since 2004 was flagged-off yesterday where a field of 51 entries across all classes - in which only five are in the APRC class - lined up to start to welcome the return of international rally competition in the country. Gill, who turned 35 yesterday, has already sealed the championship with five wins in the last five events.

The Delhi-based driver felt that the rally's tight and twisty stages would be extremely tough on the R5 Skoda Fabia that he has driven for the first time this year after previously competing in a Super 2000-spec of the car.

"This is the rally of a thousand corners," said Gill while speaking at a press-conference just after the morning shakedown and yesterday's recce of the 17 stages that amount to 225.26 kilometers in a total distance of 519.02 kms. "This rally would remind me of the Cyrpus and Acropolis Rally in terms of the difficulty level although the stages here are very smooth.

"I expect a lot of stress on the brakes and the gearbox too as we will be shifting a lot over a single stage."

Kreim, the current German national champion, had never driven on gravel prior to this APRC season and has had fun adjusting to the demands of driving sideways.

"There are only tarmac rallies in the German championship," said Kreim. "So the first time I drove on gravel I recall looking out of the side window instead of the windscreen!"

With nothing to play for except pure competition, both MRF drivers will be aiming to look straight ahead as much as possible in their bid for victory. It is highly unlikely the remaining three cars in the APRC class will be able to match the R5 Skodas in terms of traction and can only hope for mechanical trouble to contend for a win. 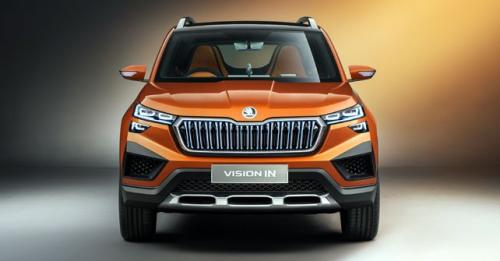