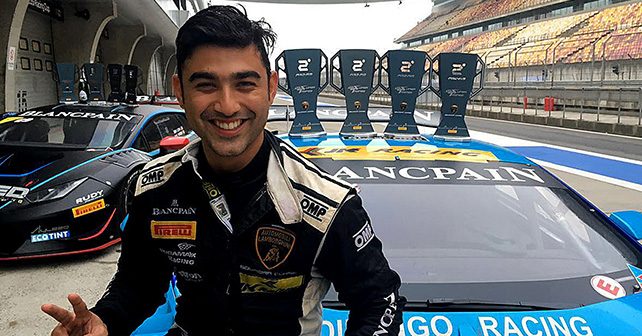 Armaan Ebrahim has claimed two podiums in round 1 of the Lamborghini Blancpain Super Trofeo Asia Series.

Driving along side his Sri-Lankan team-mate, Dilantha Malagamuwa, Ebrahim finished second in both races of the weekend at the Shanghai International circuit.

27-year old, Ebrahim qualified second for Race 1 and took an early lead. But suffering from problems with the brakes later on in the race, led him to drive cautiously and drop back down to second. Ebrahim held station till the finish line to settle for second place.

Dilantha had qualified sixth for Race 2. The Sri-Lankan managed to make his way up to third place. Dilntha was hit from the back in a racing incedent costing him track positions. He then pitted the car early and handed over to Ebrahim for the final stint. Ebrahim managed to get some momentum to start climbing up the order gradually and was soon in second place. Despite his numerous efforts and attempts, Ebrahim just couldn’t close the gap enough and decided to take home another second place.

“We could have probably won both the races, but not a bad way to start the championship. I am happy to have points in the bag. We had a few issues with the car, but overall, it was a good weekend” said Ebrahim

“The qualifying sessions on Saturday were in the wet. However, it was cloudy but dry today. In the first race, I had a problem with the brakes when leading and conceded the lead. I decided to settle for second place.

“In the second race, Dilantha started in sixth position and was running third when he got tapped from behind. We decided to pit him early and I took over. I made a few places, but eventually had to be satisfied with a second.

The next round of the Lamborghini Blancpain Super Trofeo Asia Series will take place at Suzuka, Japan on June 11-12, 2016. 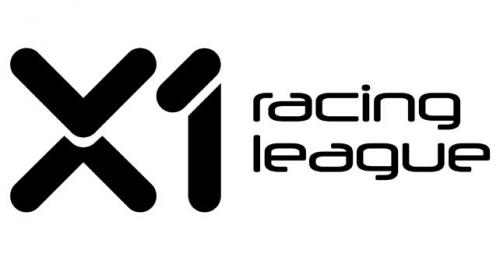 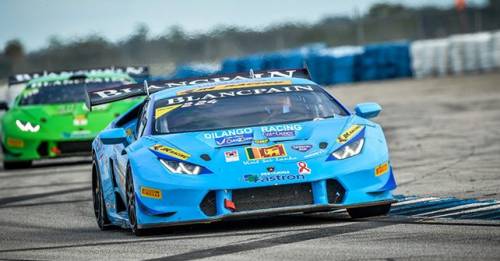 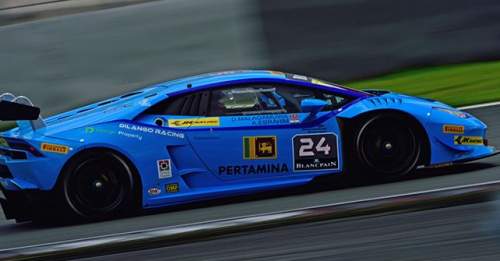 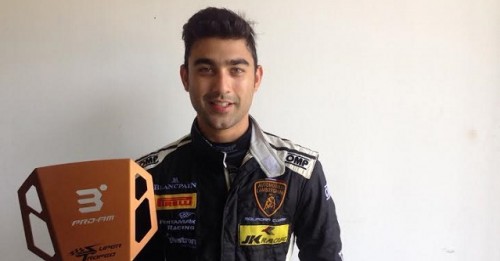