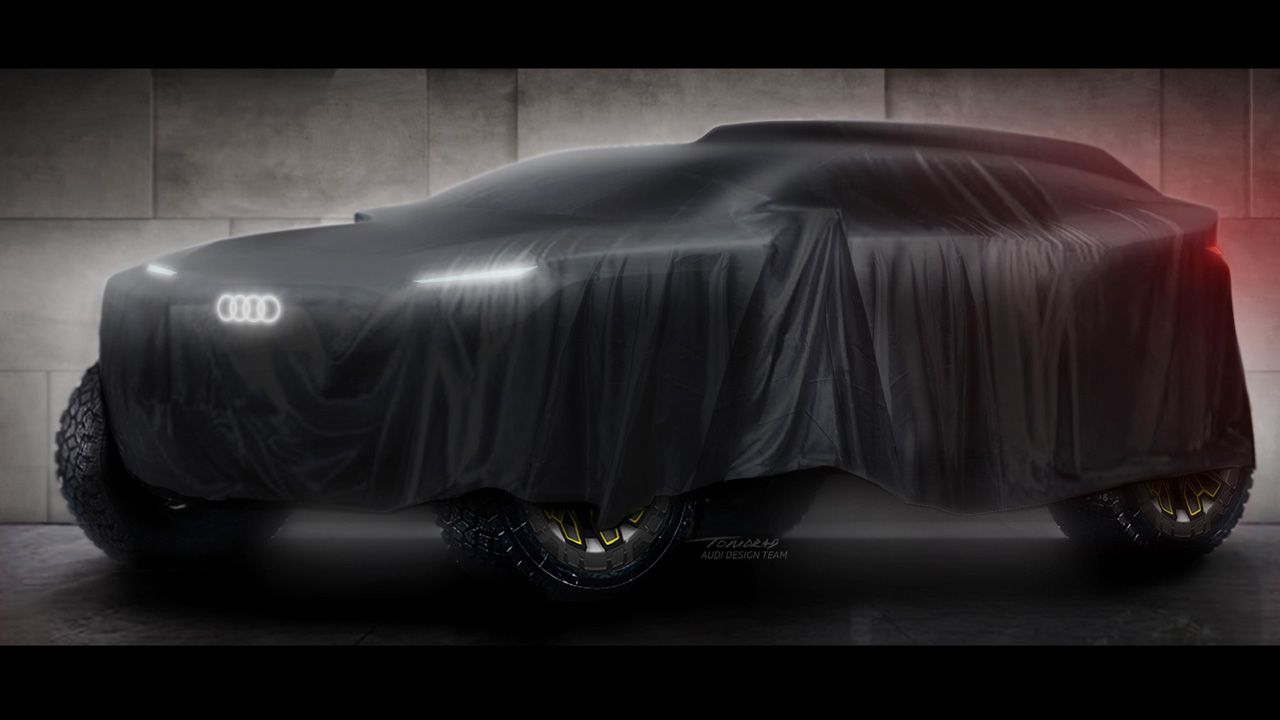 Audi's 2022 Dakar Rally debut means the end of the road for its factory involvement in Formula E. 2021 will be the German marque's final Formula E season as an independent constructor.

Audi's made a landmark announcement with respect to its involvement in international motorsport. The German marque is set to end its factory involvement in Formula E after the 2021 season. However, customer teams will continue to have access to Audi's new in-house developed FE powertrain beyond 2021. In exchange, Audi is all set to make a comeback to the international rallying scene by making its Dakar Rally debut in 2022. Further, Audi has even teased the off-road weapon it is developing for Dakar, and it'll be electrified!

Not much has been revealed about the offroader, but Audi has stated that its 'alternative drive concept combines an electric drivetrain with a high-voltage battery and a highly efficient energy converter'. In simpler terms, the fully-electric drivetrain will be powered by a high-voltage battery, and the latter can be charged on the go while driving on a TFSI petrol engine (energy converter).

According to Markus Duesmann (Chairman of the Board of Management – Technical Development and Product Lines at AUDI AG), around 40% of Audi's sales are expected to be achieved with purely-electric vehicles and plug-in hybrids by as early as 2025. 'This is why we are taking the next step in electrified motorsport by facing the most extreme conditions. The many technical freedoms offered by the Dakar Rally provide a perfect test laboratory for us in this respect,' he said.

On the sidelines of this announcement, Julius Seebach (MD – Audi Sport) said, 'We are intensively preparing to enter the new sports prototype category "LMDh" with its highlight races, the Daytona 24 Hours and Le Mans 24 Hours,' thereby hinting at Audi's future return to Le Mans. 'LMDh' stands for Le Mans Daytona hybrid, a new class in endurance racing. The LMDh class is expected to become active in Europe in 2022.