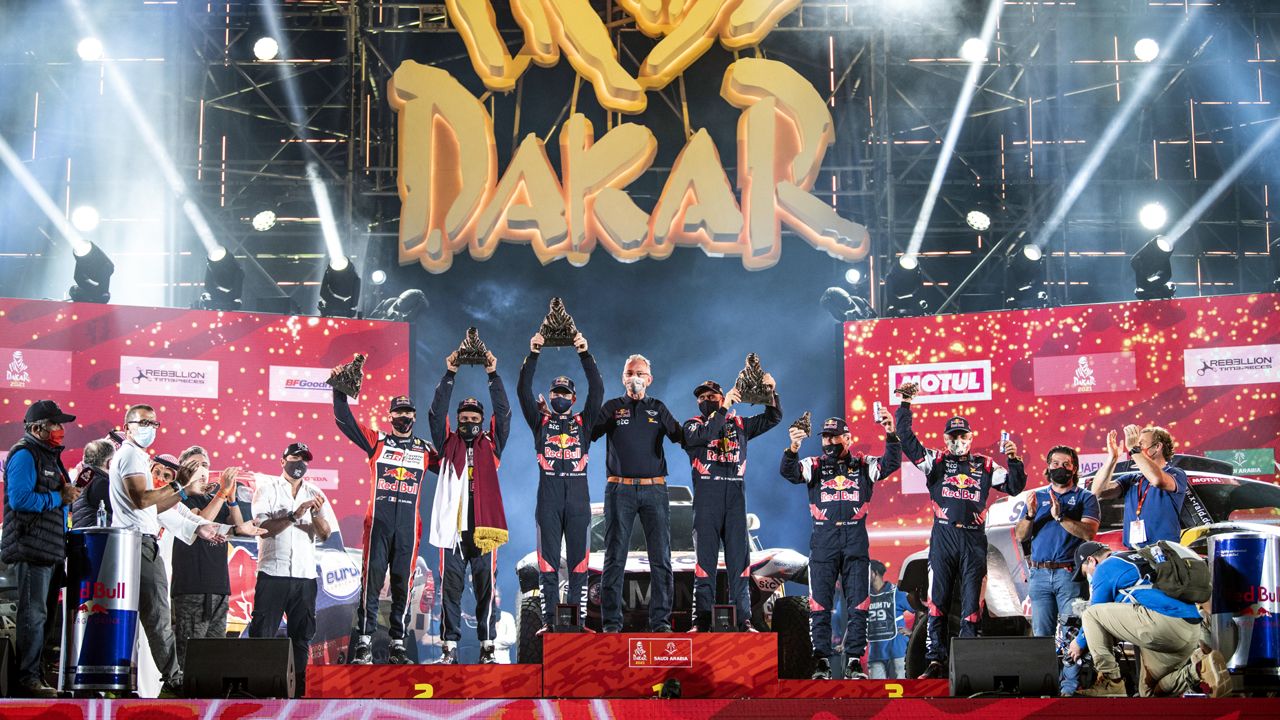 2021 witnessed the 43rd edition of the gruelling and notoriously difficult Dakar Rally and despite the challenging global scenario, the 14-day rally raid event successfully culminated on 15th January in Jeddah, Saudi Arabia. 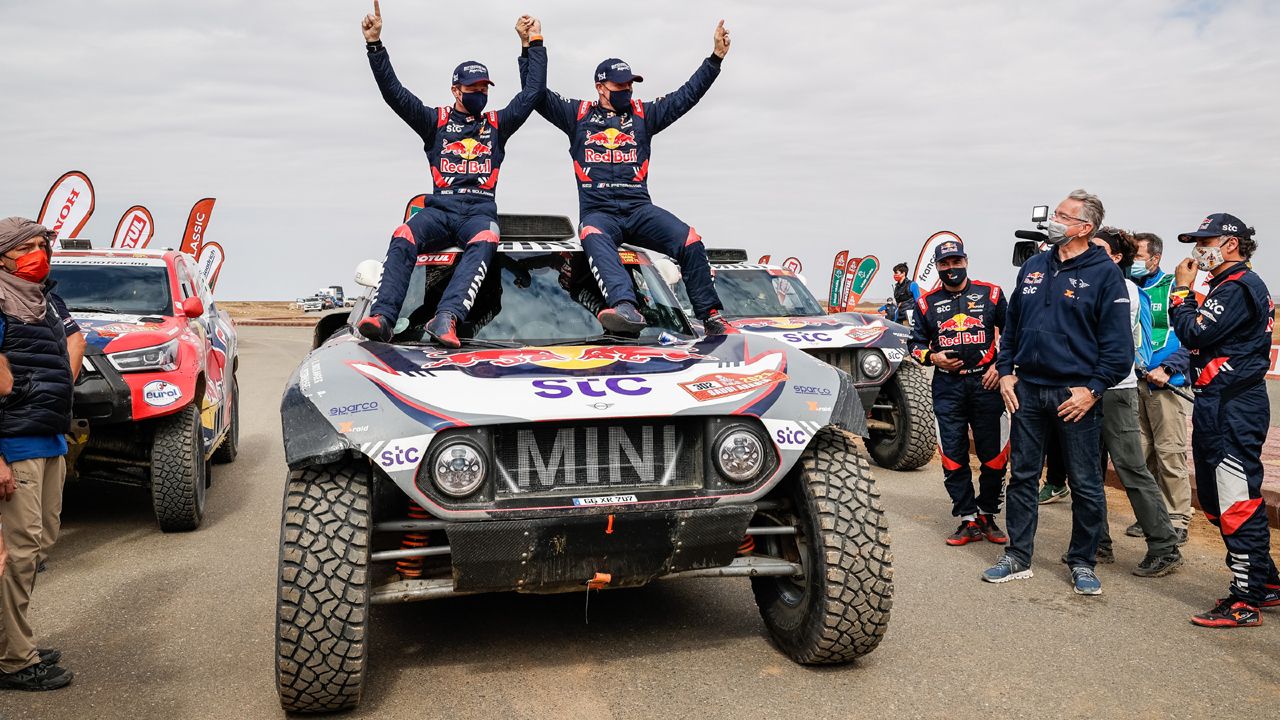 Famed Frenchman and Dakar veteran Stéphane Peterhansel (X-Raid MINI JCW) managed to secure his 14th Dakar title, exactly 30 years after winning his first one! Peterhansel had first contested the world's most fearsome off-road race in 1988 on a Yamaha motorbike and secured six titles in the Bike category, before switching to cars and scoring another seven desert victories in Africa and South America. This year, the Frenchman secured just one of the twelve-stage wins but showed top-notch consistency by finishing in the top-three in the remaining eleven stages. 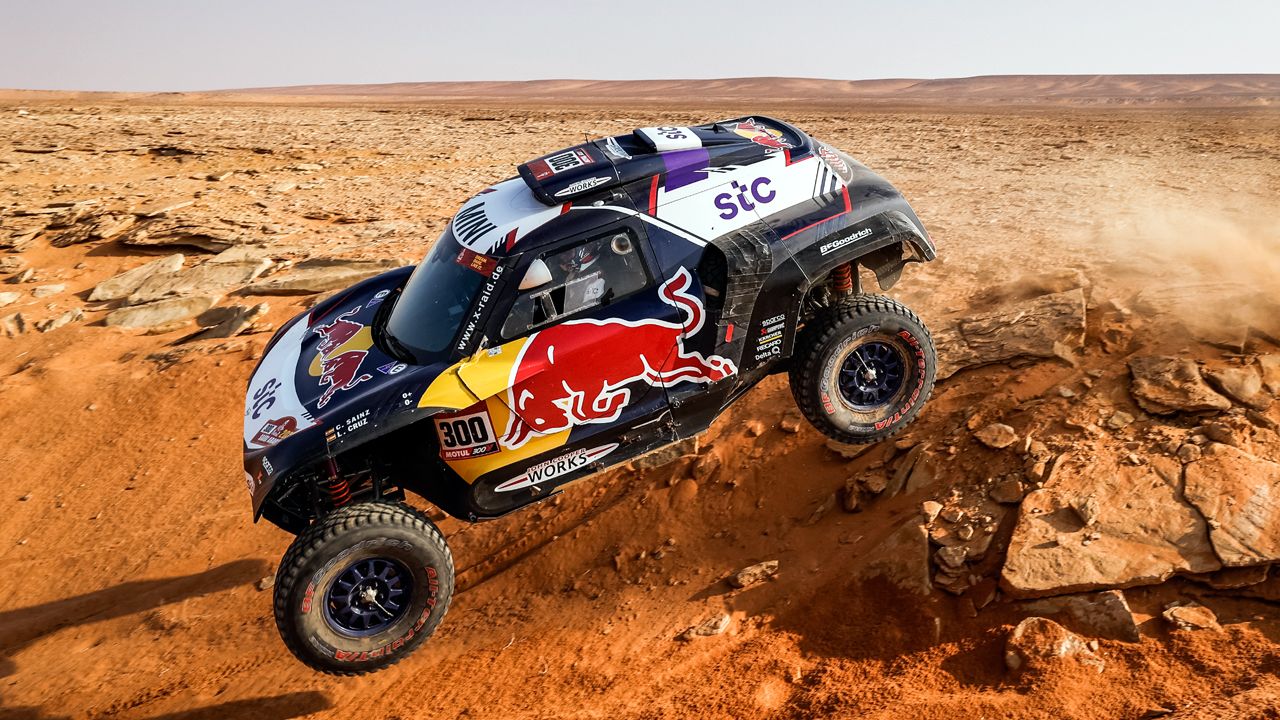 Sharing his thoughts on the record win, Peterhansel said, 'It was a really tough one this year, and there is always more pressure when you are the leader for so long. We had everything to lose, but we did a precise race, almost perfect. It's working really well inside the cockpit. It's a good feeling to have Edouard (Boulanger) next to me. This was his first Dakar in a top car, and he did a really excellent job.' 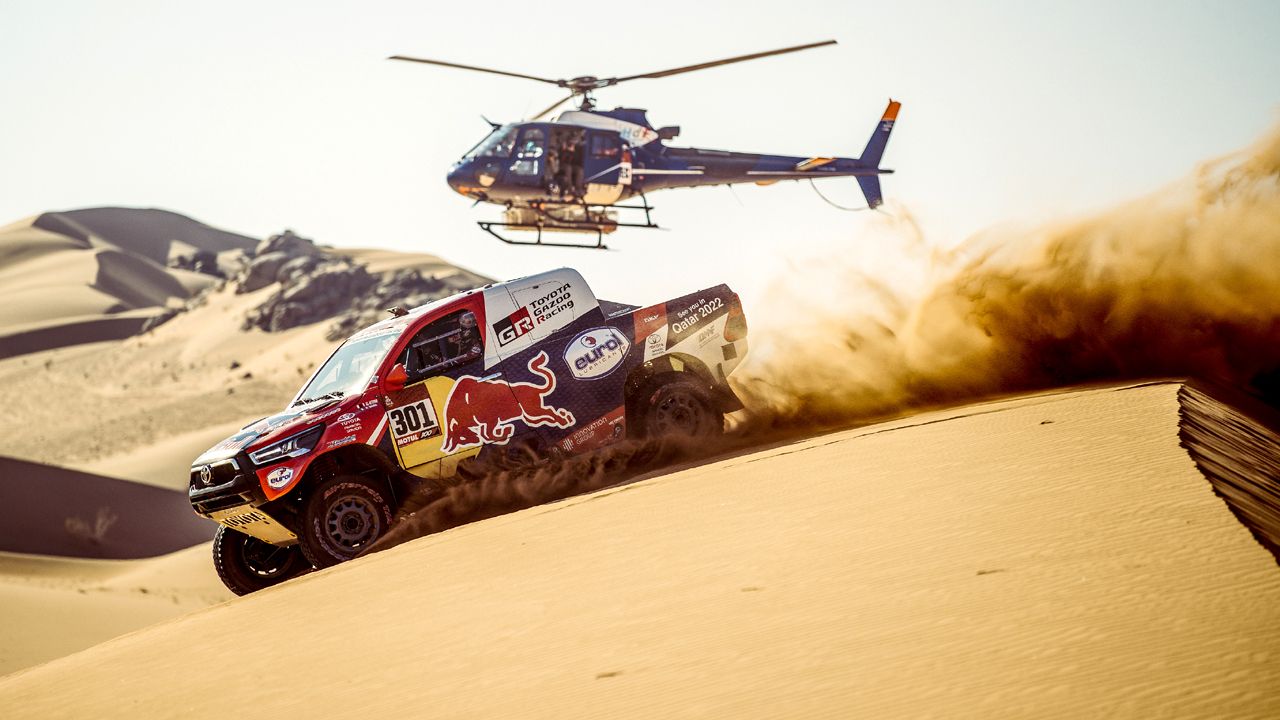 The 55-year-old Frenchman fended off every attack from main rivals Nasser Al-Attiyah and co-driver Matthieu Baumel (Toyota Gazoo Racing), who crossed the finish line in Jeddah in second place, behind Peterhansel by about 14 minutes. Peterhansel's teammate and 2020 Dakar champion Carlos Sainz Sr., with co-driver Lucas Cruz (X-Raid MINI JCW), swapped places with the former (Peterhansel finished third overall in 2020) and, this time, crossed the finish line in third place overall, making it a star-studded podium. 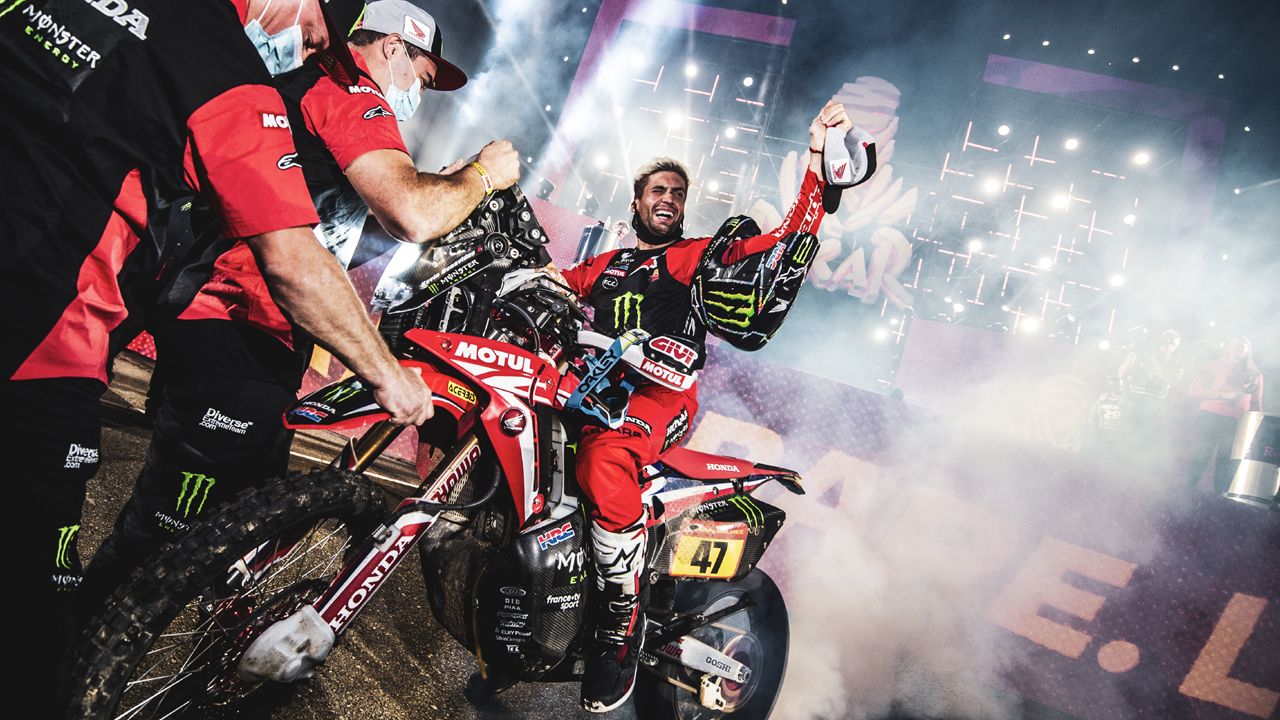 Meanwhile, Argentinian rider Kevin Benavides (Monster Energy Honda) clinched the 2021 Dakar title to become the first-ever South American rider to win in the Bike category, ahead of his American teammate and 2020 Dakar champion Ricky Brabec (Monster Energy Honda), who crossed the finish line in second place overall, behind by only about five minutes. With this, not only has Benavides fetched Honda its second consecutive Dakar victory (in the Bike category) but also its first one-two finish since 1987. 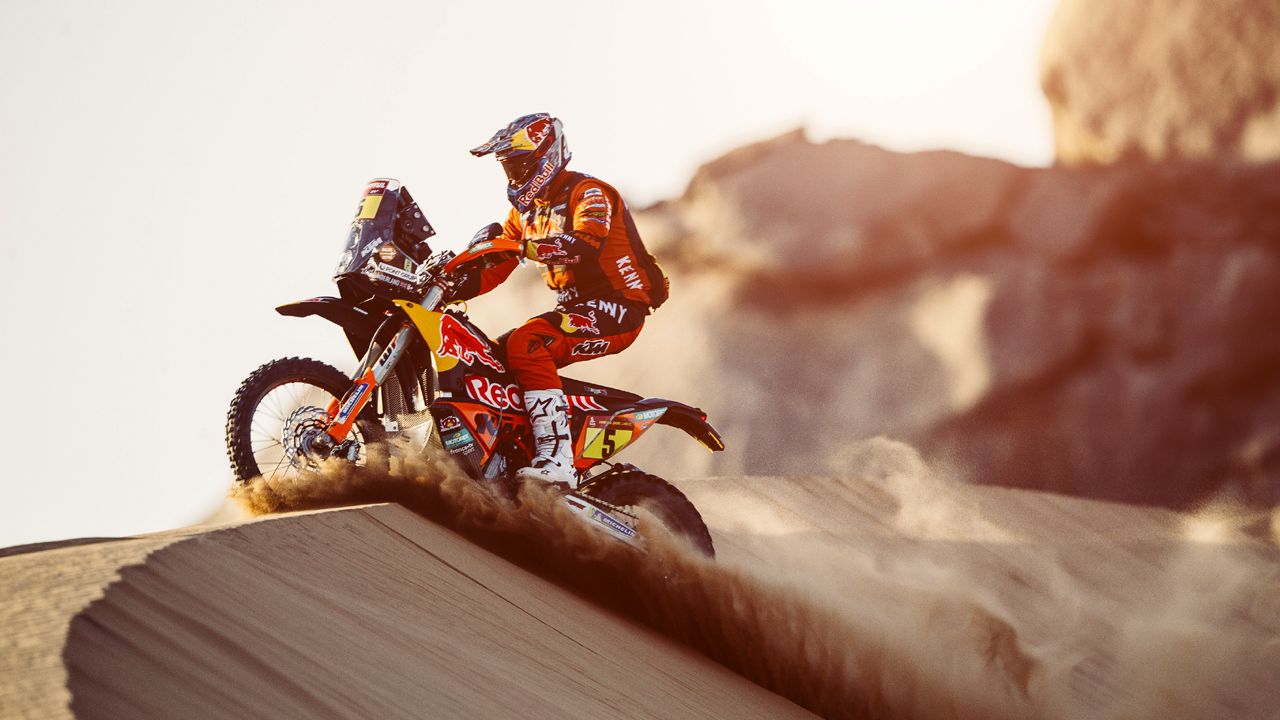 Last year, Toby Price had managed to secure the final spot on the podium for the Red Bull KTM factory team, but this time, it's been taken care of by Sam Sunderland – the British rider finished nearly 16 minutes behind Benavides, finishing third overall.

Despite some setbacks, the Indian contingent bagged its best-ever results at Dakar 2021. TVS Racing-backed privateer Harith Noah, in only his second-ever Dakar outing, finished 20th overall in the Bike category to become the first-ever Indian to finish in the Dakar top 20. Stage Four was especially challenging for Noah, as a high-speed crash left him with a damaged fuel tank and the extra refuelling stop added to his overall time. 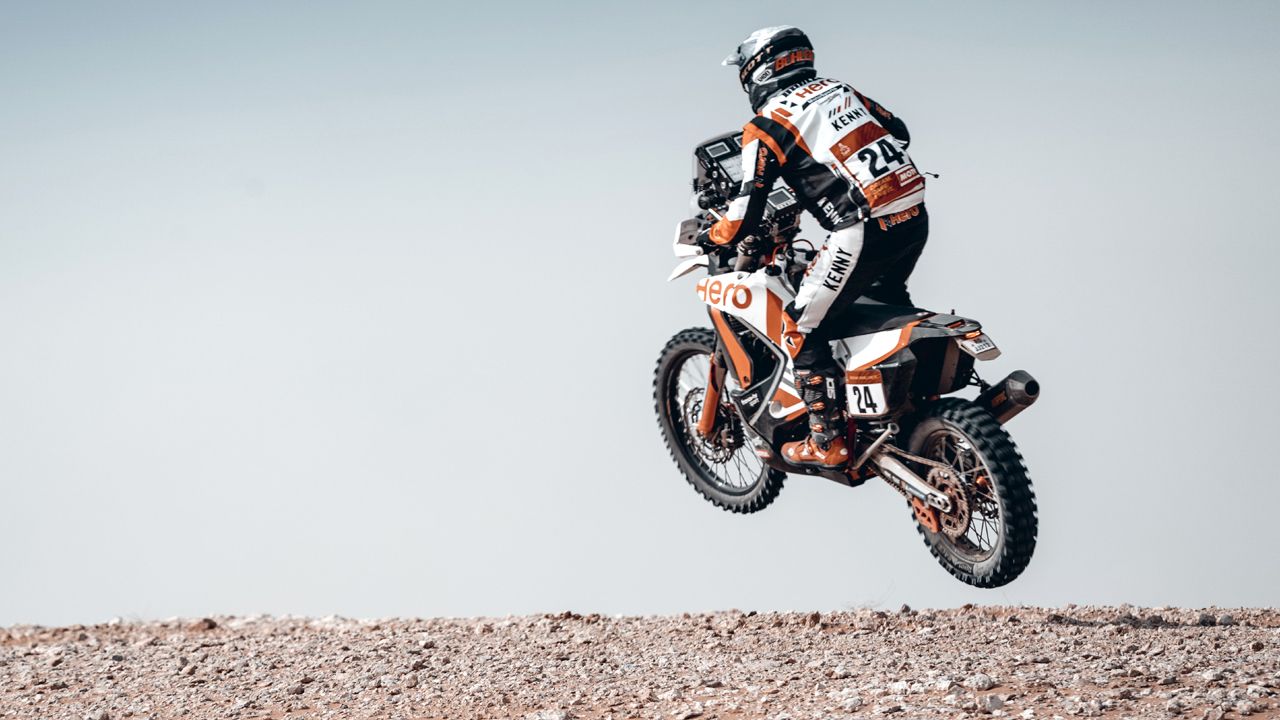 Homegrown race outfit Hero MotoSports' Joaquim Rodrigues (JRod) and Sebastian Bühler also fetched good results for the domestic team, as they ultimately secured 11th and 14th place finishes overall, respectively. Hero's third rider CS Santosh, who had been recovering in Riyadh post his Stage Four crash, has been flown back to India and is now out of the induced coma, as per latest updates. 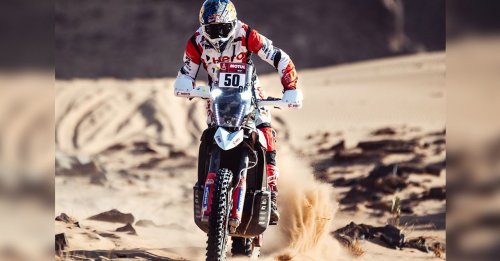