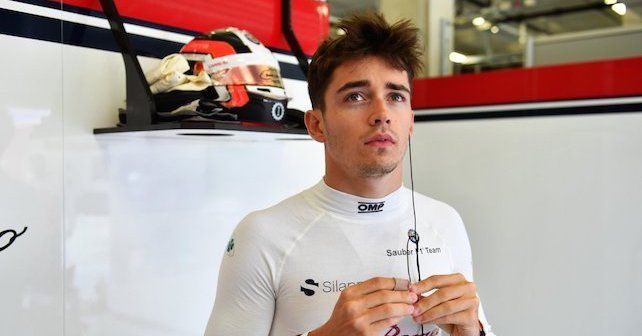 Charles Leclerc will become the 110th driver to have raced for Ferrari from the start of the next F1 season. (PHOTO: Sauber F1)

Monaco's Charles Leclerc will become the 110th driver to race for the Scuderia Ferrari Formula 1 team when he will replace Kimi Raikkonen at the end of the current F1 season.

Raikkonen will take Leclerc's place at Sauber for the 2019 and 2020 seasons.

The soon to be 21-year-old F1 debutant has been impressive in his first season of grand prix racing, as he has dragged the Ferrari-powered Alfa Romeo Sauber C37 to unexpectedly good results.

Leclerc has been supported by Ferrari's driver academy as he rose through the junior racing series before F1, which resulted in him winning the 2016 GP3 title and last year's FIA Formula 2 Championship title.

Leclerc was reportedly favoured by the former chairman and CEO of Ferrari, recently deceased Sergio Marchionne, who was keen to see the Monegasque step up to the Ferrari F1 team.

His calm approach to racing and ability to extract speed out of the rapidly improving C37 Sauber had many expecting him to take Raikkonen's place at Ferrari.