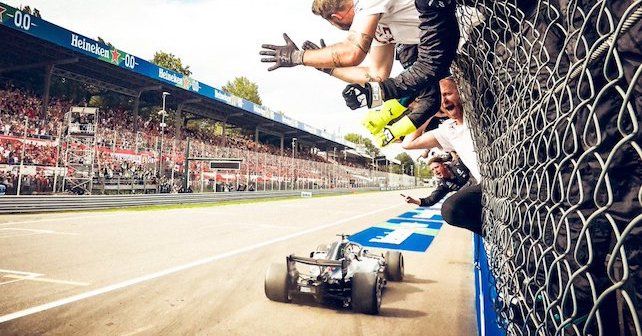 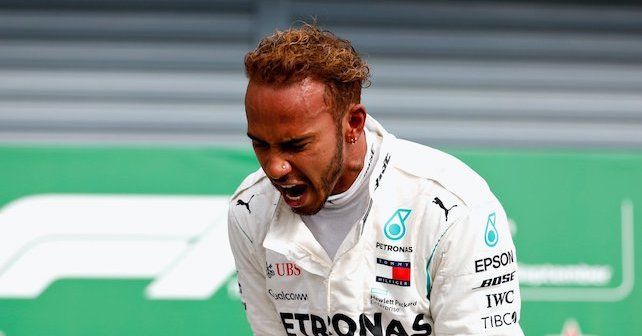 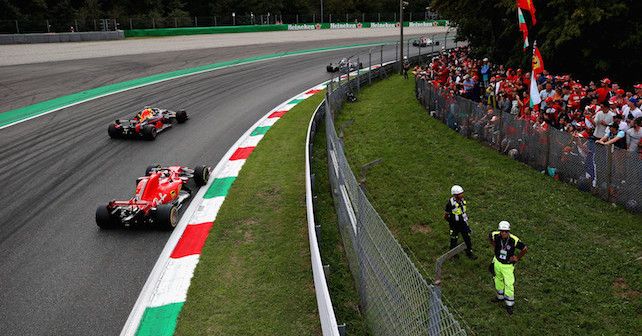 After Ferrari locked out the front row of the starting grid for the Italian Grand Prix in qualifying it was up to Lewis Hamilton and Mercedes AMG F1 to prove a win for either Kimi Raikkonen or Sebastian Vettel was not a forgone conclusion. And they succeeded in grand style to win a thrilling race at Monza.

The Autodromo Nazionale Monza, located north of Milan, is known as the 'Temple of Speed'. The 11-turn, 5.793km circuit is the fastest circuit on the F1 calendar and pole-sitter Raikkonen, Vettel and Hamilton all went faster than what was previously the fastest ever lap in F1 history in qualifying.

Coming off a victory at the Belgian Grand Prix - also held at a very fast circuit - Ferrari looked like favourites to win but Hamilton and Mercedes had some aces up their sleeves.

First was an aggressive start by Hamilton who took advantage of a bizzare move to the left by Vettel on the opening lap while heading into the second of three chicanes, which left a gap for the defending world champion to go for.

After having pulled alongside Vettel, Hamilton held his line going into the chicane without trying to run Vettel wide as the pair turned right. Vettel, however, got too close to Hamilton in his effort to regain second position and spun. Dropping down to the tail end of the grid and also suffering damage to the right side of his Ferrari's front wing.

Stopping for a new front nose-cone and wing section while the safety car came out limited some of the damage to his chances of winning, but it would be a hard slog for Vettel in order to score a decent amount of points.

Once the safety car period ended at the end of the fourth lap of the 53-lap race, Hamilton attacked Raikkonen and passed him while braking for the first chicane at the end of the start-finish straight. However, unlike his teammate Vettel, Raikkonen did not get flustered and re-passed Hamilton as the pair blasted through the fast right-hander Curva Grande and outbraked him at the second chicane.

But Raikkonen could not shake off Hamilton as the Mercedes driver remained within a second and a half of the popular Finn who Ferrari's Italian supporters - the Tifosi - were willing on to score the first win for Ferrari at Monza since 2010.

However, Mercedes' strategy of sending out their pit-crew and pretend to bring in one of their drivers wrong-footed Ferrari as Raikkonen was brought in on lap 21 while both Hamilton and his Mercedes teammate Valtteri Bottas continued to lap the circuit.

Raikkonen came out behind Bottas who held him up long enough to allow Hamilton to pit on lap 29 and make up time on the pair until he was on Raikkonen's tail. At that point Mercedes called in Bottas and the battle for the lead was on again.

On lap 45, with Raikkonen's tyres well past their best after being stuck behind Bottas, Hamilton made his move at the first chicane and blasted off into the distance to take victory by over eight seconds.

Bottas was a further six seconds adrift in third while Vettel got promoted to fourth after Red Bull-Renault's Max Verstappen was demoted from third place after receiving a five second penalty for causing a collision with Bottas.

The victory sees Hamiton's advantage to Vettel open up to 30 points with seven rounds remaining and Mercedes's advantage over Ferrari in the constructors' championship increase to 25 points.

The Singapore Grand Prix, to be held on the 14th to 16th September weekend, is the next round of what continues to be an exciting and engrossing battle for the F1 world championship.

The balance has swung from one protagonist to another and hopefully it remains that way.