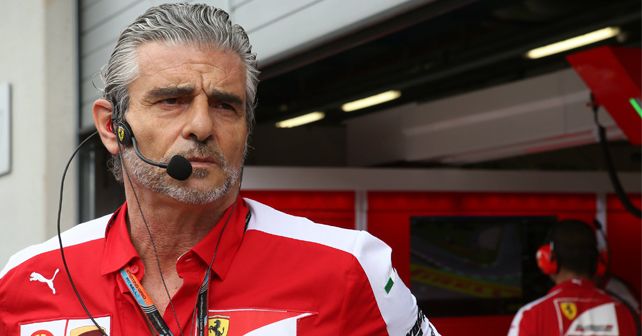 After serving as Ferrari's team principal for four years, Maurizio Arrivabene has been replaced by the team's current technical director, Mattia Binotto

Scuderia Ferrari has announced the departure of Maurizio Arrivabene from his role of team principal. Arrivabene will be replaced by the team’s technical director Mattia Binotto, effective immediately.

Arrivabene headed Ferrari’s F1 team for four years after he joined them in 2014. Prior to that, he was vice president at Philip Morris, the tobacco company, which has been one of Ferrari’s main sponsors in the sport. During his tenure, Ferrari re-emerged as a serious championship contender, but despite having a superior package at times, they couldn’t quite clinch driver or constructor’s titles in all these years, owing to the team's uncountable strategic mistakes. Ferrari’s decision to fire Arrivabene could very well be due to this very reason. Having said that, with Arrivabene at the helm, Ferrari clinched 14 victories, 71 podiums and 12 pole positions in 81 races.

Binotto, who will now take charge of Scuderia Ferrari as the team boss, has been with Ferrari since 1995 when he joined the company as a test engine engineer. In 2016, he was appointed as the technical director for Ferrari’s F1 operations.

It’d be interesting to see how the change in leadership affects Ferrari’s performance in the coming season. In 2018, the team definitely had the measure of Mercedes-AMG in terms of car performance, but they couldn’t beat them owing to the fact that red camp made a lot of unforced errors and had major strategic slip ups. This year, with a new team principal, and promising newcomer Charles Leclerc joining the four-time world champion Sebastian Vettel in the team, Ferrari would be hoping to finally beat Mercedes in the turbo hybrid era.