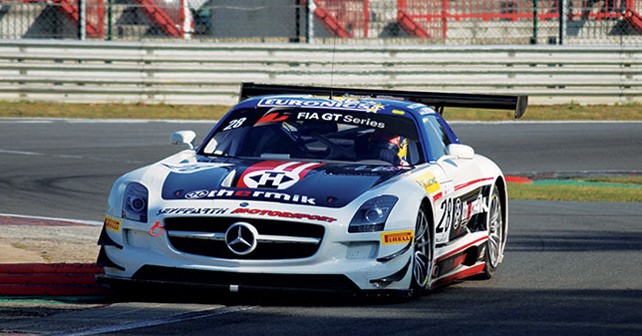 India’s second ever Formula 1 driver Karun Chandhok scored a fourth place overall finish in the FIA GT Series round’s main race at the Dutch circuit of Zandvoort on the July 6-7 weekend. Chandhok partnered with Germany’s Jan Seyffarth behind the wheel of a Mercedes-Benz SLS AMG GT3 car in the Pro Cup category of the series.

Also participating was former GP2 driver Armaan Ebrahim who is partnering with France’s Julien Jousse and Holland’s Melroy Heemskerk in the Pro-Am category with a BMW Z4 GT3. Ebrahim is part of the BMW Sports Trophy Team India squad along with Jousse and Heemskerk.
Ebrahim managed a ninth place overall finish in the main race, which was also good for a third place finish in the Pro-Am category.

Both drivers have forayed into endurance racing after a career largely comprising of single-seat racing, with Chandhok having twice participated in the 24 Hours of Le Mans as well.