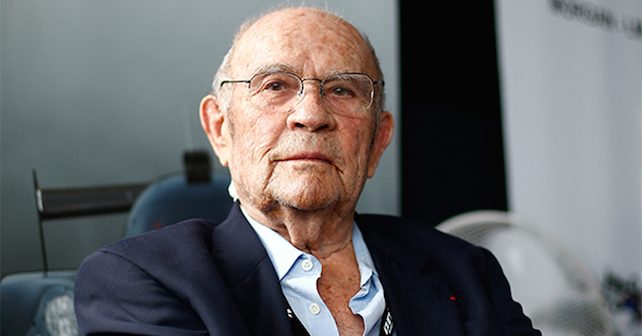 Former F1 driver and team owner Guy Ligier has passed away at the age of 85.

Having spent his early years as a rugby player, Ligier moved to racing in his late 20s, with his initial focus being on motorcycles.

A shift to four-wheelers paved way to Formula 1, with the Frenchman competing in 12 grands prix between 1966 and 1967. His best result was a sixth place result at the 1967 German Grand Prix.

However, Ligier would mostly be remembered for his successful stint at the helm of his eponymous team, which ran in F1 from 1976 and 1996. During this tenure, the Equipe Ligier team won nine races, with Olivier Panis’ surprise victory at Monaco in 1996 being the last for the squad.

Ligier's team was at its most competitive in 1979 and 1980 when the team finished third and second in the F1 constructors' championship, respectively. Between Patrick Depailler, Jacques Laffite and Didier Pironi, the team won five grands prix over the course of these two seasons. Laffite was the highest placed driver for the team in both those seasons, finishing fourth in the drivers' championship as well as in 1981 when the team switched from using Ford-Cosworth engines to Matra.

The team was later taken over by four-time F1 champion Alain Prost before being dissolved at the the end of 2001 with financial problems.