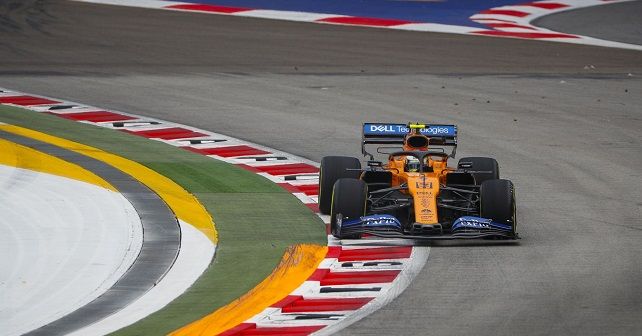 If rumours doing the rounds are to be believed, McLaren will be switching from Renault to Mercedes engines from 2021, after its contract ends with the French team in 2020.

Word is out that McLaren is going to be switching from Renault to Mercedes engines from 2021. According to our columnist and one of the leading Formula 1 journalists, Joe Saward, the deal is almost done and an official confirmation should be out anytime soon.

McLaren and Mercedes’ partnership goes a long way back as the two worked together from 1995 to 2014. During this period, the team won three drivers’ championship with Mika Hakkinen in 1998 and 1999, while in 2008, Lewis Hamilton bagged the team’s last championship. In 2014, McLaren decided to switch to Honda and ended ties with Mercedes. However, with Honda, McLaren’s performance was nothing to write home about, and one could also say that they struggled even more. McLaren decided to end partnership with Honda after three years and have been using Renault engines since 2018. McLaren and Renault’s contract ends in 2020, which makes perfect sense as Mercedes and McLaren will be reportedly united again in 2021 and McLaren will use Mercedes engines until 2024.

McLaren’s decision to source engines from Mercedes is understood because the German team is at the top of their game at the moment. Sure, McLaren has shown clear improvements with Renault engines in the past two seasons and they’re running fourth in the championship this year, but with the exception of Ferrari, Mercedes undoubtedly has the most powerful, as well as the most reliable power unit in F1. Same cannot be said about Renault though.

If McLaren and Mercedes join hands, which is highly likely given the rumours doing the rounds, then Renault will be left without any customer in the paddock from 2021, except its own racing team, of course. Mercedes, on the other hand, will have four teams – Mercedes-AMG, Williams, Racing Point F1, and McLaren. However, under the current F1 guidelines, an engine manufacturer can only supply to a maximum of three teams, unless they are granted permission by the governing body. With the kind of influence, both Mercedes and McLaren have in F1, getting ‘permission’ shouldn’t be a problem though.

Can you have too much of a good thing in F1?