Regardless of your time zone, we hope you took the trouble to watch the Formula 1 Bahrain Grand Prix yesterday that was held at the Bahrain International Circuit in Sakhir. A venue at which the new generation of technologically radical F1 cars had tested in pre-season testing served up a thrilling race that went down to the wire between the Mercedes AMG F1 pairing of Lewish Hamilton and Nico Rosberg; in which it was the 2008 world champion Hamilton who came out on top by a margin of just 1.085 seconds.

The win was Hamilton's 24th career F1 win that puts him level on the all-time table of career wins with legendary five-time champion Juan Manuel Fangio who won his second and third titles with the factory Mercedes team.

The 57-lap race saw wheel-to-wheel action starting from the front row of the grid that had been locked out by Rosberg and Hamilton in qualifying and down to the midfield where drivers battled as intensely with those outside of their teammates as those who same F1 pit garage.

Sahara Force India F1 drivers Sergio Perez and Nico Hulkenberg were engaged in a race long battle as were Williams Racing's Felipe Massa and Valtteri Bottas. It was a battle for the final podium position that went to Perez, who seemed to have re-discovered his 2012 form where he used his ability to save his tyres for a late race charge in order to steal podiums and even threaten to beat established F1 champions to victory.

On this occasion, under the lights of the Sakhir circuit - that hosted its first ever night-time F1 race - Perez fought off Hulkenberg and the squabbling Williams Racing pair to be the 'best of the rest' behind the mighty Mercedes works team.

Massa and Bottas - the Finn had qualified fourth and started third - had to watch their podium challenge fall apart in the face of an attack by both the Force India drivers as well as the Red Bull Racing drivers Daniel Ricciardo and defending four-time F1 champion Sebastian Vettel, who put on a late race charge to take fourth and sixth places while Hulkenberg's Force India took fifth.

Ricciardo raced hard and triumphed against Vettel twice, crucially doing so in the closing stages of the race to wrap up a weekend where he comfortably put the defending F1 champion in the shade. During qualifying the Australian - who replaced his outgoing compatriot Mark Webber - qualified third but was forced to drop back ten places on the starting grid.

Ricciardo's grid position was bettered only by the Mercedes AMG F1 drivers while Vettel was knocked out in the second segment of qualifying.

The drop was on account of a penalty that Ricciardo picked up during the Malaysian Grand Prix because of an unsafe release by defending F1 constructors' champions Red Bull Racing who managed to get two cars to the finish for the first time this season.

The thrilling race was, however, marred by Lotus F1's Pastor Maldonado driving straight into Esteban Gutierrez's Sauber F1 at the first corner of the circuit at the start of the 32nd lap and launching the Mexican's car into a frightening roll that prompted a retirement but left Gutierrez, thanfkully, unhurt.

The race seemed like an affirmation of the new-look F1 (with the exception of unsightly front noses on some teams) that had come under increasingly bitter attack by the sport's promoter Bernie Ecclestone, Red Bull owner Dietrich Mateschitz and Ferrari's Luca Di Montezemolo. The latter two have struggled to match Mercedes while it is believed that Ecclestone has a vested interest in trying to rally opinion against the new regulations with regards to the future ownership of F1.

Contrary to the drumbeats of these three influential parties (centred mainly on the sound generated by the new power units) the Australian and Malaysian rounds of the F1 season were hard fought affairs - for the win between the Mercedes pair and among everyone else for lower placings - while the Bahrain round was genuinely thrilling.

Due to the cars having tested at the Bahrain International Circuit extensively in pre-season testing, the pace was much closer to last year's F1 machines that were 50 kilos lighter, had more downforce and used a normally aspirated V-8 engine that revved higher than the 1.6 litre, V-6, turbocharged F1 engines that are being used now.

Hamilton's race winning time of 1 hour, 39 minutes and 42.743 seconds was just under four minutes slower than that of 2013 winner Sebastian Vettel despite the late race appearance of a safety car on Sunday's race that caused the field to be bunched up going into the final 12 laps.

It is believed that the new generation of cars will continue to get progressively faster as the European leg of the season kicks off at the Spanish Grand Prix on May 11 after April 20's Chinese Grand Prix at Shanghai. 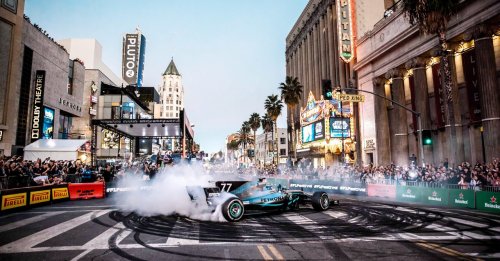 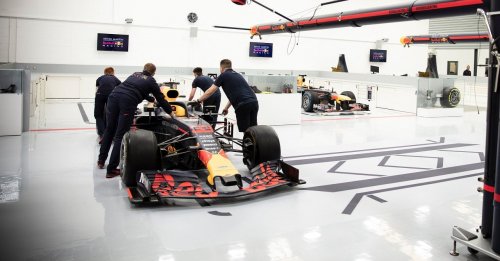 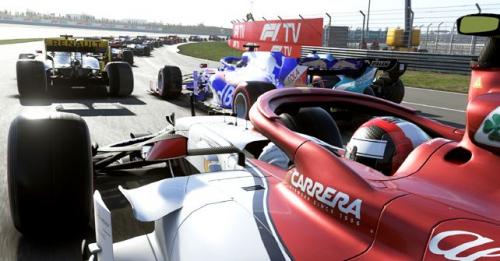