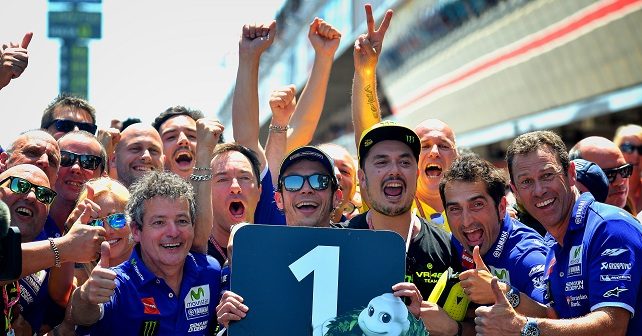 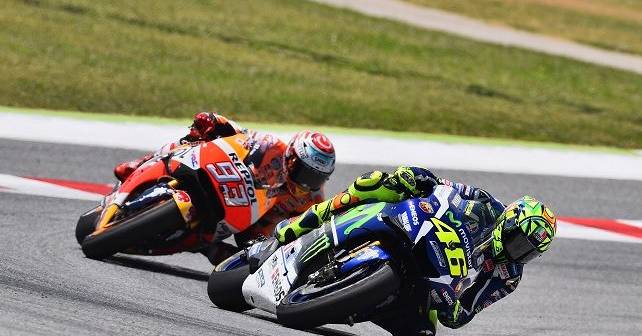 Former seven-time MotoGP world champion Valentino Rossi won the Catalan GP for the first time since 2009 and in doing so managed to get back in contention for the world championship as pole-sitter Marc Marquez finished second after a thrilling battle between the two. Meanwhile the Italian´s Yamaha teammate Jorge Lorenzo visibly struggled as he fell back to fifth place despite getting the jump on Marquez at the start and leading in the early stages of the 25 lap race.

Lorenzo got passed by Rossi, who had managed to fight his way to the front after dropping to sixth place from his fifth place starting grid slot, and then by Marquez, Dani Pedrosa and Maverick Vinales before a badly executed late braking maneuver by Ducati´s Andrea Iannone took both him and the Spaniard out of the race.

As Rossi led the race, he was unable to shake Marquez, who managed to make up ground on him and even pass the Italian as the race neared its conclusion with less than five laps left. However, with little confidence in his tyres - Michelin had produced an all-new compound to cope with the slippery and ageing track surface of the 4.655 km Circuit de Barcelona-Catalunya - Marquez was re-passed by Rossi and then settled back to take the 20 points that came with the second place.

The result sees Marquez lead the riders´ championship with 125 points, followed by Lorenzo with 115 and Rossi with 103.