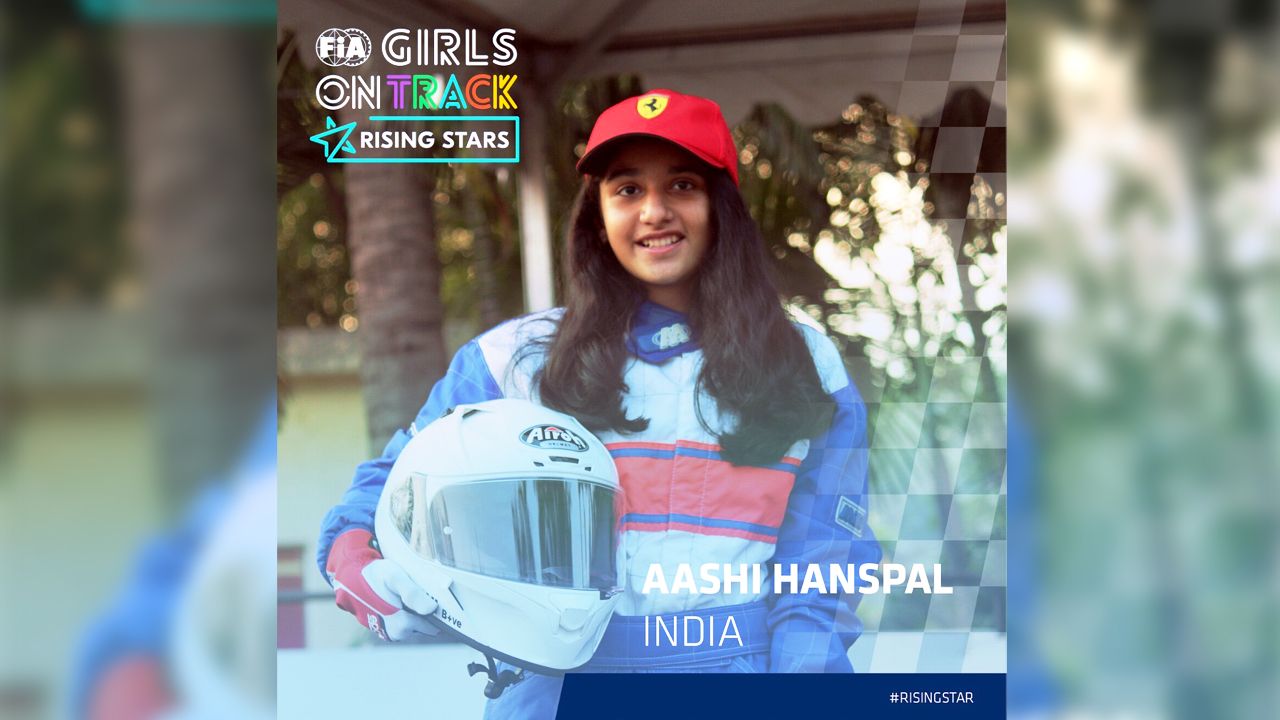 For two out of the twenty shortlisted racers, this road could lead to a full-time training opportunity with the Ferrari Driver Academy (FDA) and a potential spot in the FIA Formula 4 (F4) junior championships.

13-year-old Mumbai-based racer Aashi Hanspal has achieved a historic milestone in the Indian motorsport fraternity as she is officially one of only 20 female racers shortlisted from across the globe for the ambitious FIA Girls on Track - Rising Stars Project. The announcement was recently made by the Federation of Motorsport Clubs of India (FMSCI), the country's motorsport governing body.

'Should you be successful, you will join our training camps, and potentially have the opportunity to become (Team Ferrari’s) first-ever female driver obtaining a partnership agreement with the Ferrari Driver Academy, including participation in an FIA Formula 4 racing season,' said Michele Mouton, President of the FIA Women in Motorsport Commission, in her letter to Aashi Hanspal. Apart from Mouton, the list of FIA Girls on Track Ambassadors also includes the likes of Susie Wolff & Tatiana Calderon.

'We are really pleased to be collaborating with the FIA in this innovative Girls on Track - Rising Stars programme. We are firm believers in the value of helping youngsters develop in motorsport. Who knows, maybe one day, we will once again see a woman competing in a Formula 1 World Championship race for the first time since 1976,' said Scuderia Ferrari Principal Mattia Binotto at the launch of the programme in June 2020.

In October 2020, Aashi will be joined by 19 other shortlisted contenders at the Paul Ricard Circuit in France for a classic 'Shoot Out' session. From there, 12 candidates will be selected for Training Camp 1 (Karting), which will also be held in the same month. In November, the eight candidates who manage to clear Training Camp 1 will be promoted to Training Camp 2 (F4) where they will compete for a spot in the top four.

The last step of the FIA Girls on Track - Rising Stars Project will be the Ferrari Driver Academy (FDA) Training Camp (F4) in Maranello, Italy, that will also take place in November. This will be the final barrier between the two lucky individuals and a full-time training opportunity with the FDA.

Trained under the keen eye of one of India's leading motorsport coaches, Rayomand Banajee, at the Rayo Racing Academy, Aashi secured five podium finishes during her maiden national karting season last year. She was also conferred the 'Outstanding Women in Motorsports' award by the FMSCI for her achievements.