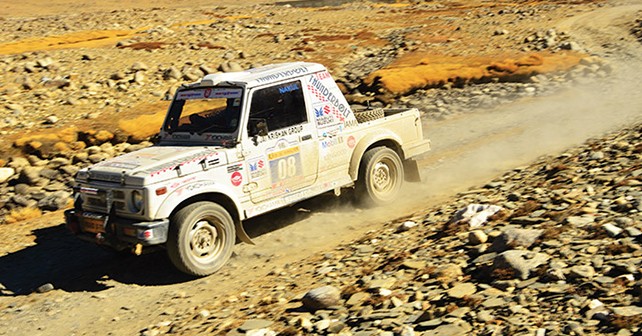 Suresh Rana didn’t win the Raid? How did that happen?! After nine victories at what has been billed as ‘the world’s highest motorsport battle arena’ the factory Maruti-Suzuki driver’s failure to add a tenth winner’s trophy to his collection, it was getting hard to imagine anyone else winning the storied event.

That too as a result of a mistake by Rana. But that is exactly what happened during the 16th Maruti-Suzuki Raid de Himalaya this year.

Rana was leading the rally by over six minutes when en route to Nakee La Pass he failed to negotiate a sharpish right hand turn in his Grand Vitara and went straight off the road and down a short descent. 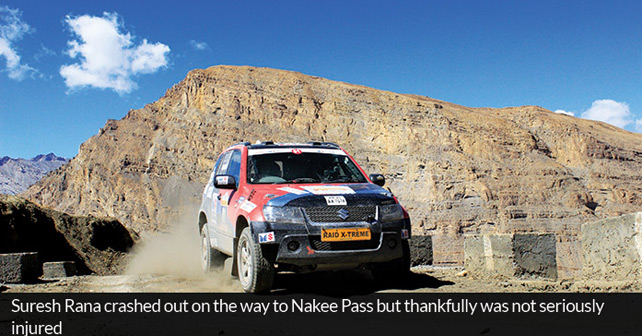 Thankfully Rana and his co-driver were fine but it meant that he would not be on the winner’s step for either the Desert Storm – won by Mahindra’s Sunny Siddhu – and India’s signature off-road motorsport event.

Picking up the pieces in the Xtreme four wheel event following Rana’s accident was Amartejpal Buwal and co-driver Nakul Mendiratta in an ever reliable Gypsy.

The team of A.V.S. Gill and Karan Jung were second as the event drew to a close. The Xtreme two wheel category was of slightly reduced interest to followers of the Raid this year due to 2012 winner C.S. Santosh not participating.

A run of bad luck that could be traced to airport customs prevented the Bangalore native from repeating his win last year. Since then Santosh has been focusing on participating in is dream event; the Dakar Rally.

In his absence R. Natraj – who finished third last year – won while riding a TVS RTR 450FX ahead of Suresh Babu and Saurabh Handa.

Adding a bit of Bollywood ‘glamour’ to the event was Sohail Khan – younger brother of Salman – who competed in the Adventure Trial section in a Gypsy.

Although one hopes that someday Nissan Motorsport considers the event more than it already is and goes ahead with its idea of entering a privateer Terrano in the Raid. That would add some real extra glamour to the event. 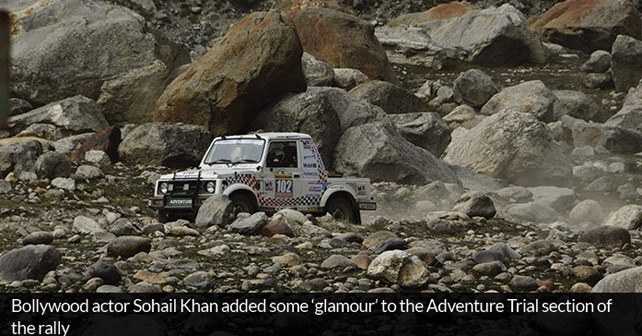