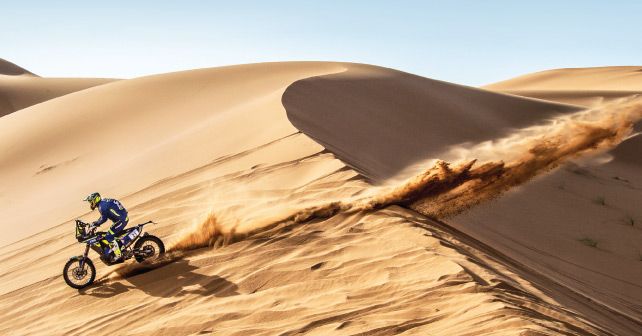 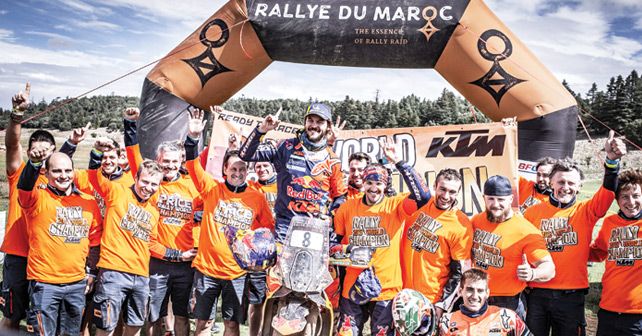 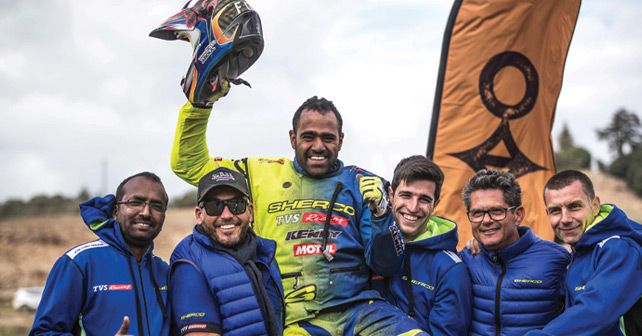 Toby Price of the KTM Factory Rally Team won the new look Rallye Du Maroc in the Moto category. The rally kicked off at Fes, the oldest imperial cities in Morocco, then headed to the rocky terrain along the Atlas Mountains and signed off at the oasis town of Erfoud in the Sahara Desert. As this was also the fifth and final stage of the FIM Cross-Country Rallies World Championship, by clinching the overall victory, Price was also crowned the new world champion. By winning two stages along with bonus points, the 2016 Dakar Rally winner defeated the defending champion Pablo Quintanilla and bagged the 2018 world title by a slender margin of six points.

There was some good news for Sherco TVS Factory Racing Team, as the two-time Raid de Himalaya winner Abdul Wahid Tanveer finished second in the over-all Enduro category. Making his Rallye du Marco debut, Tanveer won the Prologue and put up a consistent performance throughout the rally. Tanveer dominated Stage 5, as he set the fastest time on the final day. After the race, Tanveer said, ‘I am thrilled to finish my debut Rally of Morocco in second position. The Rally was quite difficult, and I have learnt a lot of navigational tricks in the stages.’

Coming to the Moto category, Harith Noah, making his debut on the International stage, showed a lot of grit and strength, as he finished 27th while nursing a knee injury. Interestingly, the debutant finished ahead of his experienced team mates Adrien Metge and Lorenzo Santolino, who finished the Rally at P29 and P31, respectively. Both had showed a lot of promise with strong performances in a few stages, but Metge crashed in Stage 4 and as a result damaged his bike. In Lorenzo’s case, the bike suffered technical snags, therefore, he was marred by penalties, which affected his over-all ranking.

Speaking to the media after the rally, team manager David Casteu was happy with all four riders’ performance and said, ‘Tanveer has made us proud. He has shown tremendous strength and great performance in the last five days, while keeping his bike in its best form.’